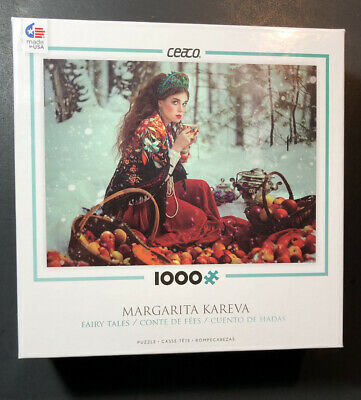 We used to do things in this country, to amuse ourselves, before smart phones.

If you read my blog over the last decade (brave soul!) you may recall that when I started this blog, I had a basic flip-phone with no texting or internet or anything.  Eventually, I had to join the pod people as today, well, you can't exist without a smart phone.  It is like living in the USA without a car.  Yea, maybe it might work, in some select areas, if you work at it.  But in the country? Or even the suburbs?  Particularly the suburbs?  It just isn't going to work.

We use our phones for everything these days.  Ironically, making phone calls isn't one of the things we use them for.  No one talks on the phone anymore, except maybe old Boomers.  Everyone texts.

As we travel a lot, we got tired of trying to use iffy wifi services or paying a lot for a "hotspot" device.  Your cell phone is a hot spot.  So we pulled the plug on everything and went to all cellular, using the phone's hotspot to watch streaming television, surf the net, or whatever.  So far, it has worked out well, but of course, once the telcos find out we're having too much fun with that, they'll pull the plug.  They may have already found out.  Prices are going up and service is slowing down.

But in a way, that is a good thing - less "screen time" is better than more.  And the telcos might be shooting themselves in the foot if they make using the smart phone too much of a hassle - we might just decide to use it less and less.

Mark was concerned that both of us are staring at the phone too much - checking the "news" or various sites at all times - before we go to bed, first thing in the morning.  It is disturbing.  It is addictive.  So he said, "we need less screen time, let's do something else!  How about a puzzle?"

So we went to the library in the basement of the Club Hotel.  It is run by the local Rotary Club.  And they had a stack of jigsaw puzzles there and we borrowed one.   It took us about five days of on-and-off again work to put it together. You know the drill - you start with the edges and then put together the patterned or colored pieces and then fill in the great blank spots last.

I tended to organize the pieces by shape and line them up in little rows.  Mark tended to organize by color, looking for a piece with the right color pattern.  It was Aspergers' versus ADHD and between us we got the puzzle put together.  His technique worked well on the sections where there was color patterns.  My technique worked on the large boring monochrome parts, where it was all about shape.

It was fun, and when you found a piece that fit and tapped it into place, it gave you that mild dopamine "rush" you used to get from a funny cat video on YouTube.  In a way, the similarities are interesting. Doing a jigsaw puzzle is an utter waste of your time, and yet there is some innate satisfaction in "solving" the puzzle, which is not really that much of an accomplishment, if you think about it.  It was a puzzle designed to be solved.

I was kidding Mark that my YouTube feed will now fill up with jigsaw videos.  I'll start getting junk mail asking me to subscribe to Jigsaw Monthly.  I will get "suggested products" on Amazon or eBay including various jigsaw puzzles and accessories (The jigsaw lamp! The jigsaw magnifier!  The folding jigsaw table!).  We'll be asked to join the "Jekyll Island Jigsawers" (they were going to call themselves "Jiggers" but felt that might be construed as racist).  We would get vanity license plates that say, "JI PUZLR" and a bumper sticker that says,"I'd Rather Be Puzzling!" or "Get Jiggy With It!"

You laugh, I am sure most of these things exist.  And yes, they have "online jigsaw puzzles" although I am not sure how that would work - or whether I want to find out.  It sort of defeats the purpose of "less screen time" in my book.

Speaking of books, Mark was ordering a book about tourism in Minnesota (our destination this year) and found "e-book" versions online for $9.99 to $12.99 as well as an e-book "borrow" feature for a few dollars.  He also found a used paperback copy on Amazon for $6.50 with free shipping (from a private seller).  There are some things that just don't work well on the small screen, and tour books is one of them.  Many have maps - some that fold out - and they don't really work well on a phone or pad.  I know this, as I have tried this in the past.  For whatever reason, the words on the screen just don't seem as real or as enjoyable as words on a page.  All that scrolling!  It is a pain-in-the-ass.

Funny, too, I remember Jeff Bezos, years ago, going on the Daily Show with Jon Stewart, to promote this newfangled "Kindle" device.  It actually worked well with the black on white image, no backlight, and a battery life measured in weeks. I still have one, but haven't charged it in years.  It's in a drawer, somewhere, with other dead electronics.  It was easier to just use the pad or phone, particularly after I downloaded a few thousand bootleg books onto it.

We finished the puzzle and have let it sit for a while. But like a Christmas tree, eventually you have to take it down and put it away.  Maybe we'll get another puzzle from the Rotary Club library.  Or maybe we'll try something else.

But damn, it is tough to break the addictive nature of the smart phone and social media, he says, typing on Blogger....