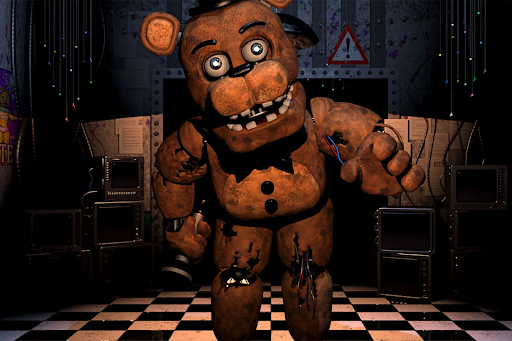 It was inevitable that something had to give....

Maybe a post-pandemic recession is akin to a post-war recession.  All that spending on what is ultimately wasteful things, must come to an end.  And an economy pumped up with borrowed money eventually has to deflate somewhat.  But it a recession upon us?  Maybe.

As others have noted, it is long past due for the Fed to raise interest rates and event though they haven't been raised yet, people are reacting to the talk of it.  If you are writing 30-year mortgages, you have to factor in higher interest rates down the road - which is why, even in an era of 0% rates from the Fed, mortgage rates never went much below 3%.  There is risk involved, and not just of default.

I think another effect will come into play.  People are putting up with higher prices as they view this as a "temporary" measure due to the pandemic, as the Fed Chairman once said.  It is becoming abundantly clear that due to higher labor costs, tensions with China, and just plain old greed, that higher prices are pretty much here to stay.  It takes a long time and a lot of sharp competition for prices to come down.  But right now, what is the incentive to lower prices at all?  Whatever it is you are selling, your competitor across town is selling for the same price.  And since supplies are short, well, what's the point in price-cutting?

People will start to cut back on spending and perhaps they already are.  Two hyped stocks recently took a nosedive - Peloton and Netflix.  The financial media breathlessly reports about millions of "market cap" that were "lost" as a result - but we all know that Market Cap is nonsense and those millions never existed in the first place.  What happened with Netflix was pretty predictable.  The stock was overpriced, with a P/E ratio over 40 (compared to most television production companies having a P/E ratio less than 10!).   A decent ration in this day and age would be about 20 - particularly with interest rates rising - more about that later.

Netflix is facing competition from other online streaming services. As I noted before, what we do is stream one service for a month, see all there is to see there, and then maybe go with no services for a month, before we try another service.  We recently signed up for one month of Disney+ because Mark liked "The Mandlorian" (which surprised me, but like all Star Wars movies, it was more like a Samurai movie than SciFi ).  We watched a few episodes of "Boba Fett" and gave up - it was not as good, and in fact, kind of ridiculous.  The fact they handed out episodes weekly instead of all at once was the nail in the coffin.  We'll come back when all the episodes are online.  As for the rest of Disney+ there isn't a lot of "there" there.

On the other hand, if you want to watch great old Film Noir movies, commercial-free on YouTube, you can.  We just saw Humphrey Bogart and Zero Mostel in The Enforcer which was probably considered a "B" movie at the time, but was still classic Noir.  You'd be surprised how much free content there is online.  But I digress.

The problem for Netflix was that their subscriber base wasn't growing as fast as expected.  With a high P/E ratio, people are betting on expanding the subscriber base and thus profitability over time.  But just as many people disconnect as connect (folks like me, who dive in and out) and likely they will put an end to this by offering only yearly subscriptions or allowing you to watch only one or two episodes of a series per week.  Just as YouTube took most of the tun away, most of the other streaming services will do likewise when there is money involved.

Netflix claims that all the competition from other online services isn't affecting their bottom line. But we all know that isn't true.

Peloton made big news by selling fancy exercise bikes and treadmills during the pandemic- for thousands of dollars each plus a subscription service.  Apparently everyone who wanted one got one, and then the fad died out.  All these exercise fads are the same way and have the same story arc.  They start out as New Year's resolutions and end up as being expensive laundry drying racks. 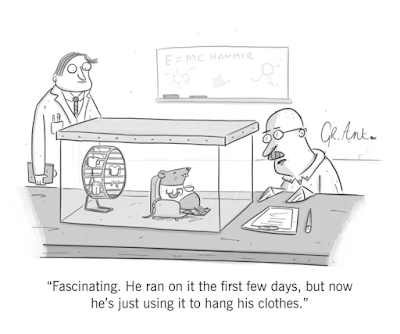 The problem Peloton had was they assumed the demand would go on forever and they over-ordered the machines, which are now filling up the warehouses and "supply chain" - so they are shutting down manufacturing for several months (a year for some models) to let the market catch up.  They also hired the infamous "up or out" McKinsey firm as consultants (if you work for Peloton, polish up your resume!).  It is not that the product is bad or demand is zero, only that the retail investors went ga-ga over the darn thing and like the Segway, it turned out to be a thing, but not the thing.  Nevertheless, investors got nervous and the stock price tanked.   The other shoe will no doubt drop - opportunistic lawyers (I hate those...) will file a shareholder derivative suit, alleging the officers of the company hyped the stock price.  Just wait for it.

There are other signs as well. Bitcoin has gone from over $67,000 to $38,000 in the last few months.  While the Bitcoin faithful deny it, I think this is large part due to government crackdowns in China and India, which as we know, are small, inconsequential countries with tiny populations and no Billionaires trying to move cash around illegally.  It is charming, their denial, sort of like Netflix claiming that ten new streaming services won't affect their bottom line.  The DJIA has been on a tear but is seeing decline in recent days.  Is this the start of a trend, or just a blip in the market?

The problem for stocks is that profitability has to keep increasing in order for stock values to increase.  The exception, of course are hyped or "bubble" stocks, such as these "meme stocks" or "stonks" such as AMC and Gamestop - which are being hyped so a few people can make a lot of money off the misery of a few.  But ordinary investments have to eventually follow a certain logic - they have to earn money to be worth more.  And you can't just keep making more money in an era where prices of materials and labor are increasing as well.  I mean, I guess stock values could go up just because of inflation, but real value might not.

I guess we'll just have to wait and see. But my gut feeling tells me this party can't go on forever.