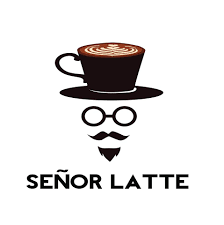 Discounts for seniors are based on an archaic notion that old people are poor.

Not long ago in this country - and indeed, the world - old people were a rare commodity.  People didn't live much past 65 which was the retirement age.  And few folks had pensions, and even if they did, they didn't amount to much.  In Europe, they had "pensioner's hotels" which were low-cost places to vacation or even live.  Some were even just called a "pension".  In the US, we called them "hostels" or "elderhostels" but that has fallen from favor.  A company that called itself "Elderhostel Tours" renamed itself "Roads Scholars" as their clientele didn't like the "elder" bit, even if they were in their 80's.

There are, of course, legions of poor elderly people.  Poor people, if they live long enough to retire, often remain poor.  The sad joke of Social Security is the amount you get out is based on how much you paid in, and that is based on your income (up to a cutoff point).  So while a middle-class person might get $2500 in Social Security benefits, the poorer person might only collect $1500.  The punchline is, of course, the middle-class person likely also has a pension or an IRA or a 401(k) and the poor person has none of these things.

I was thinking about this the other day, as I am reaching an age where I qualify for a lot of these things.  Senior Coffee, for example, is available to people as young as 55 or to AARP members (who can be as young as 40!).  It isn't based on income, but on age.  And the folks I see scarfing up these "Senior" deals are often solidly middle-class folks.  My own Dad used to regale me with how he scored "senior" deals, after parking in the handicapped zone using my deceased mother's handicap permit.  He was a real piece of work.

But that is an attitude I see among the middle- and upper-class elderly.  I earned this.  I am entitled to this.  I am due this.  No one bothers to ask whether it is really fair or not.  And I suspect a lot of poorer people fail to ask for "Senior Coffee" or other discounts, as they are not aware of them and are not financially savvy to ask for such discounts.

I saw some stupid "meme" on the Internet the other day, put up by some disheartened 20-something or the Russian Internet Research Agency - trying to start generational warfare.  The upshot was, "If the average lifespan is about 76 years, why do I want to work for 46 years, just so I can retire for about a decade?"   The problem with that comment is that it confuses average overall life expectancy with individual life expectancy.  If you live to age 65 (and survive childbirth, childhood illnesses, accidents, car wrecks, drug overdoses, suicides, homicides and all the other shit that kills young people) odds are, you will live long past the "average" life expectancy of 76.  In other words, you are likely to live well into your 80s, perhaps your 90s.  And today's generation, who doesn't smoke, goes to the gym, eats healthy (well, some do) - life expectancy might be much longer than before.

My Dad lived well into his 90's - and he smoked until he was 40, when his Dad died of lung cancer (slowly).  He had a quadruple bypass, too.  The idea that you'll kick the bucket according to the actuarial tables is flawed.

So we have this huge population of older people today - and it is a trend worldwide in developed countries.  It is a real problem in Japan.  Average age in America is pushing 40.  Meanwhile, in some developing countries, it is closer to 20 - nations of children!

It struck me, though, that these discounts and "gimmies" are going to the wrong people, at least in part.  Retirees, particularly middle-class retirees, are scoring discounts on food, beverages, hotel stays, national parks fees, and so on and so forth.  Meanwhile, the 20-something couple with a baby has to pay full price.

I ran into this in a State Park in Florida.  The Park Ranger offered me a "senior discount" of 50% off (!!) if I was over 65.  Meanwhile, the couple behind us, with a small child, camping in a tent and driving a dented, decade-old Camry, get nothing.  Who really needed the discount more?  What is even stranger, is that many of these camping discounts go to Seniors from "up North" who flock to Florida as Snowbirds and scarf up all the primo camping spots.  Maybe that was the intent - to attract snowbirds.  But it doesn't necessarily seem fair that the guy in the $500,000 motorcoach is paying less than the 20-something kids in the tent.

I dunno.  Maybe we need to re-think these senior discounts some day - after I am safely in the grave, of course!