The Problem With Scarcity 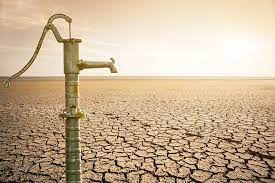 Just because something is scarce doesn't make it valuable - and vice-versa.

Scarcity is the foundation of many economic theories.  The basic idea is, everything is scarce, and thus we have to valuate things based on their scarcity.  Food, clothing, shelter - medical care - whatever, it is all scarce and needs to be doled out accordingly, either through some socialistic scheme so everyone gets a "fair" amount, or through capitalism, where the highest bidder wins.

There are, of course, flaws in these models.  I noted before that I once found a nice rock on the beach.  It was unique - no other rock like it in the world, maybe even in the galaxy, or the universe.  Surely, I was a rich man, to have this unique and scarce resource!

But, of course, no.  It was just a rock, kind of interesting looking, but having no real function other than as a souvenir (worth only to me) or a conversation piece (worth very little as well).  While it was unique and thus "scarce" it wasn't much different from other rocks on other beaches, worldwide.

You see, if a commodity becomes scarce enough, people will seek out alternative commodities. Other rocks - perhaps not quite as nice.  Or no rock at all - realizing that you don't need that rock to live.

Diamonds are a good example - and basically nothing more than a rock, and not a very unique rock at that. The DeBeers people did a great job of convincing people of a number of things. First, that diamonds were rare and precious (they are neither) and second, that you need to buy a diamond as an engagement ring or as other gift jewelry for your spouse. This is a narrative that is only about 100 years old, and the DeBeers people coincidentally, own or control most of the sources of diamonds in the world.

Diamonds have uses - they are very hard and can cut things. So industry found ways to "grow" diamonds in factories for use in industrial tools.  The DeBeers people were not amused and initially had an informal agreement with industrial diamond makers not to make "gem quality" diamonds.  Today, that "gentleman's agreement" appears to have gone by the wayside and you can make flawless "gem quality" diamonds in a factory.  So the DeBeers people are now promoting the fact that their diamonds are indeed flawed and thus have more value than a perfect "flawless" diamond manufactured under sanitary and strict conditions.

Worse yet for the DeBeers people is that a lot of younger people are deciding that maybe they don't need to spend "two month's salary" (or whatever) on a useless piece of jewelry that they can't afford anyway.  Again, this "normative cue" was promoted by the DeBeers people back at the early part of the last Century.  Younger people today are realizing that it is just marketing hoopla.  They also realize that diamonds are, in some instances, drenched in blood, as well as apartheid.  Hard to celebrate your lifetime commitment with a stone that people died for - or were exploited to dig for.

The point is, not to denigrate the DeBeers people, but to point out how "scarcity" can be created from whole cloth and not only that, demand created from the same piece of cloth.  If diamonds were only valued for their industrial uses, their value would probably plummet to 1/10th their current value.

Gold works the same way.  There are industrial uses for gold and it can make good ornamental jewelry.  Yes, diamonds are used in jewelry but are really ugly, if you think about it, compared to lesser, colored stones. You put diamonds into jewelry to show value, nothing more. Most of us couldn't tell the difference between a flawless 5-carat diamond and a piece of glass the same size.  But getting back to gold, it is another example of how demand can be created from whole cloth - but in this case,the supply is not controlled.

When I started this blog, the gold-bugs were at it, full-force, selling the idea of owning gold, "just in case" society melts down.  But as I pointed out, owning weapons and ammunition would be a better position to be in, if the end times were upon us.  Gold might be useful for trade, but easily taken away by the man with the gun.  An even better idea is to not bet on the end times, as they are not likely to appear in your lifetime.  Meanwhile, you are missing out on gains from investments that actually earn money and create wealth, instead of parking it.

Gold came and went.  The hype went away and the price stabilized a bit.  The dogs had a new bone to chew on - Bitcoin.  It was touted as a "currency" and when that proved to be impractical, the proponents called it a "virtual investment!"    The 9-page "white paper" they say, never mentioned something called Bitcoin as being a currency!  So it is like "virtual gold" - except that unlike real gold, it has no practical uses, industrial or decorative.

It was useful for paying ransom for ransomware attacks - or for Chinese Billionaires to send money to Canada to buy overpriced houses.  So long as governments didn't crack down on it, it could be used as an expensive form of anonymous wire transfer.  But then some ransomware payments were "clawed back" making Bitcoin less than anonymous.  Some governments - notably China and India - took a hostile stance about the "coin" and started to outlaw it.  The price dropped 20% overnight.

People are still hyping it - the people who are invested in it, including the small number of people who own a majority of it.  "It is virtual gold!" they say.  And they get celebrities such as Elon Musk or The Sooze Ornament to just mention it, which drives the price up 10% or so.  How long can this go on?  And is supply really finite?

Well, just as people look for alternatives to diamonds and gold, when they become too expensive, people look to "alt coins" of which there are hundreds, most of which are frauds.  The latest is a "Let's Go Brandon!" coin which is designed to fleece the Trump faithful of their few pitiful dollars.  DO you think this will end well?

Scarcity is not that scarce.  Even commodities that we need every day like food or gasoline have "alternatives" which people will resort to, if pushed.  For example, during the run-up to the market crash in 2008, the price of gasoline shot up to $5 a gallon in some places.  People freaked out!  But when everyone got laid off, a month later, the price of gasoline plummeted - no one was driving anywhere anymore.  People made fewer trips - or car pooled.  Folks started trading-in their gas-guzzling SUVs for medium-sized sedans.  Ford sold a lot of Fusions around that time period.

The law of supply and demand kicked in - demand plummeted, so prices dropped.  Gasolnie didn't seem so scarce anymore. And over the years, well, the supply has increased.  Again, when I was at GMI, my professors predicted the world would "run out of oil" by the year 2000.  We would always be dependent on the middle-east for our oil as well!  Well, funny thing, we export oil today, as fracking opened up vast new reserves of oil (for how long, is of course, debatable).  "Scarce" oil turned out to be no-so-scarce, as the price increases incentivized people to go looking for more.  Finding and refining oil turned out not to be the problem - the environmental impact of burning it all, is.

Today, we are told there is a "housing" shortage - that people, particularly young people, cannot afford to buy a home, particularly in "hot spots" such as California, New York City, and parts of Canada.  These are places where wages are high and many foreigners (particularly the Chinese) are buying "anchor" properties in case the Chinese government.... you know.

So home builders are concentrating on "luxury" homes because the margins are greater.  No one wants to build middle-income homes, because they are not profitable.  And there is no substitute for homes, right?

Maybe.  Maybe not.  A reader writes that they are thinking of leaving the rat-race of silicon valley and moving to a rural area - in the Midwest - where houses and land are cheap.  They can work "remotely" so why bother living in the most expensive city in the country?   Whether or not he makes the move, the point is, he could do it and is thinking about it, and others are thinking as well. (Hint: When moving from an expensive area to a cheap area, don't overpay for a home - the locals will try to get you to spend more than a house is worth, which is easy to do, as the local housing stock seems "cheap" in comparison to the big city.  But overpaying is overpaying!).

Nearly two decades ago, we sold our house in Fairfax County and got the hell out.  We could live anywhere, because the Patent business went "remote" even back then.  We paid less than half what our house sold for in Virginia, for a house on a lake with five acres. Funny thing, when you leave a major metropolitan area, land isn't so scarce and neither are houses.  In many places in the USA, people abandon homes as they are not worth fixing up - believe it or not!  In Central New York, where we bought a summer home, the resale value of a house was less than the construction cost.

Supply-and-demand again, as well as scarcity, or lack thereof. But houses are another example of I guess what you could call "DeBeers Syndrome" - the creation of an artificial demand for a product, or at least, enhancing demand through social engineering.  We have been told, time and time again, that owning a house is "The American Dream" (it isn't) and what's more, what everyone should strive for. We have offered tax deductions to homeowners for mortgage interest and even property taxes - these didn't make houses "more affordable" (are they, yet?) but rather just raised prices.  Similarly, tax breaks (the depreciation deduction) made owning investment properties more attractive.  Tax laws have made owning property a good deal - and that has skewed the market and jacked-up prices.  In more recent times, obscenely low interest rates have thrown fuel on that fire.

Gee, I wonder what will happen when the Fed raises interest rates this Spring?  What will happen to those poor saps who foolishly got variable-rate mortgages?  What happens to the guy selling his house, who bought it with a 4% note, sells it to a guy who has to pay 5%?  And since I have never experienced this kind of thing before, in 1989 and 2008, I cannot predict the possible outcome!

That's the problem with scarcity - it doesn't go on forever and ever, amen.  If a commodity is scarce enough, people find work-arounds, temporarily or permanently, or seek out new sources of supply.  Supply eventually catches up with demand - unless, of course, someone does something really stupid like try to control prices or control markets, artificially.