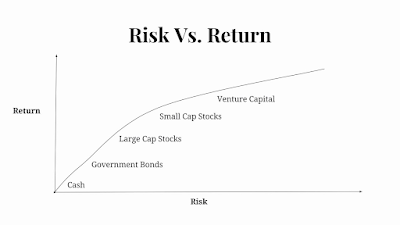 Understanding markets, in general terms isn't hard to do - what would you do with your money?  Answer that, and you have it figured out.

As an investor you can put your money into any number of things.   But the overall goal is to make some money in the process- with as little risk as you can afford.  So if interest rates in FDIC-insured CDs are at 8%, maybe you'd leave your money there - as a neighbor of mine did.  Problem was, these CDs expired and he had to find a place to put his money.  So he went and invested with a peer-to-peer lending site - a lot more risk, but in an era of 1% Certificates of Deposit and 0% Savings Bonds, well, it seemed like a good deal at the time.  He moved away a while ago, so I don't know how that worked out. Perhaps not well.  But it was interesting to observe - when high-yield and low-risk investments dried up, he went hunting for something with a higher risk factor to get a better rate of return.

What his experience illustrated is how investors, from individual retail investors to large institutions, chase after returns.  It also illustrates why the market has taken a downturn in recent days.  It is not that Netflix suddenly lost value or is losing money, only that with interest rates rising, a P/E/ ratio of 40 or more isn't acceptable.  In "normal" markets where banks pay "bank interest" a P/E ratio of 20 is considered somewhat "normal" as you are getting a 5% rate of return on your money (even if it isn't paid in dividends necessarily).  But a P/E ratio of 40?  That's like 2.5% which is keen in 2021 when banks are paying 0.05% on savings accounts and maybe 0.5% on a CD.  So what was "normal" in 2021 is now unacceptable in 2022.

Hence the sudden decline in Netflix stock price.  It also reflects the 50% drop in Bitcoin.  Like Netflix, there are other factors involved.  Netflix needs to grow to justify its forward-looking stock price, and it isn't growing as fast as expected.  Netflix faces competition from Disney and Paramount and Hulu and YouTube - and others.  Similarly, Bitcoin faces headwinds from government intervention - both China and India have claimed to have banned it, and the US government is looking into regulating it - or at least regulating funds that invest in it, as well as "exchanges" - both of which are essential to the crypto universe existing.  But the big deal is, if you can get 3% in a T-Bill with no risk whatsoever, why go after riskier investments elsewhere?

So, as interest rates rise, expect people to pull back from riskier investments, just as they sought out higher yields and tolerated greater risk when interest rates were low.  I can tell you first hand that having cash in a savings account sucks - you watch as your other investments go up by 10% just in one quarter, and think, "maybe I should put all my money in the stock market!"   But has history has shown, what goes up can come down rapidly, and a 50% drop in market value isn't unheard of, in my lifetime.  100% drops are not unknown - if you bought GM stock before it went bankrupt, you know what I mean.

Many folks argue that such-and-such investment is a "hedge against inflation" and I am not sure they know what "hedging" really means (if any of us do) other than it sounds cool to say it.  It's like EBITA - sounds like you know what you are talking about when you throw it around, but no one bothers to ask why a company that only makes money if you don't count their tax liabilities and staggering debt load is "profitable" in any sense.  The SEC thinks it is nonsense as well, but as we all know, they don't know about the "new paradigm" in investing, right?  Or maybe they've lived through enough paradigms already.

So what is a good hedge against inflation? Some say gold.  Others say crypto (really?)  Others say real estate.  Bonds.  T-bills - you name it.   But I think the best "hedge" is to be as debt-free as possible, particularly debts that have variable interest rates or callable notes.  If the economy goes south - as it has in the past and will do again in the future - the guy who is not saddled with debt and has some money in the bank will make out better than all the "hedge" investments out there.   They can't take your house away if it is paid-off or on a 30-year fixed-rate note.

On the other hand, the guy who leveraged himself to the hilt with borrowed money will end up in a world of woe - as we saw in 2008, when people refinanced their homes on liar's loans and ended up "upside-down" on a note, while at the same time their 401(k) was raped by Wall Street.  In terms of cash and real wealth and real assets, it turns out they had none.  Well, they had some - on paper - but paper values can fluctuate with the market.

It's not hard to see how these things will play out.  As interest rates rise, people can't afford to pay as much for a house - so housing prices will go down.  This, in turn, will cause a boatload of people to shit their pants, particularly as some have variable-rate notes which will reset.  Mortgage-stressed, they will tighten their belts and stop ordering delivery Big Macs from GrubHub for $10 apiece.  It is pretty predictable - what would you do in their shoes?  Keep spending like a drunken sailor?  Not likely.

Then they get their quarterly 401(k) statement.  Holy shit!  For the first time in their lives (if they are under 40) their portfolio value has gone down.  Time to wet your pants, for sure.   It is 2008 all over again, only this time with inflation.

But like I said, this stuff isn't hard to figure out.  There is no black-magic.  No mumbo-jumbo.  No secret sauce or bold plans to fix things - other than to make things worse, as we have done over the years with free money.

Eventually, there has to be an accounting.