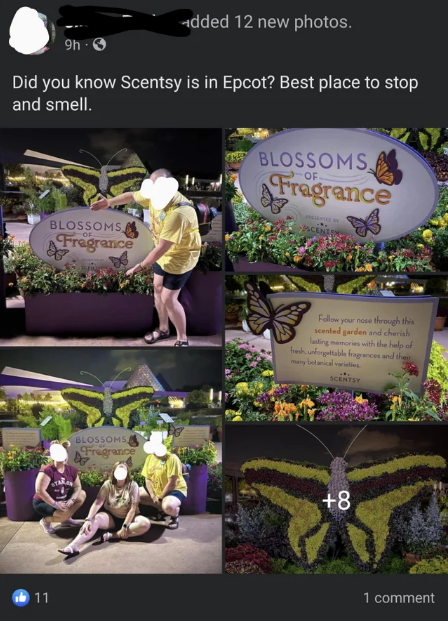 Just because something is advertised on television or is sponsoring a stadium doesn't mean it is legit.

I was reading online about MLM schemes which are sort of funny and yet heartbreaking at the same time.  Like Fred and Barney or Ralph and Norton, the lower-middle-class always seems to latch onto some sort of "scheme" to make money - but ends up losing it all in the end.  MLM, Crypto, Gold, you-name-it, if there is a will, there is a way to pluck money from the pockets of the ignorant.

Sadly, most people don't think very hard and get their normative cues from advertisements and television.  And one of the biggest misconceptions people have (and I had, when I was younger) was that if something is advertised heavily or on television, well, it must be somewhat legit.  After all, the "Big 3" networks must check these people out before accepting their ads, right?

Well, maybe that was somewhat true in the past - although from the dawn of the advertising age, cigarettes were a big advertiser in all forms of media, and we know how that worked out.  But today?  On major networks you see ads for the shittiest sort of deals.  And on shady news sites, you see ads from the most legitimate sort of companies.  Part of the problem is that people buy ad time in bulk and may not realize where their ad dollars are going.  The other part of the problem is that local stations may accept ads from shady dealers and the networks have no idea what is going on.

But the real problem is that people assume that if a major network has an ad for an MLM scheme or other ripoff on it, then it must be "normal" to engage with such folks.  The rent-to-own furniture store has regular ads on television!  This must be a normal thing to do!  And that right there is the entire point of advertising.

Even Disney is in on the deal - allowing MLM scheme "Scentcy" to sponsor a "fragrance garden" (i.e., a garden) in Epcot.  No doubt Disney got some cash for the deal and maybe a free garden as well - all in exchange for a small sign advertising the brand.  What does "Scentcy" get out of it?  Legitimacy.  People assume - wrongly - that since Disney is allowing them to sponsor this garden that Disney must have checked it out and it is a good deal.  After all, Uncle Walt would never steer them wrong, right?

These sort of things act like an implied endorsement and for most folks, it flies under the radar.  The caveman selling ugly houses advertises on the major networks - that has to be legit, right?  Another caveman (what is it with the cavemen?) advertises invention promotion schemes on major network television - has to be legit, right?  After all, the television never lies to us, right?

Actually, it lies all the time, every time.

But of course, this is nothing new, and today it is raised to scary new limits.  Driving our golf cart around the island today for a picnic, we saw an electric "Mini-Moke" on the road.  I wasn't aware they existed.  The original "Moke" was based on the British "Mini" car (now made by BMW) with a Jeep-like body.  Now they make an electric one, and curious, I looked it up online.  Like most NEVs, it is kind of overpriced ($20K to $30K) but what really turned me off was them gushing that "Pete Davidson was seen driving Kim Kardashian's Pink Moke to her house!" which of course, was staged, and no doubt they all were paid and given free cars or whatever.  I'll keep my $300 golf cart, thank you - endorsed by no celebrities or anyone for that matter.

By the way, Pete Davidson and my brother have something in common - they were both arrested in Manlius, New York, for possession of marijuana.

We live in an age of product placement, product endorsement, and influencers.  I was watching basketball playoffs in a bar and it was interesting to see who sponsors the jerseys.  It isn't just Nike, Adidas, or LA Gear anymore - companies unrelated to sport pay to put their logos on college basketball team jerseys.   These are the same colleges that claim they cannot pay their players because they "would lose their amateur status" (!!).

I wrote before about these phony "air conditioners" that are hyped on television.  No doubt many people bought them, thinking, "Well, it is on TV so it can't be a scam, right?"   Well, imagine my surprise when I saw a pyramid of the damn things in the middle of the aisle in Walmart.  I guess Walmart will do anything for a buck, but when the return rate exceeds 50% they may re-think their strategy.  What's next?  Walmart hyping MLM schemes?

The more shady a company is, it seems, the more they have to attach themselves to legitimacy. I wrote before about Jerry Lemelson, who filed hundreds of patent applications for inventions he may have actually invented.  He sued companies on these Patents and made hundreds of millions of dollars. Some critics claim he was a "Patent Troll" - getting vaguely worded Patents and then suing people for nuisance value, even if they didn't really infringe his claims.   He sponsored a museum and "invention" center at the Smithsonian, and also sponsored the management school at MIT.  To me, it smacks of trying to attract legitimacy by affiliation.  And maybe that is why so many Billionaires start these "foundations" to do good deeds, after spending their lives doing bad ones.  You can bet Musk will have some sort of charitable foundation to cleanse his record once he is dead.  Oh wait, he already has one.

Implied endorsement by affiliation is why sports arenas are named after crypto companies or telcoms.  They want you to think that crypto "makes sense" and is "normal" - even though you can lose your shirt on these totally speculative "investments" in nothing.  Crypto desperately needs legitimacy, which is why they pay people to say smart things about it - often paying them in cryptocurrency no less.  Even "the Sooze" got into the act, dropping a hint that maybe crypto was worth looking into.  Everybody has a price, and once you have a reputation, you can sell it.

But an endorsement - implied or direct - doesn't turn a bad deal into a good one.  Yet we all crave direction in our lives - reassurance that something we are buying isn't a total piece of junk or a ripoff scheme.  Normalizing bad deals is important to get people to sign on to them.  And with MLM schemes, if you can make them seem "normal" the people who are ripped-off by them (which is to say, about 90% of the participants) will assume that their reason for failure was "not trying hard enough" which throws gasoline on the fire of low-self-esteem, priming the pump for the next MLM fiasco.

Maybe this is another one of those boiling frog scenarios again.  When I was a kid, the companies advertising on television were trying to sell us crap, to be sure - sugary cereals, soft drinks, fast food, and of course, cigarettes.  But the ads for car companies weren't for come-on lease deals.  And you never saw ads for Ronco appliances or infomercials for costume jewelry - but then again, we only had three channels.

Maybe back then, we were justified in thinking that there was some level of "vetting" of advertisements on television.  The companies advertising weren't selling scams, but actual products, even if they were somewhat overpriced and maybe unhealthy.  But no one was selling Amway on the nightly news, no one was selling absolute junk, until cable television came along.

UPDATE:  I am reminded that both Tupperware and Avon advertised heavily on television back in the late 1960's - the jingle for "The Tupperware Lady" or "Ding-Dong, it's Avon Calling!" are burned into my brain.   Both are somewhat MLM schemes and both were advertised on television heavily back in the day.  So maybe this stuff has been with us all along.

But again, maybe this sort of thing can be turned around.  It is like police tape, roping off a crime scene.  You see a company trying to ride on the coat-tails of some other organization using an implied endorsement, and you have to think why they are doing this.  Are they trying to make their product appear "normal" when in fact it is a scam?  Are they trying to sanitize their image?  If their product was so damn good, why would they need to advertise it at all?  And right there, we learn something - the more someone has to advertise a product, the less likely it is a good bargain.