The Real Cause of the Labor Shortage 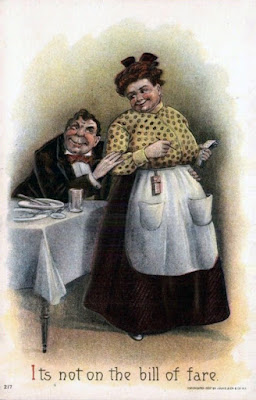 Immigrants have always been the heartbeat of America.

We went to see the sunset with some friends, over at "The Wharf" at the Club Hotel.  Funny thing, there were no cars in the parking lot on a busy Thursday night.  I walked over to the restaurant and it was closed, with no sign offering alternatives (such as the Club's "Ocean 80" restaurant).  What was going on?

While we were there, no fewer than 20-30 cars drove in, people got out, walked down the dock to the restaurant and then came back shaking their heads.  The Club Hotel walked away from thousands of dollars of business that night.  Worse yet, as Mark noted, what do you so with all that fresh food you had?  You can't sell wilted lettuce.

Well, our friends were in the hospitality business and they said that the temporary manager of the restaurant had closed the restaurant for three nights in a row due to lack of staff.   Two people "called in" due to injuries.  I walked out there and there was a sign taped to a sandwich board saying, "because of demand, we are no longer accepting walk-ins!" which was weird as on their website, they claim not to accept reservations.  It speaks of being overwhelmed with customers - and poor management.

The Club traditionally had excellent staff - they hired a lot of people from Eastern Europe, including two friends of ours, who now have green cards or may be citizens by now for all I know.  Then it hit me - the reason, or one reason we have a so-called "labor shortage" - thank you very much Donald Trump!

Enter the EB-3 Visa.  Restaurants have been using them for quite a while to find inexpensive labor needed to run a restaurant and make a profit - while offering reasonable prices.  Trump suspended these visas as well, claiming that they would preserve American jobs (which as you know, is the primary duty of government since the economic downturn of 1979!). Sadly, it appears that President Biden did not rescind the order (which Trump extended, at the last minute of his Presidency, until March of 2021) but instead allowed it to expire.

The problem is, while EB-3 Visa applications are now being accepted, we don't have that steady stream of people in the pipeline, and hence the shortage of foreign workers.  It is akin to the supply chain meltdowns that have happened when entire factories are shut down.  The suspension of the EB-3 Visa meant that hundreds of thousands of imported workers are missing from the economy - workers that not only make money for themselves, but for their employers.  They also pay taxes as well.

Now, you might argue that a few hundred thousand immigrants won't make much of a difference in a country of 330 million people.  But bear in mind that it only takes small differences between supply and demand to cause great swings in prices.  I illustrated before how a 1% difference in the supply of houses and demand can cause prices to swing 10% or more.  You remove one waitress from every ten restaurants in a town and it makes a huge difference - managers will start trying to "poach" help from other restaurants, or close one day a week or whatever - it is what we are seeing today.  It isn't that "no one wants to work" only that we have a small shortage of workers that causes a huge disruption.

Usually labor shortages presage major recessions.  So we'll see - it could be by this time next year, the "labor shortage" will have evaporated and we'll be back to extending unemployment benefits.

In the meantime, we have a labor shortage and we're cutting off a source of labor just to appease the nativists in the country.  The funny thing, too, is that the "Red Hat" crowd is quick to blame Biden for the labor shortage, or failing that, "All those lazy young people who just want to sit at home and collect their stimulus checks!" (Never mind that the last "stimulus check" of the three came out in January of 2021 and that Trump made a big deal about putting his signature on the other two!).

In short, we are dealing - in part - with the delayed fallout of Trump (and Republican) politics.

Inflation?  You can Blame Biden for being on duty when it happened, but the root cause is deficit spending, which Trump engaged in with glee, while simultaneously cutting taxes.  Trump isn't the only deficit spender, of course, but Republicans are supposed to be deficit hawks and Trump made a big deal about how we weren't borrowing enough.

Supply Chain?  This is the predictable outcome when  you slap punitive tariffs on imports, when our entire economy is based on cheap imported products.  Granted there are other causes as well - in life there is no single "causation" for anything that happens.  Slapping tariffs on products only insures that the end customer pays more for the product, not the producer! Sure, it may feel good to hit back at China for.... being China.  But bear in mind that your 'Merican pickup truck is full of Chinese-made components, such as chips and controllers and other parts necessary to make it work (like tires, for example).

Loss of Jobs? You can blame Democrats for "outsourcing" jobs - but Republicans are the ones who own the big businesses that actually did it - and pushed for legislation and court appointees that weakened our unions.  And no, Trunp didn't bring jobs back by slapping tariffs on things.  Yes, today we have a "labor shortage" of low-wage unskilled labor.  Those high-paying union jobs never came back and maybe never will.

Labor shortage?  In addition to basic demographics - the declining number of people born in the post-baby-boom era as well as the mass retirement of the boomers - there is the decline and restriction of immigration.  Time was, you went to a restaurant and the food was cheap because half of the "back of the house" were illegal immigrants, and half of the "front of the house" was EB-3 visa holders.

Sadly, in America, we can't sit down and figure this stuff out.  Everything has to be the fault of the other guy - or whoever is in the White House when the shit hits the fan.  George Bush really screwed up by not leaving office a few months earlier (or having a recession a few months later).  In the last months of his Presidency, the entire economy melted down, gas shot up to $5 a gallon in part of the country, and the stock market crashed.  He signed the bailout of the big banks.

Funny thing, though, many people remember this as happening during the Obama era - because it is convenient to blame whoever is in power, as if the President controls gas prices and inflation rates.  Trump at least was smart enough to "lose" before the overheated economy cratered, as it eventually would in any event.  He kept the plane from crashing during his tenure by running raw ether through the engines.  Sure, it burns out the motor, but it keeps you aloft a little while longer - and makes the crash that much more painful.

No one wants to be the President or leader who tells people they have to make sacrifices.  So everyone tries to keep the party going as long as possible -and the walk away from the smoking wreckage.  Whoever is President in 2024 will no doubt benefit from the inevitable recovery, which will occur because of or in spite of government policies.

Sadly, if it is a Republican, we'll see more of this stupid nativism, even as the business world clamors for more imported workers.  Maybe the real money behind the GOP will wise up and change sides.