End of the Road in China? 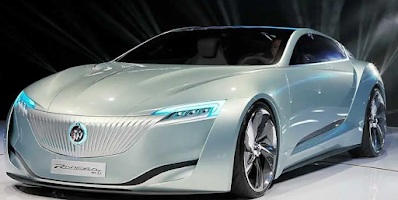 American cars have been selling well in China, until lately.

A few years ago, as much as 50% of GM's profits came from China.  Buicks were big sellers there as Chang Kai-shek and Mao were both driven around in Buick limousines in the 1930's and 1940's.  The brand had so much cache in China that when GM went bankrupt in the USA and had to shed divisions, Saturn and Pontiac were put on the chopping block.  Buick was retained because of China sales.  The brand was not as well-loved in the USA.

I noted before that Chinese and Indian cars will make an appearance in the USA - and are already doing so, under GM and Ford nameplates, among others.  Back in the 1970's, when I worked at GM, we watched in horror as our 50% market share shrank while Toyota's increased.  The Japanese were taking over!  It was Pearl Harbor all over again!  But of course, the Japanese set up factories in the United States and illustrated that it wasn't that American-made cars were crap, only that American branded cars were overpriced and underbuilt.

Next came the Koreans - with their shitty Mitsubishi knock-offs built under license.  They were not great cars (and neither were Mitsubishis!) but the prices were alarmingly low and they got their foot in the door in the USA market.  Both Ford and GM, by the way, set up operations in Korea - Ford had a stake in KIA at one time, but foolishly sold it off to Hyundai.  Today, Hyundai/KIA has factories in the USA and is plowing billions more into electric car plants and battery plants in Georgia, among other places.  The Koreans were the ones to watch - the Japanese have become complacent.  Japanese cars are fine and all, but pricey and falling victim to American vices.

So, who's next?  Well, if you follow the pattern, it is pretty clear that other Asian countries with low-cost labor will try to crack the American market and in fact, are doing so.  But as labor costs rise in their home countries, it may be more desirable to set up factories here in the USA and some Chinese automakers are looking at setting up plants here in the USA.  with each iteration, the cycle gets faster and faster.  It took the Japanese nearly 40 years to establish themselves in the US market.  The Koreans did it in 20.  The Chinese are skipping right to the chase in ten or less.

And electric cars may be the key.

A recent article in Reuters illustrates the problem.  Sales of American-branded (and other foreign-branded) cars in China are slacking off, and sales of domestic brands increasing - particularly in terms of electric and hybrid vehicles.  Tesla seems to be holding its own in China, although with CoVid closures of their "gigafactory" (what 8th grader came up with that name?  Oh, right.) they are projecting lower sales this year.

The rest of the world is gearing up for electric cars in a trillion-dollar way.  Meanwhile, in America, we are still spreading FUD about electric cars.  "The batteries go dead after five years!" a "knowledgeable car guy" tells me (after all, he's owned over seven cars!).  "Where will you find a charging station?" another one asks - even as they are popping up all over.

Technology changes rapidly and oftentimes, it seems that things go slowly and then happen all at once.  Gasoline automobiles were a novelty and a luxury in the early part of the 20th century.  But after the Model-T, they became an everyman vehicle and sales exploded, road construction took off, and gas stations popped up everywhere.   By the mid-century, an Interstate highway system was built and the automobile became a necessity.  By the 1960's, the two-car family became a norm.  These things didn't happen overnight, but once a critical mass of users was established, acceptance and adoption accelerated all at once.

Consider other, more modern technologies.  I was dicking around with "personal computers" in the 1970's when they were made by hundreds of companies with just as many operating systems.  Ever program BASIC on an Olivetti computer?  By the 1980's, the IBM-PC architecture (now just referred to as "PC") became a standard, Apple notwithstanding, and once a critical mass of users was established, well, it really took off.

The Internet was around for more than a decade before it became a "thing" for the everyman.  I recounted before how computer nerds at S.U. were "chatting" on the Internet in the 1980s - and we all viewed it as a novelty and time-waster (not too much has changed).  Today, it is ubiquitious - once enough people - a critical mass - went online, there was no looking back and "suddenly" it seemed that "everyone" was online, although most didn't know what to do with this new toy.

Enter Facebook.  With a critical mass of computers installed worldwide, Facebook took off where others failed, and once they had a dominate share of the social media market, their success was assured.  The emergence of the smart phone as the de-facto gateway to the Internet for most people, cinched the deal.

And speaking of which, cell phones.  We went from landlines to "car phones" to flip phones to smart phones, all within maybe two decades at most.  And at each step along the way, there were naysayers and late adopters (I don't regret waiting, though - I'm done with bleeding edge!).  But today a flip-phone is seen as a novelty.  The only people using them are on the sex offender registry.

I think the same thing will happen with electric cars, and this year seems to be the turning point.  If you are a fan of chaos theory, you know about how this works - things build up for a while and them bam! - it seems things happen all at once.  It may be the war in the Ukraine is forcing people to re-think energy choices.  Nuclear power plants, solar, and wind  start to look more attractive compared to fossil fuels that always seem to be buried under the soil of  odious peoples.   And yes, there are plenty of naysayers about these alternative forms of energy - most of them work for fossil fuel companies.

And by the way, I think it is no longer appropriate to call them "alternative forms of energy" when they now make up a substantial part of our electrical grid.   There reaches a point where you can't go back.  Trump can't "tear down" windmills, simply because they are making too much money and electricity.

But like clockwork, someone will e-mail me claiming they aren't.

Getting back to electric cars and China, I think that demand for foreign-branded automobiles of any type will decrease in China as the country ratchets up its anti-Western rhetoric and makes noises about (or actually does) invade Taiwan.  This will really hurt companies like GM, but Ford not so much (they apparently have stumbled in China for years).  Of course, such anti-American and anti-foreign rhetoric cuts both ways - Americans may reject cars with the "Made in China" moniker attached to them, or at least with a Chinese-sounding name.  They are already buying cars made in China branded with American names.

Everyone, it seems, has placed a huge bet on electric cars, and the only real loser is, oddly enough, Tesla, as first to market is last in the marketplace.  Once cheaper and more reliable electric cars hit the market, Tesla may be squeezed out.  Likely an old-line carmaker who is late to the game may buy it out, but that remains to be seen.  But GM and Ford are going all-out with EVs and already have them on the road.  Volkswagen seems to be leading the way in Europe - selling almost as many EVs as Tesla, right out of the gate.  In China, well, Tesla is coming in third place, which is respectable, but considering the head start they had, concerning.  What is more concerning is that foreign-branded EVs don't seem to be going anywhere there, even as some are exported to the US.

Despite all the problems we are facing - global warming, World War III, endless pandemics, emerging fascism - it is an interesting time in our history.  If we don't blow up the planet first, it will be interesting to see how things change - and change suddenly - in the coming months and years.  I suspect that in a year or so, I will look back at this blog entry the same way I look back at my entries from 2011, where I decried the rise of the smart phone.

That is, if we don't blow up the world, first.