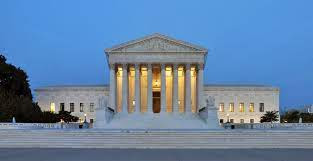 How does the Supreme Court work?  How does our court system work?  Not like you might think.

I'm extremely ignorant on the constitution and law. (I am smart enough to keep my mouth shut, stay off social media and run from crazies on the right and left) Did Roe vs Wade give a "constitutional" right to an abortion? Has a constitutional right been taken away? I just don't get it.