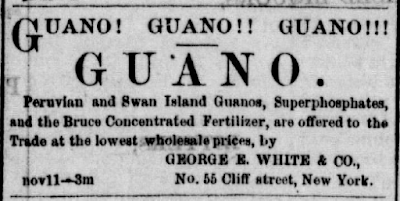 The rise of fascism and far-left politics (really the same thing) isn't unexpected in an uncertain world.

Poor Joe Biden is having trouble getting a prom date.  It seems some South American leaders are boycotting his "Summit of the Americas" with the express purpose of embarrassing him.  (Well, that and some people weren't invited to the party).  What is going on with this sort of thing?

Well, it is nationalism.  We have left the era of internationalism, it seems, where we tried to work together as a species to save our planet - one world we all lived in.  Internationalists pushed the idea of free trade among countries, international laws and courts, and harmonization of national laws across the world.  It was a beautiful dream, perhaps, but one destined to failure.

The problem is, of course, that some countries have certain values regarding, say, human rights, and others have different values.  This leads to a clash of cultures.  For example, in some countries, women have far fewer rights (or no rights at all - they are property) than in other countries.  So, if you want to harmonize the laws and practices of various countries, something has to give - and people are generally unwilling to give up their freedoms when it comes to "compromising."

We see this in the EU, where some member states, such as Poland, are enacting fairly harsh laws with regard to abortion rights and LBGTQ rights and women's rights and so on.  It doesn't matter what your personal views are on these rights, the point is, this clashes with the rest of the EU, and conflict arises.

So not only do religiously conservative countries react and say, "you can't tell us what to do! It's our religious values!" we see a push-back in the West with head-scarf bans and burknini bans and the lile.

You could argue the same is true in the United States, as various "States" (which, at one time, were viewed as countries of their own) have different cultural and social values.  And indeed, we are seeing the same level of cultural strife as the EU.

But it is not just a matter of social values - the window-dressing of international politics.  The real deal is that when faced with stress, the world tends to retreat to its little cubbyholes and says, "I've got mine, jack, you get yours!"  Much ado was made of the movie "Don't Look Up!" which posits that when faced with imminent world disaster, people will not come together to save the planet, but instead seek out whatever personal advantage they can achieve.

It is the same thing I have harped upon again and again in this blog.  There are people in this world - and it only takes one or two (but there are far more than that!) who, if given the choice between, say, eradicating world hunger or putting another dollar in their pocket, will choose the dollar.  "But eradicating world hunger would cost you only a dollar!" you say.  "Yes," they reply, "but this way, I end up with another dollar!"

It goes beyond the selfish dreams of a few, however.  Eventually, people start to think, "the hell with the rest of the world!  Let's just concentrate on our own country!" - which has been a rallying cry of the far-right for generations.  It fueled the isolationism that took place before both world wars (and was why, in part, we were so late to the party) and it fuels the "build the wall!" mentality of today.  You hear this all the time at a Trump rally - why are we "wasting" money on "foreign aid" (which in their distorted minds, accounts for 50% of our national budget if not the GDP) and instead spend that money on 'muricans?

You try to explain to them that the amount of money we spend on foreign aid is a trivial part of our national budget - and that such aid, in addition to building roads and infrastructure and wiping out childhood illnesses and whatnot, also insured world security and stability.   Like it or not, we rely on the rest of the world for many things we don't have in the United States - and I'm not just talking about bananas.   One reason cars today don't have chrome bumpers (or chrome anything - that shiny stuff you see on your car is a mylar film bonded to plastic) is that most all the world's chromium is imported from countries that if not unstable, are somewhat hostile to the USA.   Chrome is important as an alloying metal in high quality steels.  Electroplating it to car bumpers is just, well, stupid.  So we don't do it anymore.

So we have to interact with other countries in the world, like it or not.  It isn't just a question of outsourcing jobs overseas (which can be in-sourced back again, which seems to be part of this isolationist trend).   We have to interact with our fellow humans, regardless of whether they live on one side of an imaginary line or another.

But that ain't happening anymore and it may be a decade or more before this worldwide trend of authoritarianism and isolationism abates.  Because while the human tendency is to hunker down and hang on to what you've got, eventually, when presented with a common enemy, people do band together to defeat that foe.  That, or they themselves are defeated.

It may be that the tide is turning already.   The election of Joe Biden was a repudiation of Trump's isolationist and nationalist politics.  Brits are having second thoughts about Brexit - and Boris Johnson - while un-ironically supporting NATO and the EU in a unified fight against Russia for its war against Ukraine.  It is funny that the Brits were completely bamboozled by Putin into shedding their ties to the EU (just as we were bamboozled into electing Trump) and now they want to play in the EU sandbox again.  Perhaps the lack of fish-and-chips has driven the point home.

And maybe that is the other reason why nationalism eventually fails.  Russia is learning the hard way that "going it alone" North Korea style is just a life sentence of poverty and misery for everyone involved.   People don't realize how international trade and commerce creates wealth for nearly everyone involved, while nationalism and isolationism results in poverty and want - until it happens to them.  Of course, sadly, many double-down their nationalistic bet by blaming all their problems on other countries that refuse to trade with them (while at the same time decrying international trade - you see the schizophrenia at work here) and so they spend decades in isolation.

Since isolationist countries are also authoritarian countries, it is not hard to reinforce this isolationist sentiment, even as it ravages their economy.  The average Russian or North Korean or Venezuelan of Cuban isn't about to rock the boat, even as it is sinking, because they know the alternative is being tossed over the side to the sharks.  Besides, the guy steering the boat and his minions get all the choice rations.

Of course, there are downsides to international trade - particularly in the past.   America meddled in the politics of many foreign nations, particularly in Central and South America, to insure dictators friendly to the USA were installed - and that American businesses could continue to exploit the natural resources of those countries, including exploitation of their citizens.   Cubans threw out Batista, as under his American-backed governance, the average Cuban was exploited as nearly slave labor to provide sugar exports to the USA.  American gangsters set up casinos in that country and literally prostituted Cuban women to American tourists.  Gee, I wonder why they revolted?  It is the end-game of wealth disparity, if any American Billionaires are willing to take notice.

So, yes, there is an upshot to nationalism.  If a country wants to protect its natural resources from exploitation, that is not a bad thing - natural resources eventually run out.  Unfortunately, going back to our world-hunger-versus-a-dollar-guy, in many cases it is not hard to install a "leader" in such places, who lines his pockets at his country's expense until the guano runs out.  And yes, this goes on today, in countries exporting natural resources such as oil, gas, and just about anything else.  Little thought is given to what will happen when these limited resources expire.

So what's the point?  I'm not saying nationalism is right or wrong, it just is.   In a world confronting overpopulation, struggle for resources, pandemics, global warming, and so on and so forth, it would be idiotic to expect people to hold hands and teach the world to sing.  In fact, the opposite is what we should expect to occur and we should not act surprised by this.  And we should not view these trends as political but biological - these are overwhelming forces at work, like a tsunami that cannot be held back.  Politics?  That's just window-dressing.  What is driving this trend isn't some Republican think-tank or the Russian Internet Research Agency, but the natural forces of the world at work.

This isn't to say I like it or that we should just blindly accept it, only not to be surprised by it or assuming that 'fact-checking' or debunking conspiracy theories is going to make it all go away.  It will wash over us - and is washing over us - like a wave in the ocean, and eventually will retreat if we don't drown first.

But to think we can control these forces - or steer our own destiny - is somewhat foolish, I think.   We as humans have little self-control, and that is the real problem.