They Wrote a Book About It... 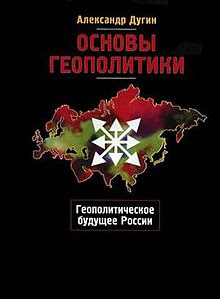 Real conspiracies are not kept secret, but are right out in the open.

I wrote before how conspiracy theories are hooey.  They are far-fetched schemes that make no sense whatsoever.  They are designed to distract us from the real things going on.  It is easier to believe in some complicated "Q-anon" conspiracy than to realize that the marketing arm of a credit card company knows more about your internal psyche than you do.  But they do, and that's why you're broke all the time - if you are the kind who follows conspiracy theories.

Many people have noted that American politics (and indeed, world politics) have become more polarized lately.  People are divided, we are told.  Nationalism and fascism are on the rise.  Extremist solutions to simple problems are promoted.  What we need is a strong-man leader! Succession!  Communism!  Religious Theocracy!  Free Money!  Whatever the extreme, they all have one thing in common - they are not workable solutions, they have no chance of actually happening, and a substantial number of people (usually the majority) think they are a really bad idea.

Some folks say, "Well, politics were always this way - look at America before the Civil War - Senators beating each other with canes on the Senate floor!" (well at least one, anyway).  Look at the Civil Rights era - the assassination of the Kennedy's and MLK, riots in the streets!  Politics today are no worse than back then.

And maybe this is true - I have noted these things as well.

But recent events in Russia have exposed what was not a hidden conspiracy, but an actual plan to disrupt world politics, using the Internet, to divide and conquer the West.  And it worked pretty well, too - and is still working.  But more and more people are starting to see through the charade.

In Russia, a young woman was blown up by a car bomb, planted by a resistance movement who wants to overthrow the dictator Putin.  The actual target was her father, who some are calling a modern-day Rasputin - he has the ear of Putin and had advanced political philosophies that Russia should take over the world (so far, it ain't working out very well - they can't even take the Ukraine!).  To do this, he proposed creating a disinformation campaign to undermine and divide the West.

And he wrote a book about it.  And it is a popular book in Russia among the military and police.

The Russian Internet Research Agency is a fact, and their goal is to undermine the West by trolling social media to encourage dissent.  They have been caught, more than once, trying to set up flash mobs or create protests.  This isn't some hidden conspiracy - it is right out in the open.

You mention this to a Qanonsense believer or a Trump supporter and they reply, "You're just seeing a Russian behind every tree!"  Check out the forest - it's full of them. Or, they argue that they are not seeing blatant Russian propaganda on YouTube or Twitter.  No postings saying "Russia great! America sucks!"

It isn't that blatant.  As we are starting to find out, they use bots and trolls to create division among us - chaos works in their favor.  So you promote "white nationalism" and "replacement theory" to get whites riled up against blacks.  You promote "defund the police" to get blacks riled up against whites.  You encourage people to come out as "trans" and tell them that being called by the wrong pronoun is worse that being stabbed in the eye.  You tell the people on the right that trans people just want to rape your daughter in the restroom.  You make up utter shit and people believe it.  The "Queen of Canada" wants "sovereign citizens" to do a "people's arrest" of the police for "Covid Crimes."

You can't make this shit up - but the folks at the Russian Internet Research Agency can.  They have active imaginations and they try a panoply of things to see what sticks.  And apparently, people are wiling to believe the most outlandish lies - the more outlandish the more likely they are to believe them.

But maybe the tide is turning.  Russia's invasion of the Ukraine showed the world what their real goal was - conquest of their former satellite states from the glory days of the Soviet Union.  And Russian media has been quite explicit about this - threatening Poland and even "friendly" Belarus.  Americans are starting to see that the election of Donald Trump was indeed aided and abetted by Putin and his cronies.  And the goal, once again, was just to sow chaos, and maybe perhaps have a friendly ear in the White House.

We drive all across America and in the past, we'd see "TRUMP" signs in many, many yards in rural and even some suburban areas.  But in the last two years, they seem to have evaporated.  Sure, there are still a few die-hards, who have the weed-filled lawn in front of their dilapidated trailer filled with TRUMP signs and flags and hateful political discourse (usually painted by hand on sheets of plywood).  But the vast majority are either hiding their true feelings or realizing that a lot of the political noise being generated is just nonsense designed to get us all riled up over nothing.

America has been through this before.  The democratic system we have (such as it is) seems weak and flawed.  The rabble can be lead in a torch-and-pitchfork parade all-too-easily.  But eventually, people come to their senses, or as Abraham Lincoln put it, "You can fool some of the people some of the time..."

Americans went off the deep end in 1865 - with many believing that succession was the only way to deal with the issue of slavery.  Today, there is still a tiny minority of racists who think slavery "wasn't so bad" but even the GOP at least pays lip-service to the idea of racial equality.  In the years leading up to our involvement in World War I and World War II, many people pushed a pacifist agenda, claiming that we should avoid "foreign entanglements" as Washington once said.  But once people realized what was really going on, the country changed direction.  Similarly, we were all taken in by the domino theory and the Vietnam war, until years later, even Nixon realized it was an unwinnable battle to prop up an unpopular and corrupt government.

9/11 had us all dancing a jingoistic tune - we would topple Saddam Hussein and his weapons of mass-destruction (that turned out not to exist) and bring democracy to Afghanistan, whether they wanted it or not!  20 years later, we realize what every leader from Napoleon to Hitler found out the hard way - fighting a two-front war is futile.  We gave up, declared victory, and went home.

Eventually, we figure out we are being snookered.  And maybe - just maybe - we are starting to figure it out once again - that maybe tax cuts for billionaires don't "trickle down" to the rest of us, and that keeping out immigrants doesn't "create jobs" but just creates a labor shortage.  And maybe we'll figure out that the weird oddball comments on YouTube videos and Tick-Tock and Instagram and Facebook and Twitter are not from real people but from bots and trolls just trying to get us all riled up and depressed.

Maybe we'll figure this out.  I hope we do so, before it is too late.