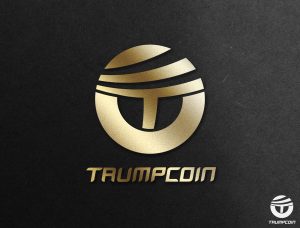 The whole "crypto" market has turned into one scam-a-rama after another.  Even "legit"coins are subject to massive thefts and fraud.  What's not to like?

A reader turns me on to this article about people losing what little they have to fraudulent crypto schemes (yes, that is triple-redundent).  I was discussing with another reader and wondered why Trump didn't get into this - after all, he never saw a grift he didn't like, right?  Well, there is a "Trumpcoin" as well as something called a "Freedomcoin" and they are both basically worth nothing, proving once again that Orwell was right and freedom is indeed slavery.

I resisted talking about crypto anymore as I kind of covered the waterfront with it.  It is like the whole goldbug thing - you can pretty much cover it in one posting, but you'll never convince a gold-bug of anything.  Like any other commodity you can double your money if you buy at the right time and sell at the right time - or cut your investment in half if you buy and sell at the wrong times.  The problem is, unless you have real insider information (which is not something on television or on a website or in an anonymous e-mail) you can't time these things.  So it comes down to gambling and investing based on belief and not logic.

And belief is always trouble.  Always.

Bitcoin was the first "crypto"coin and still dominates the crypto market.  Of course, it has dropped dramatically in value in recent months, which means if you bought at the top, you lose half  your shirt.  As a "currency" even promoters admit is isn't workable - taking far too long and costing far too much to process even one transaction.  You aren't buying a cup of coffee with Bitcoin anytime soon - in fact, this never will happen, at least with the current iteration of it.

The big problem with "crypto" besides outright fraudulent "coins" (shitcoins) is that to transfer money to and from the "cryptoverse" requires an intermediary - a coin market of one form or another.  And these are largely unregulated and have been subject to hackings, robberies, theft, and just plain old fraud.  As it turns out, our weak banking rules and the lackluster SEC are far better than nothing when it comes to financial regulation.

If you lose money because of fraud with crypto, chances are there is no one you can sue, or if there is, they are overseas in a remote country that protects their secrecy and also their bank accounts.  And if you "only" lost $100,000 or so, well, you'll spend at least half that in attorney's fees trying to collect, and ultimately fail at even that.  The attorney will be happy to take more of your money trying, though!

Even crypto promotional sites list dozens of scams and frauds that have occurred - and 2022 shows no sign of letting up.  When the crypto promoters tell you it's scammy, why not listen?  Crypto scams fall along a number of lines.  First, there are thefts at exchanges, usually caused by the exchange itself stealing the money or someone hacking ("I'm in!") into the site usually using social engineering and phishing techniques.  Second there are individual thefts due to social engineering and phishing.  Some "celebrity" lost their "bored ape" NFT and had to buy it back online.  I guess they didn't learn the first time.  And next time you get an email asking you to "confirm" your wallet password, politely decline.  Third are ordinary scams that use crypto (instead of Western Union or prepaid debit or gift cards) to mask where the money is going and to make it largely unrecoverable.  The FBI recently clawed back some crypto in a computer ransom scam, but even then, only about half the amount as I recall.  Your $500 is gone for good.

But some coins are just scams from the get-go - shitcoins.  Either they were a fraud (e.g., Ponzi scheme) from the get-go and the crooks behind the shitcoin never even enabled the blockchain system to support the coin, or they were just coins that no one uses and no one values.  You make a big splash with a "new" coin and some idiot buys $500 worth for a dollar a coin.  Months later, the "coin" is worth $0.000001 and has a market cap less than the cost of my condo.  Shitcoins, plain and simple.  They never will be worth much, like penny stocks, but are prime vehicles for pump-n-dump.  But since the FTC doesn't regulate pump-n-dump schemes for crypto, too bad for you!

I noted before with invention broker scams - or any scam - that these fraudsters usually go after small amounts of money from a large amount of people.  One broker charged $10,000 to "promote your invention" and get you a worthless patent.  Not a lot of money, but multiply that times the 5,000 victims and you have fifty million dollars.  It adds up, don't it?  It is a lot easier to steal a dollar from every citizen of the United States than to steal $330 Million from a bank.  Same amount of money, but odds are, no one will miss a lousy dollar and you won't get caught.  The bank, on the other hand, might actually notice $330 million missing - although recent events in the banking world call into question that proposition.

Crypto is even better that traditional scams like the invention broker scam.  You don't have to advertise it or have a call center to handle inquiries and disgruntled customers.  People willingly flock to your site and blubberingly hand over small sums of money, convinced that a $5000 investment will turn them into the next Jeff Bezos, without all that hard work part.  Not just one or two people - thousands of them.  Tens of thousands of them.  Millions of them.  Even the worst sort of shitcoin out there is going to make its creators millions, while the small investors lose small amounts not worth litigating over.

Better yet, you can convince some brain-dead "celebrity" to hype the coin for you - paying them, of course, in the same shitcoin you are offering.  This incentivizes them to hype the coin price and when it all comes apart, they go to jail while you light Cuban cigars with $100 bills in your villa in Malta.

I mean, these scams are so obvious, that only the most dense idiot would fall for them, right?  Right?

There are idiots everywhere - look around you.

Worse yet are the folks who say, "Yea, the whole thing is a scam, but I know a way to outsmart the scam!  When they pump, I'll dump!" - or something along those lines.  Usually they end up being schooled, but like with any good scam, they are too embarrassed to admit it, so their silence allows yet another chump to get zinged.

The article linked by my reader tells a tale of woe - and of stupidity.  People put their "life's savings" into some sketchy crypto (again, being redundant) and then wonder where it all went. They are homeless and starving (really?) and want the courts to dole out "justice"!  These are the same people who pined for less government and fewer regulations - and no regulations when it came to "crypto."   But when it all goes down the drain, they cry for the Kindergarten teacher to take the toys away from the bully and give them back to the good kids.  It ain't happening my friend.  Best case scenario is you get back ten cents on the dollar - after years of protracted litigation/  A bankruptcy judge is not an ATM.

So there isn't much to say about about this - other than the obvious.  People who are not very smart and willing to believe anything are easily taken in.  And people who scam them feel no remorse - they are harvesting the stupid - taking away money from dumb people who somehow stumbled into it and have no idea what to do with it.  If one crypto scammer didn't get them, some other scammer would, so it might as well be me who scams them - such is the mentality of the scammer.

The only thing worth noting is that, well, there are a lot more stupid people today who are willing to be harvested.  People who vote for lower taxes for the rich and fewer regulations for our financial industries and then crying when it all goes wrong.  Privatize Social Security!  Surely that will fix everything! Get "those people" off welfare but don't touch my food stamps, medicare or social security!

I knew it would happen, just not so quickly!