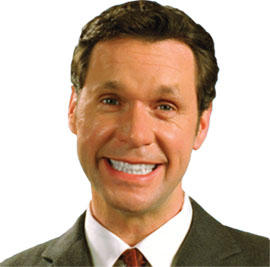 In any organization, there reaches a point where a substantial number of people are not contributing to the bottom line.

Slackers. Goldbrickers. Layabouts. Goof-Offs.  Lazy Slobs.  Every company has them, and every company tries to get rid of them.  It ain't easy to do, and once a company gets to a certain size, it becomes nearly impossible.

You want to prune a fruit tree to cut off the dead and unproductive branches, so the tree flourishes and produces more fruit.  But it is tricky - cut off the wrong branch, and you kill the tree.  Maybe not today, but down the road sometime.

The same is true for employees.  Someone in "corporate" decides that having two test room engineers is wasteful - and it is, as one is a hard worker and the other a goof-off whose only saving grace is that the test rooms he wires up have no schematics - he keeps it all in his head, so he is 'indispensable."  Guess which one the corporate bean counters fire?  Yup.  The wrong one.

When a company is in the growth phase, they hire like mad. "We need more help! Hire more Engineers!" is the cry I heard when I went out to visit Silicon Valley every month, back in the 1990's.  A new product was being developed and there were many bugs to be worked out, but not enough manpower.  So they hired like mad.  And because everyone was hiring, they paid top dollar for talent - and offered all sorts of perks like extended vacations and even sabbaticals.   The swag was so great that many of these new hires didn't think about the working part much.

But just as throwing money at a problem doesn't solve it, throwing manpower at a problem doesn't work, ether.  Ol' Vlad Putin is discovering this in the Ukraine - the traditional Russian trick of just putting more meat in the meat-grinder may have worked in 1944, but today, less so.  The Rooskies have lost more people in a few months than we did in Afghanistan and Iraq in 20 years.  Eventually, he will run out Rooskies.

So you hire three people and get the work of two, if you are lucky.  So you hire more and get less.  I saw this in my own law practice.  When it was just me, the profit ratio was 100% per employee.  I hired more people and got less and less work and profitability from each one hired.  Worse yet, my own work became more and more supervisory and as a result, less profitable.  You can hire yourself right out of business, with tons of work to do and none of it getting done.

Apparently Mark Zuckerberg is going through this epiphany right now, and I kind of laughed because, well, I've seen this before, I've experienced this before, and I could have predicted it.  You hire tons and tons of people for a big project, whether it is building the Hoover Dam or developing a new semiconductor chip, and a certain percentage of them are going to be gold-brickers.  You go to their office and they are playing computer solitaire, not coding.

And this is a pattern we see in the economy, about every other decade or so.  People hire, there is a "labor shortage" and employers become more willing to scrape the bottom of the barrel for warm bodies.  Less and less work gets done (per capita) and profitability plummets (if they don't actually start losing money) and eventually the layoffs start.  Wash. Rinse. Repeat.

Part of the problem is that there are a small number of people - perhaps 10% or so - who really have no idea what work is or how to do it.  Perhaps they've been weaned on television shows like The Office or Madmen, where everyone shows up at work, socializes, goes out for drinks after work, and then hooks up and has sex.  To them, work is a social engagement, not laborious toil.  Back in the 1980's there were a plethora of law-related shows like that - Ally McBeal and LA Law - where everyone was banging everyone else, and no one did any hard work other that to show up in court and tell the judge what-for.  And sure enough, a plethora of idiots who thought that's what law practice was like, went to law school, graduated, and then got jobs that didn't make a nickel for the firm.  The great boom in law hiring turned into a bust in the 2000's and really never recovered.

Many managers learn to live with the occasional slacker.  They can't fire them (particularly from a union or government job) so they shunt them off to some obscure corner of the company where they can hopefully do no harm and not give the other employees the idea that, they too, can become full-time gold-brickers.

Like I said, the pruning part is so difficult that most managers are afraid to do it. So the company loses profitability and a consultant "turnaround expert" is brought in (and paid millions) and he recommends cutting salaries, denying bonuses and raises, and laying off tons of people.  And by the way, that is what consultants always suggest - so save your money or just give it to me, and I can hand you the same advice.

The problem with this approach is you are starving the most productive branches of the tree.  Your best-and-brightest talent will see the writing on the wall and look for jobs elsewhere - why should they take a pay cut?  It is the slackers and goof-offs who will accept a pay cut or no raise without complaint, as they never do any work anyway - so in effect, they are paid for doing nothing, and any salary for doing nothing is, in effect, pure profit.

Similarly, as I noted above, an outside consultant, who has no real idea how the business is run, will suggest firing some of your most experienced and highly paid employees - as they are more of a cost burden to the company. But they may produce far more than their salary and benefits, unlike the slacker who is actually a negative drain on the company finances.

In the worst case scenario, the best-and-brightest all leave, leaving the slackers and goof-offs and people who are faking it, to run the company. And as experience has shown, they usually run the company into the ground.  So, a minor glitch in the income stream is turned into bankruptcy, as the company is torn apart by random firings and discouraging the best employees.

Almost all of these factors were mentioned in the story about "Meta" cited above. Rather than do the hard work of pruning the tree of dead branches (unproductive employees) they are issuing a blanket hiring freeze - meaning the departments which really need help, can 't get it, and will be reduced to relying on the goof-offs and slackers they already have.  Since they are capping bonuses and limiting raises, they will lose the most productive and smartest employees, who will jump ship for a better offer.

The death spiral ensues. Could this be the end of Meta? We could only hope. Fortunately for Zuckerberg, millions of anxious Grandmas will keep Facebook going, and Zuck can milk that cash cow to keep his Meta-dream alive - at least for the time being.

It was, of course, a problem of their own making. Recruiters sell prospective employees a series of small lies - that the company values work-life balance and that they are looking for well-rounded people with interests outside of work.  They show off the company break room with its own climbing wall and all that other sort of tech-y nonsense we saw in Silicon Valley back in the 1990's (playing nerf football in the hallways! How rad!).  Geez, it really was stupid!

So no wonder Zuck can't get people to attend his Zoom meetings on time.  Nancy is off to hike the Himalayas, while Steve is bicycling across America.  They'll be back in a month or two, work can wait, right?  You said!

So the layoffs begin and a lot of unemployed Engineers can't find work elsewhere - at least not for the same salary and crazy benefits. No more gourmet coffee in the break room!  Back to the galley with you, slaves!   And it isn't just Zuckerberg - Bezos and Musk are making noises about laying people off as well.

In a way it is all part of the circle of life.  The economy grows, particularly in certain sectors, and employers need more help.  They pay more and offer more to get warm bodies in the door - only to realize that the incremental profitability of each successive employee is less and less.  Eventually, the shit hits the fan, which in the tech world, happens every ten years or so.

When pretend employees get fired, everyone in the company cheers.  They actually make more work for everyone and there loss will not be mourned.  But when these cutbacks occur, they take out a lot of the good workers as well - innocent people get harmed.

So, how do we prevent this from happening?  Well, putting an end to this obsession with growth is a starting point.  A steady, slow-growing economy provides a stable environment which allows businesses to plan for the future.  The boom-and-bust mentality that seems to be favored by the GOP ends up making a few people very wealthy and harming the vast majority in the process.

Massive growth is what leads to these problems.  "Meta" increased its workforce by over 60% during the pandemic - a staggering growth in overhead.  When you are hiring that fast, it is hard to weed out the slackers and folks who don't know what they are doing.  And once you've embedded a bunch of slackers in your company, removing them is like removing cancer cells - you have to hope you don't kill the host in the process.

I mentioned before how some people claim to be "busy!" all the time as a means of justifying their high salaries to themselves.  They know, deep down, they are slackers and goof-offs and moreover are utterly unqualified for their jobs.  So they put up this aura of "business" to justify their position and salary and hope no one notices they really aren't doing anything of value.

And maybe that is one good way to prune the tree.  If an employee boasts about how "busy" they are, look closely at their work product. Chances are, they aren't all that busy!