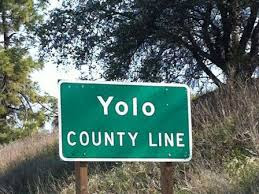 It is tempting, when you are young, to think that you'll never get ahead in life and thus decide to give up and just spend all your money pleasing  yourself - and borrowing even more!

In Japan back in the 1990's there was a trend - which probably continues today - where many young people, faced with the staggering cost of real estate there, just gave up on the idea of ever owning a home, settling down, and raising a family.  They decided instead to spend it all now on clothing, accessories, electronic toys, cars, and other things that depreciate rapidly.

We went there in the 1990's on business and it is an interesting place.  But it was somewhat alarming to see young people - some still in high school - with expensive leather purses with hundreds of dollars in their wallets.  They were well-dressed and well-groomed, but had no real savings or future.  Fast-forward 20 years and we see the result - a declining population, young men refusing not only to leave home, but to even leave their bedrooms.  It is kind of sad, really.

And sadly, a similar thing seems to be happening today in the US.  I read all the time postings from young people who claim they will "never get ahead" so they might as well spend all their money on a new gaming console, or an expensive tattoo or take-out meals delivered to their apartment.  It is a tempting thing to do and indeed, I think every generation does it, at a certain age.

When you turn 18, you are an adult, at least in theory, and at that age, most young people want to drink deep of the well of life.  Freedom!  Buy a car, get drunk, have sex, do drugs, go to a rock concert, buy a stereo (back then, gaming console today) and so on and so forth.   Why put money aside for Uncle Tomorrow - he can fend for himself!

The corollary to this philosophy is that "I'll never retire" because life is too hard and they'll probably get rid of Social Security by the time I'm 65 (and they will, if you keep voting Republican!).  So life is nothing but work, work, work, punctuated by brief weekend escapes and the transitional pleasure of buying stuff.   Real freedom?  No one can afford that!

The problem with this model is that you can't work forever - they won't let you.  Even during this "labor shortage" no one is going to hire me or any other 60-something as we are past our sell-by date.

I went through this same mindset in my early 20's as well.  Retirement was a long way off - if ever.  How could I ever afford to retire anyway?  Life was just starting out and there was so much to see and do - let's dive in and enjoy it!  Of course, since I was spending every penny I made and borrowing a dollar more, I ended up with little or nothing of value.  It is why young people try to make a Ferrari out of an old Dodge Neon - they can't afford the real thing, so they try to mimic.

Most people outgrow this stage and realize that money isn't going to fall into their laps and that if they want to have any kind of future, they have to go and get it for themselves.  Sadly, many others never leave this stage of life - ending up like Mullet-head guy with a barn full of broken toys and intractable debts.  I had a barn full of toys - and debts - too.  I sold it all and bought my freedom instead.

The whole concept of "live for today" was briefly encapsulated in the phrase "YOLO" (You Only Live Once) which quickly fell from favor as being a facile slogan that had no meaning whatsoever and was probably created by marketers to convince 20-somethings to spend every last penny.  While it is true you only live once (unless you are a cat or Buddhist) you do live for a good long time, and  your prime earning years are between the ages of 20-40.  So if you "live large' when you are 20, odds are, you will pay for it later in life.

Of course, the later you is a whole different person, right?  Fuck that guy!