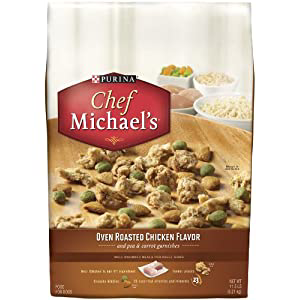 Owning a pet is an expensive proposition.  There are ways to reduce costs while maintaining your pet's health.

As I noted in The Pet Trap, a basic dog or cat can cost $1000 a year to feed and maintain.  This is a staggering amount of money for people living at or below the median household income in the United States (about $51,000 a year).   When you subtract living expenses (housing, utilities, automobile, food, health insurance) and savings, this may leave only a thousand or two in disposable income.  Spending half that amount on a pet seems kind of wasteful - yet many do it.
Even in higher income brackets, this can represent 10% or more of your disposable income.  And given that a dog or cat can live 15-20 years, this represents, over time, $15,000 to $20,000, or the price of a new car, which would last about as long.   And yet, many people don't look at their family pet and think of it as an expense along the lines of their family car.
In addition to dog food, there are medications the pet may need for flea, tick, and heartworm control.   And then there are Veterinarian visits, which can run hundreds of dollars apiece.  Throw in occasional boarding expenses, and you have a pretty hefty bill at the end of the year.  We won't even discuss the staggering cost of veterinary dentistry.  A simple cleaning for a dog or can can run $400 or more.
Finding an honest vet is one way to control costs.   In many cities there are "designer vets" that people go to, who charge exorbitant rates to give fluffy her rabies shots.  Some folks spend more on vets that they do on their own health care.  It makes no sense.
Food can be expensive as well.   Dog and cat food runs all the way from bulk "kibbles" sold in 50-lb bags to designer treats sold in tiny tins.   Our vet was constantly railing against the "kibbles" for our cats, claiming they would cause kidney stones and all sorts of ailments.  The cats lived to be over 20 years old, at which point, the vet said, "whatever you are doing, keep it up!"  So we kept feeding them the kibbles - in addition to the canned muck.
Our dog liked a mixture of the kibbles, along with a tin or pouch of that glop that they serve those tiny annoying barky dogs. I think she believes that she really is a small dog, trapped in a large dog's frame.
The problem with kibbles is that they go stale.   If you buy the large bag, the dog will stop eating it about halfway through. If left at room temperature, it gets rancid and actually starts to smell bad.   Can you blame the dog for not eating it?
The smaller bags stay fresh longer, but they cost, in terms of price-per-pound, nearly double that of the jumbo bag.   But if you buy the jumbo bag, most of the dog food goes to waste.  What to do?
Freeze it.
Yes, if you take the contents of the jumbo bag, put it into a series of large ziplock bags, you can stuff it in the freezer, and it will "keep" for quite a long time. So instead of having to go out and buy a small bag of dog food every week or so, you can buy the large bag, freeze it, and have it for months.
Does this save a lot of money?  Perhaps not a ton, but it does cut the kibble cost in half. And that works out to about $20 a month, by my calculation, or about $240 a year. Yea, that is a lot of money.
Newer Post Older Post Home