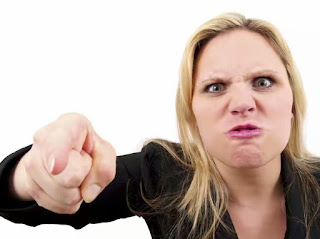 Comments are not always appreciated.


In response to a number of SPAM, TROLLING, and HATEFUL comments, I have changed the comments section here to limit to people who are "members" of the blog, whatever that means.  I need a break from "Comments" for a while, as they are getting to be too much work, and frankly, many of them are problematic.

A lot of the comments I receive fall into a number of troublesome categories:

2.  Grooming Comments:  There are companies that, for a fee, will "groom" your reputation on the Internet.  They do this in a number of ways.  They try to drown out bad reviews of products and services by putting up 500 shill reviews, for example.  Or they threaten legal action if you don't take down a criticism of a product or service.

If they can't do either of those, they will try to ameliorate the damage by making comments on a site that call into question the poster's motivations, or say things like, "Well, granted there are problems with [product or service] but on the other hand...."

They also use other techniques, such as personal attacks, or trolling.  The point is, if you can take a well-written and concise essay and water it down with 15 pages of bizarre comments and responses, you have done a lot to damage control your client's reputation.   "Yea, there are criticisms of my client's products, but look at the comments section!  Nothing but crazy people believe that!"

3.  Trolling Comments:   Trolling is always a problem, as people who troll think they are "clever" and what they do is try to make a comment that seems relevant enough to be taken seriously, but is just weird enough to get you off-balance.  The goal of the troll is to get you to "bite" on some piece of bizarreness and then laugh at you for taking them seriously.

Trolls are sick people with too much time on their hands.  But again, they could be professional trolls, trolling with the idea of grooming a product or service.

4.  Off-The-Wall Comments:  These could be the result of grooming as well.  If you can hijack a discussion about Long Distance Service Providers, for example, and turn it into a debate about the future of Cuba, you can water-down the impact of an article considerably.  So off-the-wall stuff might be intentional.

On the other hand, there are just crazy people who just free-associate and riff on things and take an issue and push it off into a tangential direction.   These comments are not helpful.


5.  Missing the Point Comments:  These are folks who don't read, or read only the first few lines of a posting and then fire off a response.  Or they read the post and just miss the point.  I point out how dangerous Credit Cards are to consumers, particularly those high-interest cards baited with points or rewards, and readers respond with, "Well, you know, you can make money on those rewards points!"

The point is, 70% of people with credit cards carry a balance, and at those interest rates, the rewards are pretty much negated - big time.  Getting 3% back on a purchase is nothing when you are paying 15% revolving interest at the same time.

Again, these could be grooming posts, as the idea is to sell "rewards" cards to the plebes.  They throw pennies at us, hoping we spend dollars.

I received a litany of such comments after posting about Staple's Rewards Program.  They were all so similarly worded as to lead me to believe they were professional grooming posts.   The Staple's Reward program - like all reward programs - sucks.  You can do better by shopping online.  And no, you can't get thousands of dollars of "free  software" by gaming a rewards program.  Just give it up!  Major corporations are not handing out free money samples this week - or ever!


6.  "You are not entitled to an opinion, but I am!" Comments:  Blog is short for "web log" and it started out as a way for people to write a diary of sorts, with their opinions on everything from the price of hot dogs at Yankee Staduim, to the value of collectable Hummel figurines, to political opinions, to, well, whatever.  You write what you want to write.

Some people don't seem to "get" this and think that I am obligated to offer "equal time" to their crackpot views, or that somehow I have to present a "fair and balanced" perspective, which to them means validating their radical opinions.

From their perspective, I am not permitted - by law - from presenting any type of opinion, other than theirs.

This is just idiotic.  If they want to start their own blog, they should do so.  But they can't tell me how to write mine, or what opinions I should have.


7.  SPAM comments:  These are usually comments that are very vague and oddly worded - probably written by non-English speakers in the 3rd world as part of a marketing campaign to "get traffic to your site!"   They say things like, "That is a very useful and informative post!  Thanks for sharing the information! Car Repair in Birmingham."   The last part, of course, being a hotlink to someone's commercial website.

These were fairly infrequent at first, but started to become more common, to the point where there were five or six a day.  And unfortunately, Blogger does not display the links until you POST the comment, at which point you then have to go in and manually delete comments.   It was just too much hassle.

As you can see, there is more heat than light here, and while I appreciate sincere comments, it seems lately I am getting more chaff than wheat.  The only way to fix this is to just limit comments to members only.

As I approach my 2,000th blog posting, also, I realize I have said about all that I have to say.  My goal in this blog was to figure out how I was spending money and how to save it.  And in that regard, I have succeeded - cutting my monthly expenses by thousands of dollars, becoming totally debt free and fully funding my retirement.

I pretty much have done everything I have set out to do here.  So as 2012 winds down, I may publish the last 100-odd postings I have in draft form, from over the years, and then let it go.