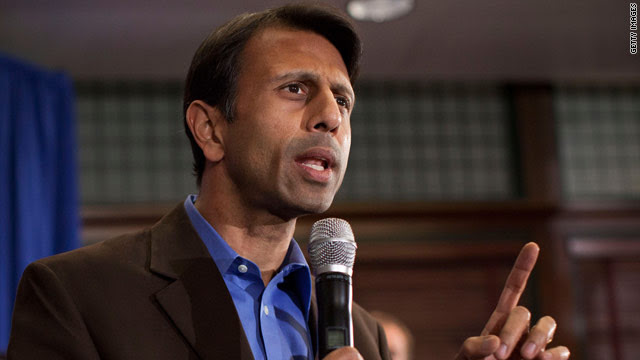 Jindal has been seen for several years as a rising star in the GOP who is well-versed in the policy issues, especially entitlements and spending.

A recent interview about his Presidential ambitions, Lousiana Governor Bobby Jindal said what needed to be said:


In the interview, he said the GOP needs to "stop being the stupid party" and truly expand its tent.

"It is no secret we had a number of Republicans damage our brand this year with offensive, bizarre comments - enough of that," he said, according to Politico. "It's not going to be the last time anyone says something stupid within our party, but it can't be tolerated within our party. We've also had enough of this dumbed-down conservatism. We need to stop being simplistic, we need to trust the intelligence of the American people and we need to stop insulting the intelligence of the voters."

Now if he can just learn how to give a decent speech.
Newer Post Older Post Home