Guns in the House... 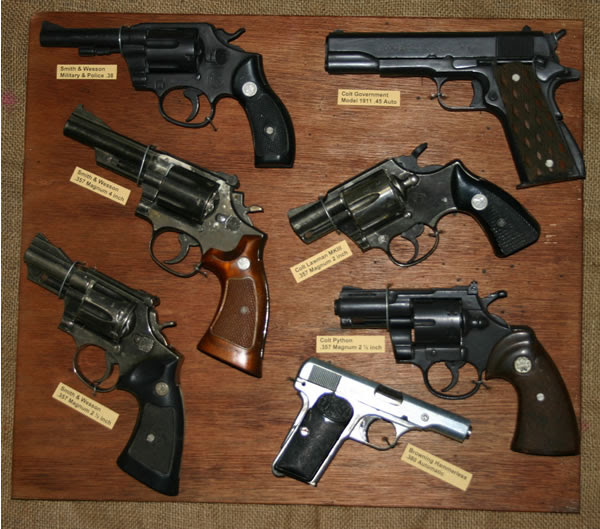 The problem with keeping loaded firearms in the house is that they can kill or maim you or a family member.  In fact, they are quite likely to do so.


I got a phone call today.  A friend is in the hospital with half his head blown off - by his own .357 Magnum.

This is not the kind of phone call you want to get.  To hear about a young man, in the prime of his life, now with his life shattered.   Facing months, if not years of rehabilitation.  Disfigured for life.   Perhaps never returning to work.  The amount of pain and suffering is unimaginable.

And this sort of thing, I keep thinking, happens to other people.  This is something you read about in the newspaper or see on a television show - which makes it unreal.   This doesn't happen to your friends and family.  It doesn't happen to people you care about.   Does it?

Of course, you are already asking yourself, "How did he get shot with his own gun?  Was it a suicide attempt?  An accident?  Did is wife try to kill him?  What?"

And yes, it is human nature to want to know the "dirt" - and sadly, we will never really know, as he remembers nothing (and with the brain damage, will likely never remember).  Was he despondent?   Were they having an argument and he made a rash dramatic gesture?   Did he drop the gun?   Was she sleep-waking on Ambien and didn't realize she did it?  Or what?   Like I said, we'll likely never know.

Why did they keep this gun, which cost a lot of money and was a very dangerous and powerful weapon, in their nightstand?  Protection against intruders was the reason given.

I was a little alarmed, a few years back, when he told me that they were taking up target shooting as a hobby.  They bought a large-caliber weapon, but after a few weekends at the range, realized it was very expensive to buy ammo.  So they bought more guns - smaller calibers for target shooting, larger ones for "home protection".

Like I said, it alarmed me, but he told me they were responsible gun owners and nothing bad would happen to them.  That obviously didn't work out.   And yea, I am a little upset about this.  Upset that a gun industry sold them a bill of goods that having guns was a desirable thing and "fun" and that they would need guns to "protect themselves" - when statistics show that far more people are injured by their own firearms than "intruders".

And now my friend is a statistic.

And the intruders?   Well, my friend and his wife lived in an upscale development far from the inner city.   There was hardly a crime wave going on in their neighborhood, if there was any crime at all.   And what did they own that was worth stealing?   A flat-screen television?  Granite countertops?  An old computer?   No junkie, even if they could find their way 30 miles out of the city, would be interested in such crap.

If you are at risk for crime, it is someone burglarizing your home when you aren't there - taking your stuff at their leisure and then putting it in a plumbing truck in your driveway.   No one in the sterile suburbs would even notice it - and your gun is no protection if you aren't there.

If you are at risk for violent crime, it would be the mugger putting a gun in your face as you visit the nightclub in the bad part of the big city.   And then it is too late to pull out your own gun (assuming you have it!) and shoot him, without him shooting you first.

And in many cases, the mugger just takes your gun away from you, and shoots you with it.

No, this "home protection" nonsense is just that - Nonsense.   The NRA likes to tout "stories" about how so-and-so thwarted a robbery or shot a home invader.   But they are anecdotal stories that are overwhelmed by the number of accidental shootings in America every year:

"Rather than being used for self-defense, guns in the home are 22 times more likely to be involved in accidental shootings, homicides, or suicide attempts.

For every one time a gun in the home was used in a self-defense or legally justifiable shooting, there were 4 unintentional shootings, 7 criminal assaults or homicides, and 11 attempted or completed suicides."

Read that again.   Twenty-two times more likely.   You buy a gun and odds are, you are going to hurt yourself or a family member.   The odds you will thwart "an intruder" are very, very slim.

And we have a lot of people in this country convinced that the "gub-ment" is evil and corrupt and trying to "take away their guns" and that a gun purchase is a sound investment, as you can use it to protect all the precious Chinese-made shit that you bought at the wholesale club, from those "intruders" (black people) who want to rape your wife and steal your crap.

So, with that in mind, nothing is going to change.   The NRA will tut-tut about my friend's fate and tout some "story" about a guy in Texas who shot a teenager trying to steal his car battery, as an example of how the system works.

Meanwhile, lying in rehabilitation, half his face (and one eye) missing, breathing and eating through a tube, my friend looks forward to the rest of his life, which at age 35 changed dramatically one evening.