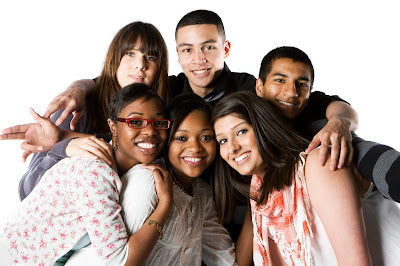 Some survey comes out and a guy writes a book, and suddenly, we can just pigeonhole an entire generation.   Life doesn't work like that.


Surveys, as I have noted, are a waste of time for the person being surveyed, and pretty useless in terms of results.

NBCNEWS published this idiotic article about "Millennials", replete with cutesy-wootsy drawings of 20-somethings doing millennial things (Note: drawings since removed, apparently out of embarrassment).   It is based on a Pew Survey of what Millennials supposedly are like.

This idiot appears on the daily show, touting his new book about Millennials and what they want.

Why can I say this with certainty?   Well, they said the same things about our generation.   That is to say, the media and pundits and people selling books like to lump huge groups of disparate people together, and then say "they are all like this" - when in fact they are not.

I mentioned before a friend of mine who was at Kent State during the shootings.   Coming from a family of wishy-washy liberals and siblings who all smoked pot and wore their hair long, I was intrigued.  "What was it like?" I asked.

"Actually, I read about it in the paper the next day.   I was studying Engineering and didn't have time for protesting," he replied.   It turns out that despite the media coverage, most of the Kent State campus was not protesting, at the time.   Many students went to classes and weren't even aware something was going on.

And a lot of people of the "hippie generation" were the same way.   In fact, it is safe to say that most were likely not hippies.    But to hear the media present it, everyone in 1969 was smoking dope and had the same social values and interests.   It wasn't so then, it wasn't so today.

The first thing that irks me is this tag, "Millennials" - which like "Baby Boomers" is totally inaccurate and based on age alone.  Grouping disparate people together based on age is just stupid.   A young black kid growing up in the ghetto, some rich suburban white kid, and an adopted Chinese girl, have nothing in common, just because they are the same age.  The child of fundamentalist Christians has nothing in common with the child of progressive liberals, just because they are the same age.   Who people are and how they react and what they do, and what their values are, cannot be reduced to a simple factor of age alone.


"...Slackers who take surveys are more likely to be unemployed and living with their parents and don't own a car.   The busy "Millennial" with a job, doesn't stop to take surveys."

And age ranges are even more untrustworthy.   The "Baby Boomer" moniker applies to people 15 years my senior, and also to my age, the latter of which is the largest portion of the baby boom.   My elders in this group came of age during the 1960's, whereas people closer to my age came of age in the late 1970's.   In case you missed history class (or weren't paying attention back then) those were two different eras.  The Vietnam war had ended by the time I was 16, and gas was pushing $1 a gallon.   They listened to Rock and Roll and drove "muscle cars" in the 1960's.   We listened to Disco and drove "Pimp Barges" in the 1970's (we clearly got the short end of the stick, there!).  The issues and events of our lives were completely different.

Yet these statisticians lump us all together as one group.

And the same is true with "Millennials" who the Pew Research people lump together as anyone from 18 to 33.   Let me tell you, the difference in life experiences between those two extremes is quite dramatic.   The 33-year-old grew up in the post-9/11 era, with a booming economy and George Bush as President.   The 18-year-old, on the other hand, grew up in the post-2009 recession, with Barack Obama as President.   These are two quite different "coming of age" experiences!

And the statistics that the media touts are idiotic and often contradictory.   For example, one survey suggests that "Millennials" cannot afford a house, a car, or even to get married, so they live with their parents.   Yet today, another article suggests that Costco will "go out of business" because Millennials live in cities and don't have cars.  Which is it?   Do they live with their parents (in the suburbs) or live in cities?

Or is someone at Time just shorting Costco stock?   I suspect the latter.

The truth is, you are not a survey statistic, nor a peer group, or a label.   You are an individual, and what you do and how you do it are not predetermined by some survey or age group or generation.  There were plenty of young people in the 1960's who did not smoke pot and protest, just as there are plenty of young people today who do.  And while the recession of 2009 meant a lot of people struggled to find jobs (just as the recession of 1980 affected "my generation") others manage to find jobs and succeed.

Like I said, I graduated in 1978, in an era of over 10% unemployment (take that, Millennials!) but got a job with GM as part of their co-op program.   And yes, today, they still have such programs, and I recently met one of these "Millennials" who is co-oping for Bosch.   So much for surveys.   Even after I flunked out of GMI in 1980 (when unemployment was even worse) I managed to get a job with Aeroquip and an even better job with United Technologies.   At the time, most of us didn't think life was so difficult.   We had a job, a place to live, food to eat, and some beer to drink.

And funny thing, no one back then ran articles in the paper, pigeonholing us as some "weird new generation" whose expectations are much lower than everyone else's.

And a funny thing, too, in 1982, at age 22, I bought my first house, despite the horrific mortgage rates of the time, and the doom-and-gloom touted by the media.  I was not a statistic.

And statistics can be misleading.   For example, these recent "surveys" tout that Millennials are "less likely to own a car" and less interested in owning one.   This does not mean they don't own cars.   If you read that meaningless survey statistic in the abstract, you might think young people today don't own cars.   But au contraire, they do.   It is just that in terms of percentage of ownership, they are slightly less likely than previous generations to do so.    And this is not an earth-shattering statistic, just a reflection of the recent economy - and the fact that the slackers who take surveys are more likely to be unemployed and living with their parents and don't own a car.   The busy "Millennial" with a job, doesn't stop to take surveys.

So the idea that Costco is going to go belly-up because "Millennials" will stop buying stuff or because they take the bus everywhere (every single last one of them!) is pretty overstated.

So why does the media hype this nonsense?   It ain't hard to figure out.   People like to feel bad about themselves and bad about things.   More people will click on an article that says, "Stock market drops" than "Stock market rises" - people like bad news.   And bad news is the definition of "News" as I have noted before.

Other folks, such as the survey-takers, want to claim to be gurus, and "understand" the inner-workings of this "new generation" of consumers, and thus sell their survey data to marketers and manufacturers.

Still other assholes, like the guy on the Daily Show, are just selling books and want to make money that way.

The long and the short of it is this:  People are who they are, and you can't lump them into one category or another by age or zip code.   One 20-something may have more in common with a 65-year-old living in The Villages than with his "peers" in his age group.  It all depends on the person.

Saying that everyone who was born over a 15-year period is all alike is just nonsense.   And even saying you can spot trends in such a diverse group is an exercise in futility.

Let's stop labeling people, period.  If you want to sell a product to "Millennials" then maybe you should try selling a good reliable product at a decent price.   Because "Millennials" like all human beings, appreciate a bargain.   There is no "secret" to be found in these surveys - they are just a way of wasting everyone's time and emptying your wallet.

UPDATE:   This excerpt from the Pew Report makes me realize why they call it "Pew"  as in "P.U.!  This stinks!"

"Pew Research Center surveys show that half of Millennials (50%) now describe themselves as political independents and about three-in-ten (29%) say they are not affiliated with any religion. These are at or near the highest levels of political and religious disaffiliation recorded for any generation in the quarter-century that the Pew Research Center has been polling on these topics."


Now think about this for a minute.   A "Quarter Century" sounds like a long time, until you realize it is just 25 years.   And 25 years is not a long time when you consider the age range being monitored is fifteen years.   In other words, this "greatest this, least that" nonsense is specious, as the sample range of data is hardly longer than the age range being sampled!

Note also that most people identify as independents and this is typically even more true with younger people, historically.   This is some weird new trend?   I think not.

Also, saying that 29% are not affiliated with any religion is hardly a earth-shattering statistic.   Particularly when you put it in terms of three-quarters of them do identify with a religion.

In order to understand these numbers, you have to compare them to societal norms, and in those terms, 50% and 29% are not that far off, nor are they that alarming.   But you aren't going to go out and buy the services of the Pew people, if you are a marketer, if they say, "Gee, they are human beings like everyone else!"

It sounds more alarming when you add the tag line that "These are at or near the highest levels of political and religious disaffiliation recorded for any generation in the quarter-century that the Pew Research Center has been polling on these topics."

Lions and Tigers and Bears! Oh, My!

Statistics for people who flunked Statistics - or who thought "math was hard".   Sheesh!

P.S. - the other new alarming insight of this survey is, "Young people use social media".   Wow, I so totally did not see that one coming!   (Caution, the sarcasm light is ON).


P.P.S. - This little tidbit should scare you even more:


An entire generation is painted with a wide brush, based on the survey results of SIX HUNDRED SEVENTEEN PEOPLE out of a nation of THREE HUNDRED MILLION.