Sexism on the Left 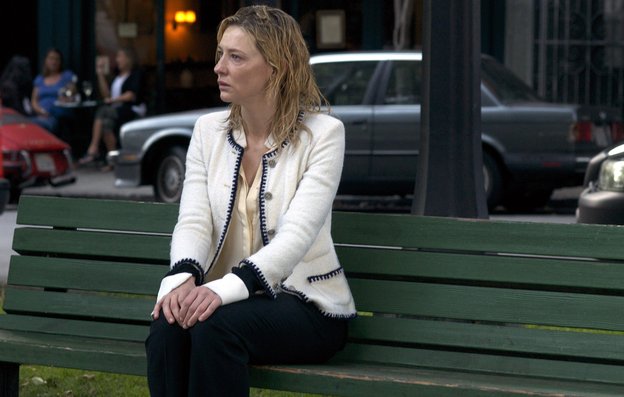 Women demand and deserve equality with men.   One of the biggest obstacles to this is not from the Right, but from the Left, who tells Women they are "different" than men.  They tell them they are victims.

You've come a long way, baby.   That was the sexist "equality" slogan used to sell cigarettes to women in the late 1960's and early 1970's.   Not much has changed since then, with the idea of women's equality.

And sadly, today much of this retrograde attitude toward the sexes comes from the Left, not the Right.

This morning, on People's Leftist Radio, this tidbit from the "Marketplace" program from American Public Media about Women and Investing:

"I really don't know where to start," says Christiane Geidt, married and 46. She's actually accumulated a nice chunk, but — common for women — it's sitting in her savings account. Geidt is nervous about losing money if she invests, something that doesn't seem to bother her husband.

"I think men ... enjoy it more," she laughs. "It's their adrenaline, maybe, that kicks in."  Actually, research suggests it's testosterone that makes men open to to such risk.   But women have something else that men don't.  "Women are terrified of retirement," says Cindy Hounsell, president of the Women's Institute for a Secure Retirement. "They're terrified of running out of money. They're terrified of becoming bag women."

"We don't want wealth management gobbledygook that we can't understand," she says. "A lot of the studies show that women want somebody that they can talk to, who will say, 'How old is your mother?' And 'Who is caring for her?' and all those things. Well, they haven't been trained like that."

One thing I like about People's Leftist Radio is that it usually gets me so angry in the morning - with blithering nonsense like this - that I get up out of bed, rather than lay around lallygagging.

Wealth Management Gobbledygook?   I threw the radio against the wall (I go through a lot of radios this way).

What we are told here, in a not-so-subtle message, is that Women are "different" than men, and have "special needs".   They are delicate hothouse flowers, who, now that you think about it, should probably stay home and let the men manage things.

Oh, but those brutish men!  What with their testosterone and shrewd wealth management strategies!   Women are victims here, of a system that is stacked up against them!  If only having a uterus would make one savvy with investing!

Wow.   Pretty sick stuff.  But it doesn't begin or end there.   The Left laps this shit up - "Women are from Venus, Men are from Mars" and that sort of crap.   Weepy self-help books that don't say "Stand up for yourself" but rather, "We understand, we are victims too!"

The problem with this approach, other than it is factually, scientifically, and socially wrong, is that it is very dangerous and harmful.   Once you posit that women are "different" than men, then you concede that they cannot be equal to them and thus demand and deserve "special treatment" - which is what caused women to be treated as chattel in the first place.

All I could think of, when I heard this piece of drivel from "Marketplace" (which has a lot of drivel) is how an investment firm could be targeted to women.   And this scenario started playing out in my head:

"I just love my investment adviser at at the Womyn's Investment Financial Group!   We have such good times!  None of that Gobbledygook that the mean male adviser used to give me!  You know, like math and stuff that we girls are no good at!

We just have a little "me time" when we get together!  We have facials, do our nails, and then gossip a bit over a Chai tea.   Then we take a soaking tub while she tells me about emerging market growth funds!   It's just all girl-time!

And she takes such an interest in my life.   We trade tips on where to shop, as well as dieting advice.   She is just like a super-friend to me!

And none of those confusing numbers or any of that hard stuff that women just can't handle!   She understands my needs!

Yes, Ms. Madoff is the best investment adviser I've ever had!"

Is that what women want?  Really?  To dumb things down?   I respectfully disagree.   Or let me rephrase that.   Let me scream from the mountaintop that that idea is a crock of utter bullshit.

Women are making huge strides in the professions.   More women graduate from law school and medical school than men these days.   And this is real progress as opposed to the "I'm a victim" type of "progress" that the media touts.

When I was a lad, a "lady lawyer" or a "lady doctor" was something to be remarked about - and made fun of.  Johnny Carson (who was, in retrospect, a real prick) would make jokes about those "lady doctors" on the Tonight Show.

You have come a long way, Ms.

But this progress came not by making special exceptions for women (for the most part) but rather by allowing them to compete on an even playing field.   Women do not get deference in medical school or in law school.   The do not get special treatment in the hospitals or the courts.   They have to win their cases and cure their patients using their skills and skills alone.

There are, however, those who think themselves "progressive" who think that the fight for equality means pandering or catering to women and minority groups, who are viewed as damaged goods or victims who need a boost up, in order to succeed.

I mentioned before about a visiting professor in law school who thought that women in law school were "intimidated" by the mean, old, testosterone-producing men.  He felt that only women should be allowed to answer questions in class, lest the evil men intimidate them.   I asked him about this policy and pointed out to him that once they graduate, Judges wouldn't give them the same special treatment - and that they would have to think on their feet and not be hothouse flowers and wilt, the first time some "man" is assertive in court.   He didn't agree with me.   Needless to say, he wasn't invited back as a visiting professor.

Despite the actions of Leftists like him, women are succeeding in this world, not because they are given special treatment, but simply by opening doors that were previously closed to them - closed for no other reason than their gender.

When I was at General Motors Institute, there was a woman a year behind me who is now President of the Company.   And today, she is in the hot seat because of decisions made long prior to her tenure.   But she is handling it well, and not because she is a woman or in spite of that fact.   She has demonstrated that she is capable of leading and that she has the skills and know-how to do the job.

In other words, despite the media hoopla about her gender, she got the job because she deserved it, and gender was not a consideration.   That's the way things should be.

And it is the way things are trending.    Now, granted, this is not the path that all women want, nor should they.   You can be whoever you want to be, and if you want to stay home and raise the kids in a "traditional" sense, that's OK, too.   But that doesn't mean that your whole life should be focused on "finding the right man" and "marrying smart" either.

I think neither.  I think women are like any other human being and they want to have the same opportunities as others - based on their skills and talents alone - and the choice to do what they want to do with their lives.

Traditionally, opposition to this idea came from the Right - who thought women should stay home and make babies and be subservient to men.   The Right has largely abandoned that idea.

Sadly, the Left still engages in pandering to women and treating them as victims.   That remains the last obstacle and hurdle for women to overcome, to achieve full equality.

Not the Right.  The Left.