How Money Changes You 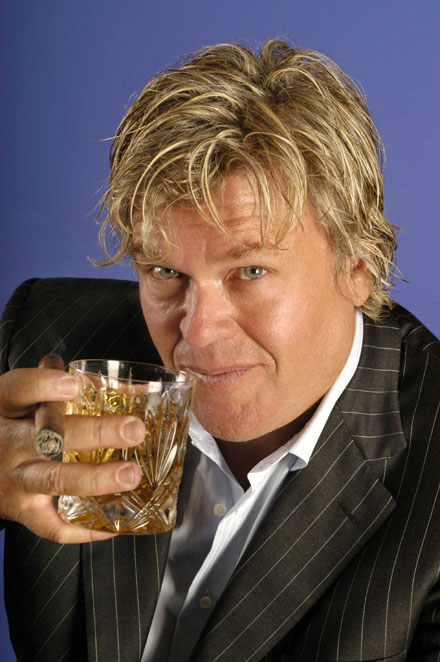 As one Ron White once put it, if he came into some money, he would be out with his "new friends" and not hanging out with us.   Sadly, this often is the case.


Having or not having money can affect your personality and how you behave, in fundamental ways.   And if you or your friends become wealthy (or lose wealth) chances are, it will strain your relationships, dramatically.

Well, there is a reason why most folks tend to segregate themselves in society, largely based on income.   It is a nice utopian fantasy that the rich and poor can live chock-a-block next to each other, but reality, it rarely pans out.   The City of Alexandria, for example, tried this - putting public housing right downtown in the one of the wealthiest neighborhoods.   They quickly realized that they were squandering their tax base - and driving away people from the city, as well as bringing down neighboring property values (further eroding the tax base).   The projects were razed, replaced with Yuppie townhomes, with a few "affordable housing" units tossed in to appease the liberals.

But on a more personal level, how much money you have affects how you behave.   And having lots of money can turn you into a real asshole, in short order.  Worse yet is thinking you have a lot of money, when you don't really.   And I see a lot of this sort of thing here on retirement island - as well as in Foreclosure Mews Estates godforsaken mini-mansions in-a-former-cornfield developments.   People think they are "rich" and spend more than they make, so as to rub their neighbor's noses in their wealth.   Too soon, they realize they aren't as wealthy as they though they were, and they become angry and bitter when the money runs out - convinced that "the government" or "those people (blacks) on welfare" or "Obama" took all their money.   The truth is, no one took their money away - they  just spend it themselves.

Money, or should I say, difference in money can make things awkward as well.   A reader once wrote me that they felt uncomfortable going out to eat with friends.   The friends would always say, "split the bill four ways!" instead of using separate checks or dividing up the check appropriately.   The problem  was, she made less money than her friends, or at the very least, she chose to spend less and save more.   And when her friends order the Lobster, and she has the egg salad sandwich, "splitting the check" evenly certainly isn't fair.

And that's where money gets awkward.   If you have substantially more (or less) money than your friends, it creates difficult situations.   Your friends say, "Hey, we're all going on a cruise!  Why don't you join us?" and when you realize the cruise is $5,000, maybe you have to say "No, thanks!" - and end up getting left out of social obligations.

Lack of money also creates social inter-dependency that is often lacking in the very rich.   If the rich need something, they hire someone.   When money is scarcer, you tend to rely on friends and neighbors to help you out.   You help each other out, from time to time, whether it is helping a friend move to a new apartment, or helping them reformat their hard drive.   Maybe they bake you a cake in return.   When money is tight, people are tight too.   Rich folks just call someone and pay.

And that illustrates why lack of wealth can be a binding force that holds families, friends, and communities together, whereas gross excess of wealth can spin them apart.

And as a result, they tend to gravitate towards other people with similar amounts of money to spend, and maybe you'll be left behind.   That's probably OK, really, as trying to "hang on" to relationships, once they are obsoleted for one reason or another, is never a good idea.

I've known a lot of wealthy people over the years (people with a net worth in the eight figures, which is a lot of money to a middle-class schmuck like me) and sometimes the relationship works out OK, and other times, well, it gets old.   I mean, I don't mind going over to their house and checking out all the nice shit they bought.   But one does get tired of ooohing and aaahhing over some expensive piece of crap they bought - as if buying something were some sort of accomplishment.

And while they are very generous to me, I resist the urge to take advantage of such generosity.   "Hey, if you want to borrow the yacht, go ahead!" sounds like a swell invitation.  But if you take them up on it, they will feel, in some small way or another, that you are using them.   Best to keep friendships on a personal level, and not a financial one.

As I noted in an earlier posting, being middle-class is not such a bad deal.  Since I will not get an inheritance, and my finances are all tied-up in tax-deferred accounts, I will never have some huge "lump sum" payout that will deceive me into thinking that I've hit the big time.   On the contrary, from a tax perspective, my best option is to marshal my resources and take out only as much as I need, in retirement.   I can live a comfortable life, but not an excessively wealthy one.

Once in a while, I buy a lottery ticket, on a whim.   It is an utter waste of money, to be sure.  And since the "Mega-Millions" has added like 30 additional numbers to the mix, the odds of winning are now longer than being hit by lightning and a meteorite, at the same time.  As a result, the "jackpots" are regularly in the hundreds of millions, and often approach a Billion dollars.

I am not sure I would want to win such a jackpot.   It would not make my life better, but in fact, worse.   With that much money on the table, you would become a target for lawsuits, robberies, burglaries, kidnapping, and the like.   It would make relationships with your old friends uncomfortable, to say the least.   And while a big pile of money might get you into the Country Club set, you will never really be accepted by the new (earned) money and certainly not by the old money.   A Billion dollars or not, lottery winners are still viewed as trailer trash.

So, when I lose the lottery, I say, "thank God, I dodged a bullet there!" and lately, I don't play the lottery so much anymore.   Even if it is "just a dollar" (now two dollars for Powerball) the cost does add up over time.   Playing $1 a day, over a 45 year working life, invested at 7% interest would come to $111,599.39 in your retirement account - a pretty "sure thing" as opposed to a long-shot.   And more importantly, it would make your life better, not ruin it.

A cold beer tastes best after you've mowed the lawn on a hot day.   It tastes the worst after you've 20 of them on an all-night binge.  Money works the same way.  Money is more satisfying when it is earned or saved, over time.   Wallowing in gross excess is never pretty, and never satisfying.