The Difference Between Gross and Net 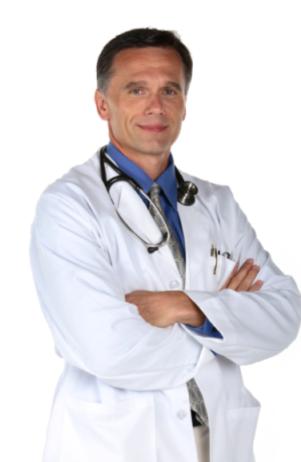 This stupid article from CNN (and the ignorant comments accompanying it) illustrate how idiotic most American are.   People don't understand the difference between "Gross Income" and "Net Income" - which is a pretty basic thing.

If you are an average plebe - or a pot-smoking hating liberal - you would read the article and say, "This is scandalous!  Doctors making $21 million a year off of Medicare!   We should put a stop to this!"

But, if you read the article carefully, that is not what it says.

"One ophthalmologist from West Palm Beach, Fla., collected nearly $21 million, while a cardiologist from Ocala, Fla., received $18 million in 2012. Seven doctors pulled in more than $10 million in payments, while nearly 4,000 are Medicare millionaires.

For instance, the data doesn't reveal the conditions of the patients. Also, doctors don't always get to keep the entire payment since they may have to reimburse drug companies or other providers for part of the service.

This is one reason why oncologists and ophthalmologists rank so high, said Medicare officials. These doctors often use expensive drugs in their treatments. Medicare pays the doctor 106% of the cost of the drug. The physician pays the pharmaceutical company for the medication, but keeps the additional amount for himself."

Just because a Doctor bills Medicare for a million dollars does not mean he takes home a million bucks in cash.   In fact, he never does.

Like any other business, a Doctor's office has huge overhead.  There is the rent, utility bills, the equipment, the nurses, physician's assistants, other doctors, the clerical staff, and of course, malpractice insurance.   If you are lucky, you might take home half of what you earn, if that.

And then there is medicines.   As the article notes, the medicines are billed to medicare at 106% of cost.   The doctor makes a lousy 6% mark-up on the cost of medicines, which barely covers the overhead of stocking, inventorying, taxes, and the like.   And for some practices, such as oncology, the cost of medicines can dwarf all other costs, which again, would make the overall amount "paid" by Medicare seem artificially high.

In my Patent Practice, I have the same problem.   I have to pay fees to the Patent Office, often in the thousands of dollars, and in turn, bill my clients and then get reimbursed for them.  I do not "mark-up" these fees, and that is a real cost to me, as I have to advance fees, on some occasions, and sometimes I don't get paid back, or I have to float a loan for 30, 60 or 90 days - or more.   And in fact, lately, I have been requiring advances on fees just for that reason.

And one reason I closed my downtown practice is that the City wanted me to pay a 4.5% "Gross Receipts Tax" on every dollar I collected.   Thus, I would have to pay $4.50 for a $100 fee that I merely pass on to the Patent Office.   Not only would I have to raise my rates by 4.5% to cover the added cost to my fees, but effectively double this to cover the overall cost of such taxes.   Now you can see why doctors "mark up" the cost of drugs by 6%.

The problem with this CNN article (and the accompanying comments) is that it perpetuates a lot of mythology and ignorance, which damages our country as a whole.

First, it demonizes doctors even more.   Politicians like to blather on about "bad doctors" and "bad teachers" when discussing medical or school reform - as if we were over-run by hoards of incompetents.   For some reason, no one ever talks about removing "bad politicians" even though there is plenty of evidence they dominate that profession.  In any discussion about medicine, we have to stop using faceless unseen doctors as a punching bag for all our aggressions and frustrations.

Yes, some Doctors make a lot of money.  Wake up.   That's the whole point of going through a grueling medical education and internship.   It is hard work, and you have to do very messy things like cut into people and not be squeamish.   And you have to be really, really smart - and our society should reward people who are really, really smart.   One more thing - you have to be willing to take the risk that people will die if you screw up.   It is not an easy job.   You try it sometime.

Second, it confuses the plebes about how businesses work.   Oftentimes, in CNN Money and other know-nothing "financial networks" they will blather on about how "revenues" for a company have doubled or whatnot.   This gets everyone fired up, until in the fine print, they note that "profits" are actually down by 50%.   Overall revenue - the gross income a company collects - is really irrelevant, compared to the profitability of the company.

And yea, a lot of smart people miss this, too. Volkswagen set out to become "the worlds largest automaker" - failing to learn from GM and Toyota (the world's largest automakers in the past) that selling a lot of cars does not mean you are making a lot of money.   In fact, you can lose money on every car you sell and end up bankrupt, as GM did, not that long ago.   BMW, on the other hand, sells a fraction of the cars GM does, but is the most profitable car company on the planet.

But to talk about gross revenues as being "profits" of a company or a doctor is as stupid as saying 2+2=5.   It is such a fundamental mistake - and yet the media loves to cloud the issue, by never clarifying whether they are talking about gross or net income, in any financial article.

Which is why it never pays to get your information from the media, particularly financial media.

"Seven doctors pulled in more than $10 million in payments, while nearly 4,000 are Medicare millionaires"


CNN money and the media in general, confuse Income with Net Worth all the time as well.

And again, this "Million dollars a year" is your Gross Income, not your take-home pay which could be less than half that - may far less.

But you see where CNN is going with this - the class warfare thing.   And they have coined a trendy name that they hope will get traction - "Medicare Millionaires".

Gee, how much does the head of CNN make these days?   And I'll bet he never went to medical school.

How much is "Dr. Sanjay Gupta" paid by CNN to not be a Doctor anymore?
Newer Post Older Post Home