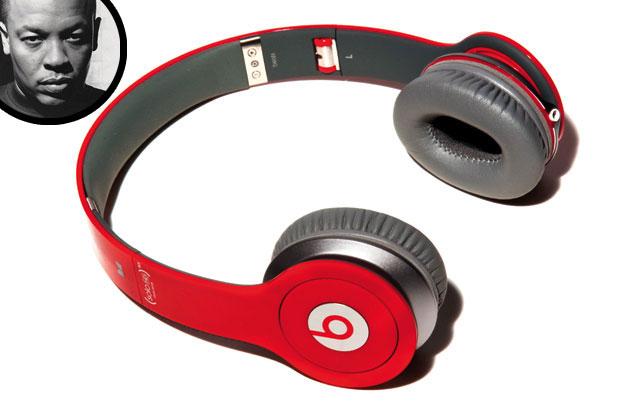 Headphones with a loud bass and sponsored by a rapper are the foundation of an "Empire" we are told.

The media loves to sell us stories, and in several magazines recently, I have read about "The Beats Empire" which we are told encompasses a new headphone design as well as a recording conglomerate and other audio equipment.

I smell an IPO on the horizon.

Beats Electronics LLC is presently a closely-held company.   But hype like this generally leads to only one thing - an IPO.

The problem with this "empire" is that it is founded on a technology that is very old and unprotectable.   The makers of the headphones discovered that ear buds don't really produce good sound (imagine that) and if you want more bass, you have to use a more traditional headphone design.  So the "old school" headphones are back, re-imagined for a new generation that never owned a pair of KOSS Pro-4AA's.

And as such, other manufacturers are entering this "space" with headphones of their own - sponsored by rap stars of their own.

But of course, like with Apple products, they don't have the distinctive logo and cache that the kids all want to have.

Another fad is born.

All I can say is this:  After seeing so many articles about "beats" headphones, usually with cheerleading headines, something is up.  Nothing happens by accident in our media-saturated society.

So, wait for it.  You will hear, in about six months or so, about how "Beats Electronics" is going public with a big IPO offering on the NASDAQ (symbol: BEATZ  or something like that) and all the pundits and CNN Money will say what a great deal and how a company that makes headphones will have a "market cap" of 20 Billion Dollars.

UPDATE MAY 2014:  Apparently Apple has decided to buy Beats.  I knew something was up.

Some wag summarized the business with this image, which sort of sums it up: 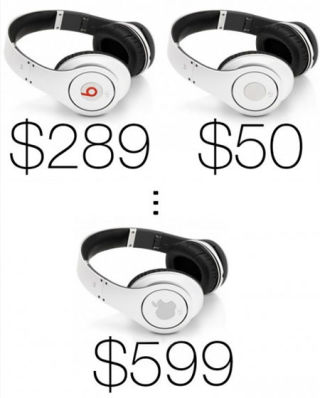 People never seem to tire of overpaying for junk, so long as it has the correct logo on it.