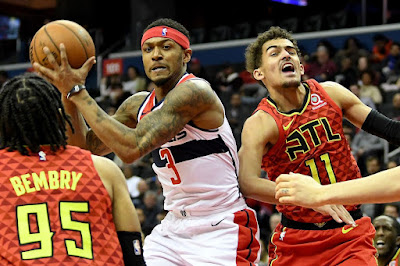 In America today, if you say certain words or do certain things, you are condemned instantly, with no hope of redemption.   It was not always this way.

Another day, another media-manufactured "scandal" that is supposed to get us all outraged.   Shut up and eat your media kibble - it's good for you.


For about two decades, a trend has developed where if some celebrity, government official, athlete, or whatever, does or says something, he is expected to immediately resign and remove himself from public view.   There are a litany of cultural landmines that you cannot step on, lest you be shunned like an ex-Amish.

For example, a football player and his wife get into a drunken argument in an elevator.  She spits on him, he smacks her back.  Yes, that is awful.   But should he be banned from football for life?  Some idiots even say the NFL commissioner should be fired for not punishing him more severely!

Aha!  He stepped on a cultural landmine, this one labeled "Domestic Violence."   Domestic Violence isn't pretty.  I've recounted my experience at Planned Parenthood when a young woman from the Dominican Republic came in and, since everyone was at lunch, told me of her life.  She was basically kept as a slave by her husband, and whenever she got pregnant, he threw her down the stairs to induce an abortion.  He beat her regularly, breaking her arms and ribs on more than one occasion.

THAT is Domestic Violence.  And it is awful.   Of course, we don't know the back-story of this football player and his wife.   Maybe she is treated the same way.  Maybe not.  Maybe they both just drink too much and get into drunken brawls on occasion, much as my parents did (Mother favored knives, fortunately she was usually too drunk to do much accurate stabbing).

The football player and his wife are in counseling, trying to save their marriage.  Trying to do the right thing.  But it is too late, apparently.   In today's society, you are condemned and shunned and go-fuck-yourself forever.  Maybe we should just leave him in a room with a gun loaded with one ceremonial bullet and let him do the honorable thing - right?

It is like how some people have expanded the definition of "child abuse" to include spankings.  Not only is it overkill, it is an insult to those who have really been abused, such as a friend of mine who was beaten by his dad with a broom handle - which was kept on a nail on the kitchen wall so as to be handy for "discipline" and to remind the kids of the consequences of their actions.   His Dad broke his arm once, with the broom handle.  THAT is child abuse.  But in our society, the lady who back-slaps her wailing spoiled brat at Wal-Mart is lumped in with the sadistic couple who keeps a kid chained up in the basement.    We go overboard, routinely, in an effort to be politically correct.

Or, take this Atlanta Basketball team owner, for example. What he said sounds racist, unless you flipped it over.   Suppose he sent an e-mail saying, "Gee, our fan base is all-white, and we live in a city that is largely black.  We need to diversify our fan base more.  I wonder if the black fans feel intimidated by all those white folks?"

If his e-mail suggested that the fan base was too white and needed more blacks, he would be praised for encouraging diversity.  But he stepped on a cultural land mine instead, and as a result has to sell the team (probably at a huge profit, so I don't worry so much about him).

We have Gay Liberation in this country - you can get Gay-Married and even adopt children.  But get caught having a little nookie at the nude beach, and well, you are charged as a sex offender.  (Straight people, when they get caught doing this, just end up in a Jimmy Buffet song).  In other words, be as Gay as you want, but don't do the icky part.   It is the modern puritanism.

The list goes on and on.  There are landmine words, as well as actions, the grandaddy of them all being the "N-Word" (followed closely by the "F-Bomb").  We are scared to death of WORDS in this country to the point where if you say one certain word, it can end your career, your political ambitions, your public life, or whatever.

This is nonsense.  It is also wrong.   And let me tell you why.

When I grew up, my alcoholic Mother would fly into a rage if you mentioned the name of the country that resides North of the United States (the "C-word" in our house).  My Dad apparently had a mistress in that country, and as far as Mother was concerned, all [C-Word] women were just floozies and whores who set out to strip innocent American men of their virtue.

During family get-togethers, I would mention causally that I had just returned from Canada.  OMG!  You said the C-word!  Mother would fly into a rage and the rest of the family would blame me for causing the problem.

It is a study in passive-aggressive behavior.  We create social standards that are absurd and absolute.  We lump in minor behaviors with major ones.  And if someone commits a minor offense, or says the wrong word, well to hell with them, we just write them off.

And of course, you can't even say THAT in this country.  You can be sure, like clockwork, that I will get an e-mail from some idiot saying that I support (a) domestic violence, (b) child abuse, (c) racism and (d) Canada.

You see, to even defend such an offender is to commit the offense yourself.  So once the offender-in-question is tried in the court of public option, you have to write him off and distance yourself from him, or like the NFL commissioner, be asked to step down.

To question the system is to commit the offense.  So shut up, or you're next!


Maybe this all started from a good place - the idea that we should hold public figures to a higher standard, and that certain behaviors, even if accepted a little bit, would lead to acceptance of worse behavior.  And perhaps certain language was hurtful to some parties and that in order to make the world a better place, we should eliminate hurtful language.

Sure, I could agree with that, I guess.  But here's the deal:  To destroy someone's career or indeed even their life, over one action or one word, is just nonsense. It's absolutist. It leaves no room for forgiveness, redemption, or rehabilitation.

I could understand this, maybe, if the wife-beater was unrepentant and said, "mind your own business, I can beat my wife all I want to!"   OK, then, bury the guy.

Or is a sports team owner doesn't say, "Gee, what I said in that e-mail wasn't very well thought out and came across as racist" but instead says, "Well, I hate blacks and don't want them in my Arena".   Well then, burn the dude.

But such is not the case.   Even Michael Vick was given a second shot, and let's face it, what he did was pretty horrendous.

Absolutist America.  Where everyone lives on the cliff's edge - one step away from oblivion. Walk carefully.  Say nothing that offends no one.  In fact, keep your mouth shut and say nothing at all!

Maybe that was the point - to make people fearful and keep them quiet.