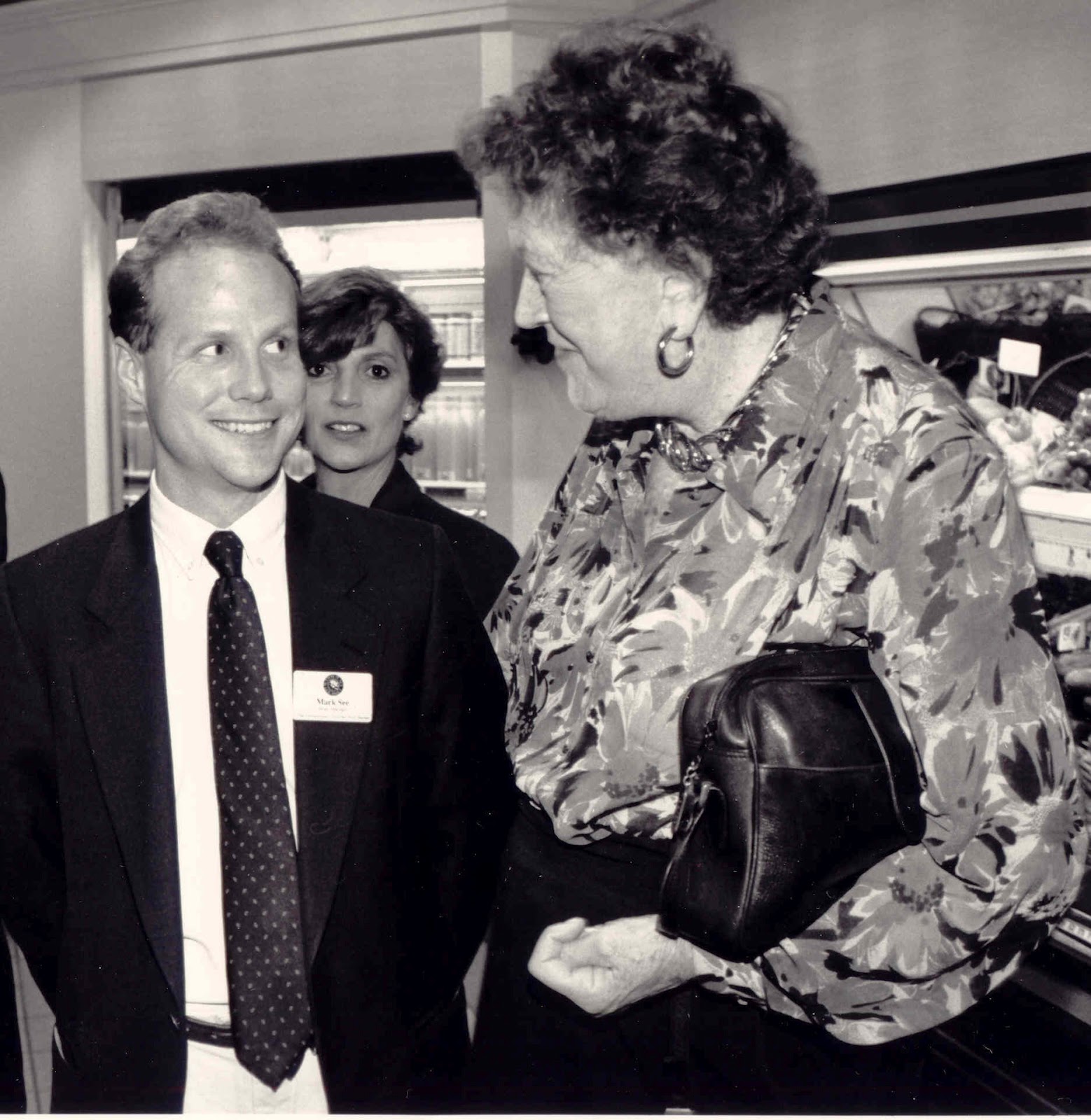 In America, we no longer do things, but rather root for other people to do things.  We are spectators of life, not participants.  Today, Julia Child would never have been given a television show, unless she started throwing pots and screaming at people.

The camper has a little flip-down television which we use to watch DVDs.  The other day I turned it to tune off-the-air programming and was appalled at what was on the television.

Wow, was that a mistake!

One thing that struck me was all the food shows.  Well, not real food shows, but "reality" food shows, where "contestants" competed to make a cake or something, and then all got mad at each other and threw pots in the kitchen.   Just like the motorcycle show, only with kitchenware.  The point of the show is the competition and controversy (both manufactured) which we are supposed to be interested in.  It was Professional Wrestling in the Kitchen!

Apparently, the plebes love this shit - seeing people argue, but also seeing people compete.   We have all these reality shows today, and most of them are competitions of one sort or another - Dancing with the Stars, America's Idol, The Great Race - you name it.  We even have shows where people compete to clip coupons or pick through the trash.

And always there is some sort of "controversy" you are supposed to have a valuable opinion about.  And you have to have a favorite dancing star or trash-picker or whatever.  Which member of Duck Dynasty are you rooting for?

And of course, there is (and was) always sports.  You root for your team, as a spectator in the stands.  You don't actually play a sport, but you go to a "sports bar" and be a pretend-jock, washing down gallons of lite beer and screaming at the flat-screen television.  Sports Fandom has taken off since I was a kid, and has reached ridiculous proportions.  Back in 1968, people didn't paint their cars in their team colors.

What struck me as odd was how we have changed over the years.  We used to actually DO things in America, not just watch others do things.

For example, these food shows are not the old "how to" shows that taught you how to cook.   Network executives derisively refer to those "old school" shows as dump and stir as the cook would cut up food, dump it in a pot and stir.   It was not really exciting to watch, unless you wanted to learn how to make the item in question.  You know, learning and all that shit.

Today, it is all about food you would never make at home - often ludicrous foods made in crazy contests from arbitrary ingredients (a box of cracker jacks, a side of meat, and 100 ball bearings).  And I am not being facetious.  One of these cooking "shows" did just that (minus the ball bearings, of course).

If Julia Child were coming up today, she would never have gotten on the air.  Dump and stir just doesn't cut it, Julia!   Teaching people that they CAN make French cuisine, without having to attend the Cordon Bleu - that just won't do!  What she taught (and she taught) was empowerment - that you CAN do things that initially seem hard to do.   That we are all capable of so much more in our lives.

That sort of thing is no longer on television.   Today, the so-called "how to" programs generally advise you to "leave it to the experts!" - whether it is "This Old House" or "Car Talk".   Either they don't want the liability when someone's car slips off the jack and crushes them to death, or they'd rather steer the viewers to the advertisers (excuse me, SPONSORS, as PBS doesn't have ads, right?).


Now, some of you are going to say, "Well, what about Martha Stewart?"   Well, what about her?   First of all, her star has faded since she went to jail.  No one watches her anymore.  And back when they did, it was not to learn "how to" make things, but to learn only that making things was incredibly complicated and you cannot possibly "do it yourself" like she did.   She had an army of assistants making her 100 hand-made Christmas Ornaments (which took 10 hours each to make).   No one in their right mind would do that.  She taught helplessness, not self-empowerment.   So it was no wonder everyone was glad when she was arrested.

Empowerment is important.   If you are a spectator in life - a consumer as they want to call us - then your only power in life is in choosing what to purchase.   You cannot create, you cannot control.   You are at the mercy of merchants and retailers and service providers.

And increasingly, this is what our Corporate Overlords want us to do.  They want us to be passive, weak, and unempowered.  They want us to be ignorant as to how things work - even basic finances.    And since so many of us are unempowered, we end up believing that being "smart" about money involves clipping coupons or scoring cash-back bonuses.   We end up playing their game, because we don't know how the real game of life is played.

Being a spectator in life is not living.  Having a favorite team or a favorite television show is not the same as having a real personality.   You are more than a collection of "Likes!" on Facebook.   You have real talents and abilities.   And watching television isn't one of them


Sighting of the day:   In Natchez, Mississippi, the "Family Check Cashing and Payday Loan Center" - as if putting "Family" in the name makes it all OK.   Here's a hint:  If you are supporting a family, the last place on Earth you should be going to, is a check cashing center or payday loan joint!
Newer Post Older Post Home