What Happend to Obama (or more precisely, his fundraising campaigns?) 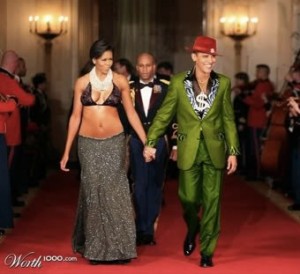 Barack Obama pioneered the use of the Internet to raise little bits of money from a lot of people.   It worked out well - enough to elect him President, twice.   But lately, his e-mail come-ons have taken on the air of a carnival barker, or worse - Motley Fool!

I donated money to the Obama campaign, both times around.  Now before all you Libertarians go off on saying he's a Socialist, bear in mind that if you think that, then so was Ronald Reagan.  In fact, both parties are not much different from each other, in terms of execution of policy.  One is a little to the Right the other a little to the Left.

The GOP has always posited itself as the party of big-business, fiscal conservancy, and so forth.  If that were true today, I'd vote for them - and so would a lot of other people.   But lately, the GOP is the party of Creationism, anti-abortion, Fundamentalist Christians, Gun Nuts, Tea Partiers, and all manner of crackpots.   Some would argue that the GOP panders to this "base" (base in every sense of the word) as a means of getting elected (much as the Democrats pander to the far-left hippy-dippies and rarely follow through on a real Leftist agenda).

And that would be OK, too, if they were supporting a conservative fiscal policy.  But instead, they merely pander to their own corporate contributors and plunder the treasury for a different group of people.

So.... when it comes down to making a choice between free-spending Democrats and free-spending Republicans, I guess I have to vote for the party that isn't constantly threatening to put me in an internment camp and teach "Creationism" in public schools.  The GOP has gone off its rocker with this far-right gun-nut racist homophobic religious "right to life" bullshit nonsense that constantly denies reality.

The Democrats may be insane too, but at least their perception of reality is marginally better than the GOP's.  Actually a whole lot better.

But Obama's fundraisers seem to be losing their mind, lately.  Since I donate once, I get e-mails from them all the time.   I get e-mails from Speaker Boehner, too, as I once sent him an e-mail saying "stop being a dick with this shutting down the government nonsense!"   In reply, he has spammed my inbox over and over again with his right-wing nonsense.  And he is a sneaky little prick, too.  I put an e-mail filter on him, to send his e-mails to my TRASH file automatically.  But he (or his minions) keeps changing his e-mail "from" address, to bypass my filters.  I must have 20 Boehner filters on my e-mail by now, but he keeps at it.  Little prick!

But Obama's minions are little better.  The e-mails I get are classic come-ons with suggestive titles that invite me to click on what's inside.   They do seem to filter better than Boehner's, although the Obama crew uses the trick of getting other people to send the e-mails, so I end up busy filtering his trash, too.

The latest series of gags is how I can get to meet the President (always called "POTUS" - as a New Year's resolution, can we now bury that term?).   If I donate money, I get into some lottery or something where I can attend a barbecue or luncheon and meet the real President of the You-Knighted States of Amuurica in person!

These e-mails usually have some sort of come on, like, "Do you want an aisle or window seat?" (for my supposed flight to DC to meet ol' POTUS).

Here's the deal:   The donors who get to meet the President (and sleep in the Lincoln Bedroom) arrive in their own private jets.  And they donate a lot more than I got, for that privilege.   It doesn't matter if there is a Democrat or Republican in the White House, that is how it works.

How it has always worked, how it works, and how it will continue to work.   Again, reality calling, pick up the phone.

This is not a bad thing - our country is still the best place in the world to live (please, no comments about how great Sweden or Finland is - they allow less immigration that we do!).   Everyone wants to move to the US of A.  Few want to leave for foreign shores.  That says it all, period.  Reality, again.

It disturbs me, though that the President has stooped to such lowbrow fundraising efforts.   These e-mail come-ons are an insult to my intelligence.

As with the NRA and Evangelical Religions, the come-ons are pitched as dire necessity.  "If you don't donate today, they'll [come take your guns away]/[legalize gay marriage]/[overturn Roe v. Wade]!!!"

Hillary, of course, completely screwed up her chances in 2008 by not understanding the Internet.  Not only did she not seek out these small donors (whose money overwhelmed her "whale" contributors), she tried to censor content on her own site, if she (or more precisely, her minions) felt there was even a hint of anti-Hillarism.

So, despite the perception that Hillary is a steamroller whose inevitable election is a foregone conclusion, she could be vulnerable.  The hoopla and come-ons that Obama uses to raise money are odious, but then again, they must work, as the plebes keep sending in their money.

On the other hand, if the GOP puts forth an even somewhat moderate candidate, Hillary could be vulnerable.

But, hey, this is the GOP we're talking about. The delusional folks who think Rick Perry is Presidential and that Sarah Palin is an intellectual.