Obsessing About The Past 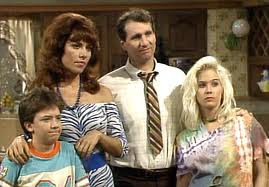 Obsessing about your upbringing or your family is a sure way to fritter away your life.


I had a recent interesting conversation with a reader via e-mail.   I am not sure what he wants from me.  I am not an advice columnist.  No freaking Dear Abby or Sooze "You're Approved!" Orman!   Advice is a dodgy business, as people tend to take it, cafeteria-style, and then blame you when it goes horribly wrong.

Want some advice?  Think for yourself.  The answers to all of life's little problems lie between your ears.   You just have to shut out the noise and distractions and listen to that inner voice.  Few people do this.  Most try to create as much noise as possible to drown out the deafening silence.

And one distraction for many people is their family and upbringing.   I don't know how many people I've met who feel somehow traumatized by their upbringing or their relationship with their parents or siblings.   They spend (waste) the rest of their lives trying to "figure out" their childhood, much as my late Sister did.   It is very sad.

It is a funny thing, but everyone has these issues, and again, it has to do with how our brains are constructed - as Neural Networks (more on that later).   If you join a cult or go to a Scientology "audit" or visit a psychiatrist or psychologist, the first thing all of them will ask you about is your relationship with your parents, particularly your Mother.   Cults will then try to sever those family ties, which results in a feeling of euphoria, as reported by many ex-cult members, as they are relieved of this burden.   Of course, in a cult, you are just trading one dysfunctional family for another one.

The Scientologists would call your obsession with your upbringing "engrams" and then charge you a lot of money to "remove" them.   If you can remove them all, you are deemed "clear".  This is an expensive process and few achieve it.

Oddly enough, psychologists and psychiatrists call these same issues, "complexes" and then charge you a lot of money to "remove" them.   If you can remove them all, you are deemed "cured".  This is an expensive process and few achieve it.

Now you understand why Scientology and Psychology are often butting heads with each other.  Neither likes the competition in the head-shrinking business.

Sadly, most folks never get beyond their childhood, and psychologists and marketers know this, and know how to use this fundamental aspect of everyone's makeup as a "hook" to rope them in.   Like I said, its the first thing a cult uses to snare their members.

My late Sister once went for a "reading" from some group (it may have been Scientology).   They hooked her up to two coffee-cans tied to a galvanometer (a primitive form of lie detector).  The first question they asked was, "tell me about your Mother".   The needle on the galvanometer went off the scale.  Oddly enough, when she went to visit a therapist, they asked the same question.  Funny how that works.

These examples illustrate how easy it is to manipulate people, simply by going after what is for most, a basic obsession or difficulty.   Everyone, it seems, spends an inordinate amount of time trying to relive the past and wondering whether, "if I had done things differently" how their lives would have turned out.  Norman Mailer, in The Naked and the Dead mentions this effect in passing - and dismisses it as being of no profit.    Yet, it is hard to get the brain to stop obsessing about the past.

And the reason for this is simple:  Your brain is a programmed Neural Network - the most complex on the planet.  Neural Networks are programmed by "training" - inputs are provided and outputs measured, and then the nodes of the network are "corrected" to provide the proper output.  It is a painful process, and the earliest training is the most important and the most significant - it provides the initial weighting factors for the nodes.   It can take years and years of un-training to reprogram a neural network that was improperly trained early on.

So your childhood and upbringing are the focus of your brain, simply because these experiences set the "initial conditions" of the neural network.   You leave home at age 18 and maybe 20-30 years later, you still wonder whether "if only I had asked Suzie to the Prom...."   It is a common thought.   And even though your post-childhood experiences now trump your childhood experiences, in terms of years and intensity, these experiences do not program the brain as strongly as those initial experiences.   It takes a long, long time to un-program a human brain.

Sadly, most folks end up reinforcing their childhood programming over and over again, much as my late Sister did, by obsessing about their childhood and upbringing and trying to "figure out" their upbringing.  This has the opposite of the intended effect.  Instead of moving on to a new life and new experiences, the victim ends up burning those early experiences into their brains, over and over again, essentially reinforcing those horrific lessons.

And many folks do this, spending a lot of time in dysfunctional family chat groups or support groups or whatnot.   And initially, this may seem like a way to find mutual support and "understand your childhood" but the net effect is to make yourself into a passive victim of circumstance and not an independent actor on the stage of your own life.

This was driven home to me at an ACOA (Adult Children of Alcoholics) meeting I attended back in 1985.   It was constructive to me, in that the meeting coordinator did give me some good advice.  Rather than try to control my Mother's alcohol consumption and behavior (as my Sister was trying to do with her planned "interventions") the best thing I could do was take control of my own life.

One of the other participants at the meeting never "got" this.   A young woman in her late 20's, she had a good-paying job at the local hospital.   She lived at home with her parents, who were both drunks, and she was miserable and lonely.   "Why don't you move out and get an apartment of your own?" several of us suggested.    She looked at us as though we were speaking Chinese.   Move out?  Then she would no longer be a victim!

And I realized right there that it takes two to tango in these victim situations.   You have to choose to be a victim, in many cases, and many people think it is their only choice.

Obsessing about your childhood, upbringing, parents, siblings, school, and other things from 20-30 years ago is just a dead-end pursuit.   If you have a great relationship with your family, that is wonderful.  However few do (and most of them are lying).   Rather than obsess about that sort of nonsense, just move on with your life and figure out who YOU are - not as someone's child or someone's sibling, but what YOUR life encompasses.

Yes, it can be comforting sometimes to view your life as a series of unavoidable circumstances and to posit yourself as a passive victim of it all.   But comfort can also be smothering, and while wallowing in that warm insular comfort, you could be slowly suffocating.

It is OK to put your childhood behind you.  I give you permission.  And if your parents and siblings are abusive or even just annoying, there is no need to torture yourself by being around them, just "because they are family".   And for God's sake, you are not obligated to send them money - particularly when you have a spouse and your own family to support.

And you are not "destined" to re-live the lives of your parents, your ancestors, or whatever.   You do have choices in life, if you are brave enough to take them.

Is this easy to do?  Hell, no.   Like I said, your brain is a Neural Network, and early programming is the most powerful and hardest to ignore.  Maybe that is why many orphans are so successful in this world.  Their earliest programming isn't a lot of family baggage, but basic survival skills.

But it is worthwhile to program your own brain.  And sometimes this means cutting off old programs from the past.