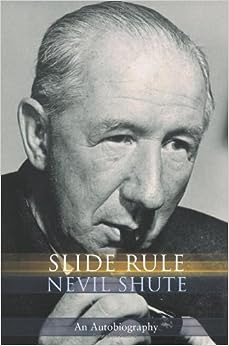 Nevil Shute Norway was on the right track, but perhaps didn't have quite the right idea.


Nevil Shute, the author, is perhaps most famous for his dystopian book, "On the Beach" which was one of the first novels to discuss the outcome of a nuclear war - in which everyone dies.  Everyone.

But he wrote a number of other books as well, including his autobiography of his years with Vickers, developing the R-100 dirigible, as well as his role in the startup of Airspeed, LTD.

For anyone trying to start or run a startup company, his story is one that is still worth reading, as the trials and tribulations of Airspeed, LTD sound awfully similar to those of silicon valley startups today - the lack of capital, the huge losses, the emerging technology, the failure of "old line" companies to understand the business, and of course, the inevitable IPO where schmucks like you and me invest, hoping to get rich (in the case of Airspeed, most merely got their money back, if that).

But what is more fascinating in the book is the story of the R100 and R101 dirigibles, built in the between-the-war years.  R100 was built by Vickers, and Mr. Shute (or more correctly, Mr. Norway, his real name) was chief "calculator" for the project.  He calculated all the stresses and loads on the beams and members of the airship.   R100 was largely a success, journeying from England to Canada and back.  R101 was built by the air ministry - by government bureaucrats - and went horrifically over-budget.  R101 famously crashed, killing nearly the entire government design staff, as well as the air ministry "Lord" in charge of the project.   The fate of R101 killed the dirigible industry permanently in the UK.

Shute argued that somewhere along the line, someone should have stood up and said, "This project is wrong, and it is going to kill people" - as the defects in the design of R101 were well-known to the Engineers working on the project.   But, as Shute notes, these folks were financially tied to their jobs, and as a result, could not afford to speak up or speak out, without fear of of being "sacked".

Shute argues that inherited wealth would have prevented this.  People working in government service, if they have "independent means" of income, can afford to disagree with their superiors without fear of being financially ruined.

And in the pre-war era, perhaps there was a nugget of truth to this.  Even in the USA, people working at high levels in the State Department, for example, were usually people of independent means - wealthy people who didn't "need" their jobs to survive.   Indeed, ambassadorships are often auctioned off to the highest bidder, in terms of political donations.  The book "In the Garden of the Beasts" touches on this subject - how most ambassadors at the time used their own funds to pay for lavish parties and lifestyles while serving abroad.

Shute makes a good point, but I don't think eliminating estate and inheritance taxes is quite the right idea.  When people are beholden to a job, they cannot think or act independently.   If you are living "paycheck to paycheck" because you've gotten yourself into debt for granite countertops, jet skis, smart phones, and credit cards, then you desperately need to keep your job to keep this crazy hamster wheel of a life on track.   Miss one paycheck, and it all goes to hell in a handbasket, in a hurry.

And I wonder how many toxic waste spills or hazardous products were swept under the carpet because some low-level employee felt they couldn't speak up, as they had to make payments on their Chevette.   People surrender their independence, and indeed, their integrity, all for a few baubles and trinkets.

Like I said, Shute was on the right track, but with the wrong idea.   Inherited wealth is not the answer - being financially independent (as a goal in life) IS the answer.   Yet most of us squander our wealth on monthly subscription services, smart phones, cars, fancy houses, and other consumer junk (as well as restaurant meals charged on a "miles" credit card).  We surrender our financial independence and thus our integrity, all for a pile of shiny junk.

And because of this, we have to pass "whistleblower" laws that allow people to keep their shiny junk, even after they "out" their boss for dumping toxic waste in third world countries.   Not surprisingly, these whistleblower laws largely don't work, and most folks rather keep their head down and their mouth shut than to make waves.

Sometimes, I worry that by publishing this blog, people might think I'm crazy or a nutjob (they might not be far off, in that regard).   But what I realize is that I don't need to worry about what other people think, but rather worry about what I think of myself.   If people want to mock me, fine.  If you think I'm "crazy" because I put my money into savings and not smart phones, that's OK (you are the crazy one, by the way).

I don't need a "job" at this point in my life.  I can afford to be outspoken.  I can afford to say and do what I want, without worrying how it will be perceived on facebook or twitter or whatever.   I have total freedom, because I have financial freedom.

Now, ask yourself this:  Can you say the same for your own life?  Can you really tell your boss what you really think?  Or are you a toady that goes along with whatever scheme your company is cooking up, simply because you are a salary-slave who need to make lease payments on his Acura, monthly payments on his smart phone, and is upside-down on a Mini-mansion.

And if your answer is, "Yes, I guess I am a toady" then ask yourself why are doing this, and where it will lead you in life.

There are other ways to live.  But it does require that you make different choices.   You don't need to be born into money.  You just need to work toward financial independence, instead of the accumulation of consumer goods.