The Game is Rigged - So Don't Play! 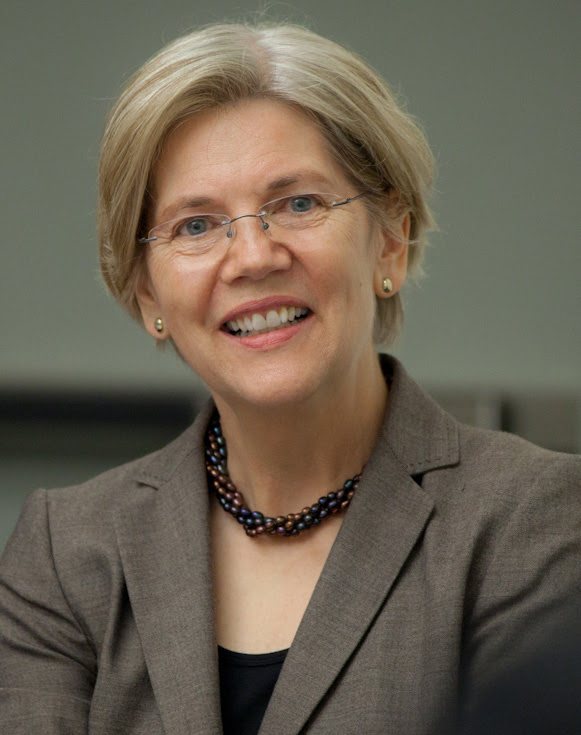 Senator Warren's heart is in the right place, but I am not sure her mind is.....

In a recent CNN article, Senator Elizabeth Warren is quoted as saying that the marketplace needs to be fixed, as the game is "rigged" in favor of Billionaires:

"The biggest financial institutions figured out they could make a lot of money by cheating people on mortgages, credit cards and payday loans," she told a packed auditorium at the Graduate Center of the City University of New York, where she spoke alongside New York Times (NYT) columnist Paul Krugman.

Well, Duh!   She might have added buy-here-pay-here used cars, rent-to-own furniture, pawn shops, title pawn loans, casinos, lottery tickets (the government being the ultimate Billionaire) and so forth.   There are an awful lot of raw deals out there these days - deals that were illegal when I was a kid.

But here's the deal:  You can't lose at a rigged game, if you chose not to play.

There is a mentality in this country that for some reason, you cannot avoid signing a toxic mortgage, you cannot avoid getting a 25% interest rate "miles" card, and that payday loans are "inevitable" for most folks, particularly poor folks.

But such is not the case.   Raw deals abound, that is true.  But you have to sign up for them in order to be ripped off.  As I noted in another posting, leave your pen at home and you can stay out of a lot of trouble.

It irks me, because you hear people who bought mini-mansions - fancy houses that are larger and more nicely appointed than mine - and financed them with funny-money mortgages.   They can't afford the house, so they petition the government for loan forgiveness and in some cases, they are getting it.

Meanwhile, stupid old me, who gets a 30-year fixed-rate mortgage (like we are supposed to do!) and then works hard to pay it off ends up subsidizing the fellow who went after the "funny money".

Yea, sure, I am against the payday loan people.  Want to lynch one?  Count me in!   Pass a law against it?  Well, we just need to bring back the laws we had, notably usury laws.   These are all good ideas, for a start.

But to posit the people who stupidly sign up for these deals as "victims" who need a bailout, well, that is another thing.

Because when you start rewarding people for their stupidity, it only leads to more stupidity.