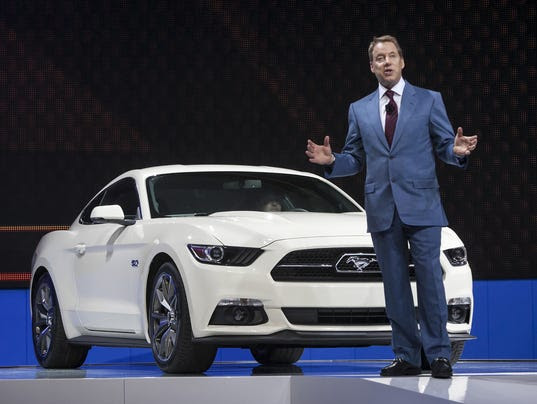 Bill Ford, Chairman of Ford Motor Company, recently made news by decrying seven-year car loans and other financial gimmicks.   Why is he against these, if they sell cars?

The real reason our economy had a meltdown in 2009 was because of funny money.  Banks were offering loans that didn't require any financial background checks, and some of these loans had "optional payments" which meant that the balance on the loan increased over time.  Other loans had low "teaser" rates that then skyrocketed after a few years.  The thinking was, the house would be worth so much more, the owner could "flip" it and make a huge profit - or refinance at a lower rate.

That didn't work out, obviously.

And the fault for all of this wasn't the banks or the government, but the undisciplined idiots who signed these loans.   And when I say "undisciplined" I am referring to financial discipline, although most of these folks were ill-mannered as well.

In that era, consumer loans were being offered at low rates and for long terms, for everything from Boats to RVs, to Jet Skis - and you-name-it.   Banks are still offering 20-year loans on Boats and RVs, which means you will be "upside-down" on a boat or RV for most of the term of the loan, as I noted before.

Car loans were less of a problem, but terms for those were rising in the 2000's, from the traditional 36 or 48 month loan, to 60 or even 72 month loans (five and six years).   Seven year loans are now being offered.   Again, this does not mean you have to take them!

Worse yet, many car dealers will "roll over" upside-down loans into a new car loan to make a new car sale.   I recently was at a campground where I met a loan officer for a bank, and he told me of a client who came in and borrowed $40,000 for a $30,000 car.   The additional $10,000 was to pay off the negative-equity on the trade-in.

I had a friend who did this same thing.  She was young and liked to party and wasn't very astute with money or about cars.  She bought an economy car and put it on a five-year loan.  She never cared for the car.  She never washed it, waxed it, or even cleaned the interior.  She never changed the oil.  She regularly forgot to put gas in it, and ran out by the side of the road, regularly.   She was a very irresponsible person.  Mental health and drug issues were part of the problem.  Laziness and stupidity were the other half.

When the car died of a seized engine, she rolled over the negative equity on the loan into a new car - and the car dealer was more than happy to do this.   She then repeated the process, and trashed another good car (a Japanese econobox that should have lasted 10 years with proper care) and repeated the process yet again.

But of course, you can only do this sort of thing so many times.   Eventually, there was more negative equity in the loan than the value of the car.  And the car dealer didn't help matters by charging her an exorbitant price for the car and tacking on a lot of junk fees (as did the loan company).  And the interest rates, well into the double-digits, were murder.  As the payments increased with each iteration, she could less and less afford the car, and was late on payments, which made her loan rates with each refinance even higher.  It was a death spiral.  Eventually, she ended up in bankruptcy.

Car dealers will sell bad deals like this.  You don't have to take them.  But people do, because they want a new car, they are not particularly smart, and maybe drugs, depression, or other mental health issues are involved.

Such deals are bad for the person involved.  They are also bad for society as a whole, as people who are dragged down by bad deals are a drag on society, and we all pay for their eventual bankruptcy, in terms of higher interest rates and costs, if we have to borrow.

It always amazed me that loan companies would even do deals like this.  After all, bankruptcy is a foregone conclusion - so why loan money when you know the loan will blow up?   You will lose money on the deal, no matter how high an interest rate you charge.  But then again, they collect so much in interest before bankruptcy, that they get all of their money back and then some.  And today, in bankruptcy, the balance may be "worked out" so they get more.  In the old days, when debts were wiped out in bankruptcy, lenders were more reluctant to loan money to insolvent people.  Hmmmm.... maybe we should go back to that standard.

But the answer is even more complex than that.   The persons originating the loans are paid to make loans, not make good loans.  So they offer bad deals, often knowing they are going to blow up, as no one at the loan company seems to care if the borrower is a bad credit risk - as they re-sell the loans as bundled investments.   They charge extra interest and fees to cover the "risk" of course, but how much do you have to charge in interest if the borrower is a guaranteed default?  To me, it makes no sense.  And it is why our economy collapsed in 2009, when all those bad loans, which were sold to investors as good loans, did the inevitable default.

Today, we risk going back to the same old problem.   Bill Ford is sounding the alarm about seven-year car loans.  Why is this?   Because while it might sell cars today, it means you are probably killing your market tomorrow.

Simply stated, a borrower who signs a seven-year loan may be upside-down on his loan for a significant period of the loan.  When he wants to trade-in his car after three years (which Ford would like you to do, but is probably a bad idea), he will still owe money on it, and the amount of equity in the car may be insufficient for a down payment on a new one - if in fact he is not upside-down.   So either he walks away from a new-car sale, or he ends up borrowing more in the next car (financed over an even longer term, to make the monthly payments smaller).

The amortization table would look as follows:

Now, your typical car depreciates in value by 50% every five years.  As I noted in another post, this is a pretty inflexible rate.  Cars with "low" depreciation may be about 40% and those with "high" depreciation about 60%.   So please, no arguments about how a Jetta TDI is going to "hold its value" because it isn't - it will depreciate down to nothing in short order, as will a BMW or a Honda or whatever.   Depreciation is the largest expense in owning a car, particularly a new one.

If we apply this 50% every five years rule, we see that the vehicle doesn't depreciate linearly.  At five years, it is worth $12,500.  At ten years, $7250.   Thus, depreciation is a decaying exponential type of curve.  The exception, of course, is the first year.   A car can depreciate by as much as 10% the moment you drive it off the lot, which is why in the past, lenders required at least 10% down, in order to get a loan.

Thus, after five years, it is possible our buyer actually has equity in the car, as the loan balance is $8054.17 and the car may be worth $12,500 (although if it is an American car, perhaps slightly less).   In the interim, however, the buyer maybe "upside-down" on the loan, particularly in the first three years.  The buyer cannot re-sell the car without paying to do so.

But of course, I am assuming that the borrower can get a loan at 5%.  Despite the "come on" loan rates being bandied about by the car makers, most folks, even with good credit, are going to pay about that much for a five-year loan.   A seven-year loan for someone with bad credit could cost more.  And even small increases in interest rates make big changes in the paydown rate.

Bill Ford wants to sell cars - and more often than every five years.  So you can see where he is coming from.

But what about your perspective?   As I have noted in the past, the best deal is to pay cash for a late-model secondhand car, and then driving it forever.   If you can keep a car for ten years, it pays off in lower monthly costs.   Even if you have to get a short-term loan, in later years, you can drive a car with no monthly payments - which comes in handy, as the incidence of repairs and maintenance will go up.

And there is another rub with these long loan terms.  Many folks are chagrined to discover that they've signed a five-year loan, and the warranty on their car is less than that.   Four years into the deal, they need to buy new tires, pay for a brake job, and other repairs - and still make car payments at the same time.   You see this a lot on BMW discussion groups - delayed buyer's remorse, is what I call it.

They bought a new BMW which had a four-year warranty, but paid for it on a five year note.   After four years, it needs $1500 worth of tires, and maybe a brake job and a host of other repairs, which if done at the dealer, could cost thousands of dollars.   And the owner realizes he is still making payments on the car, which is now worth less than half what they paid for it.  So they go on a BMW discussion group and bash BMWs as unreliable.

And this could even be worse for Ford, whose cars depreciate even faster and are far less reliable than BMW.  As a result, a buyer could find himself making payments on a car that is long out of warranty that also requires thousands in repairs.

In the olden days, car loans were paid off long before this situation occurred.

So I see where Bill Ford is coming from.   Seven year car loans are bad for business on a number of levels.  And bad for our country.   And needless to say, bad for the individual.

If you are looking at a seven-year car loan, chances are it means you really can't afford the car.   Look at a cheaper car and a shorter-term loan instead.  Or better yet, buy secondhand and pay cash.