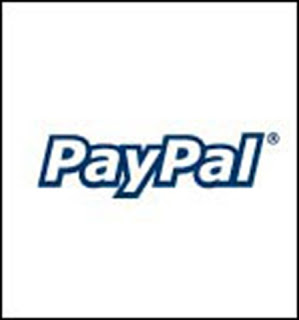 PayPal has made a lot of money on Internet transactions - some say too much.   Banks have taken notice of this and are offering cheaper and easier ways to transfer money online.


I have written about PayPal before.  It is an OK service, but it has its issues.  First of all, they charge a LOT of money just to transfer money - about as much as the Credit Card people do, perhaps more.   And that's a lot.  The guy who founded PayPal had enough cash in his pocket when he sold it to start his own electric car company - and a spaceship company.  That's how much money they make.

PayPal has other problems besides "charging too much" for its services.  A lot of its add-on services have been clunky and hard to use (and also expensive).   PayPal virtual terminal, for example, is overpriced and hard to use.  I checked it out and decided to use LawPay instead.

Their "Buy It Now" button, designed for e-commerce, was also clunky and hard to use.  It was hard to integrate into websites (such as google sites, for example - as they wanted you to use googlepay) and it limited the number of transactions any one customer could make on your site.   Clunky and stupid.

And every time you log onto PayPal, there is some odious offer screen you have to click through.  They want you to get a PayPal debit card, credit card, phone "app", or "pay later" option, none of which are good bargains.   And they make it hard to get around these "offers" by putting the "no thanks, I'm not that stupid" link in tiny lettering at the bottom.   They have all the charm of the folks at Motley Fool.

And like the Obama re-election team, PayPal loves to send you lots and lots of e-mails with "exciting offers" giving you "$20 to spend!" at some online retailer you've never heard of.   Of course, no one is giving away free money this week - some restrictions apply.

And then there are the scams.  PayPal isn't complicit in these scams, of course, but they seem to be always one step behind the scammers.   Next to Western Union, it seems that PayPal is the scammers second-best-friend.

But all that aside, does PayPal have what it takes for the long run?   Sure they have a big Internet presence and a big name recognition.   So did IBM, at one time.  And in terms of name recognition, PayPal has the same problem as Hillary Clinton - the "high negatives" issue.   People use PayPal not because they love the service, but only because it often is the only way to consummate a transaction online.  No one has warm and fuzzy feelings about PayPal - and much of this goes back to the early days of the service, when they sort of ran rogue, as I noted in an earlier post.  Today, these bad vibes are fueled further by the high fees PayPal charges.   It is about as popular as a Cable company.

So, customers will jump to the "next big thing" that comes along that can supplant PayPal.  And the banks are cooking up the "next big thing" as we speak.   One of my suppliers overseas used to use PayPal.   They got tired of handing over a big chunk of each paycheck to PayPal and now use Chase QuickPay.   Most banks are offering a similar service, where you can pay anyone, anywhere, just by using an e-mail address.   No account or routing numbers needed.  And the fees are low or non-existent.

As with online bill payment, one wonders how the banks make money at this.   At least they don't have to print checks and then put stamps on envelopes.   The answer, like online bill payment, is that by offering this service, you attract customers - and deposits.   Moving forward, it will be harder and harder for smaller banks to compete, if they cannot offer online bill payment, online transfers, and other electronic banking services.

I use a small bank here on our island, as it is handy to make deposits without having to go to the mainland.   However, you can now deposit a check from anywhere in the world, using your smart phone (by taking a picture of the check) so that advantage is evaporating.    I can make electronic transfers online between than mom-and-pop bank and Bank of America, so I can deposit a check in one bank and then move the money over with a click of a mouse.   It is pretty neat and handy - and more than a little frightening.

The point is, the banks aren't asleep while PayPal is raking in the dough.  They are offering more convenient and easier ways to pay online or by app.   PayPal, in contrast, remains a clunky service that really is limited to eBay and a few other outlets.   Using PayPal is akin to having an AOL account these days - it marks you as an internet dork.

eBay alone remains a huge market for PayPal.   But ask yourself this - when was the last time you used e-Bay for anything?  While once the source of great bargains in a peer-to-peer transaction, eBay has repositioned itself as a "powerseller" marketplace - trying to compete with Amazon.   And Amazon will clean eBay's clock.    I find myself using eBay less and less, as there are fewer bargains to be had there.  And many sellers are shying away from it as well - due to the high fees charged by eBay, which are nearly doubled by the high fees charged by PayPal.   You sell something on eBay these days and you're lucky if you make any money at all.

So, going forward, I see trouble for PayPal.   They can't seem to expand beyond the eBay marketplace, and there are so many other better (free) ways to send money online these days.

And I doubt PayPal can beat "free" in terms of pricing.