The Creature from the 4th Dimension! 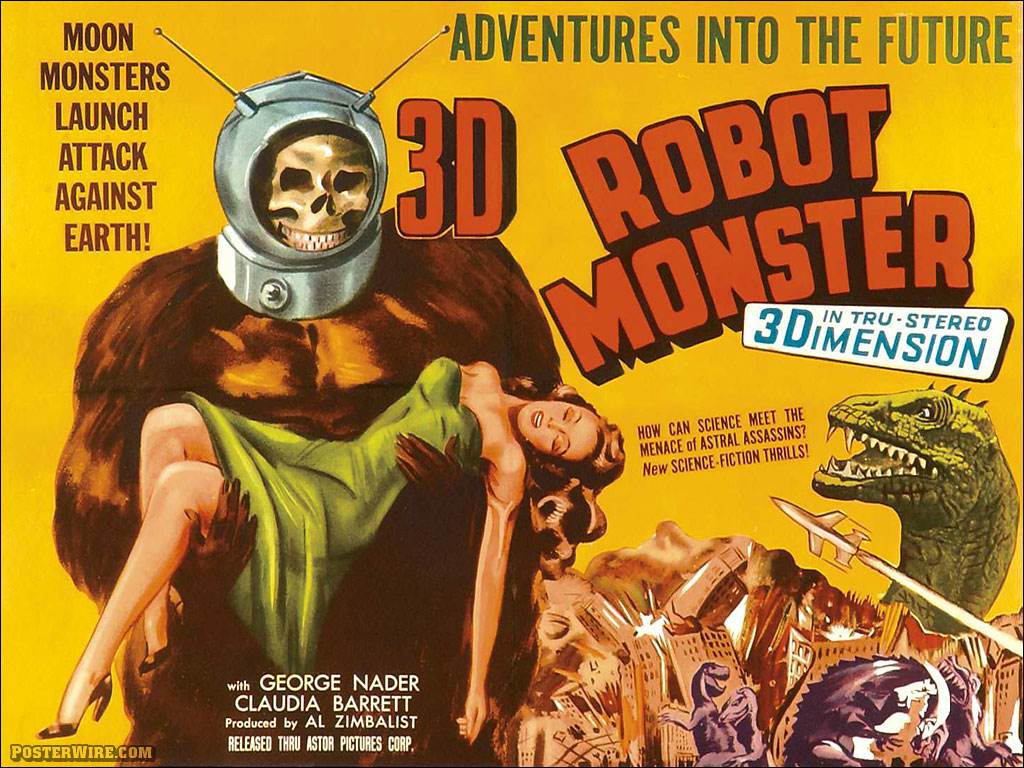 Beware the creature of the 4th dimension!  Coming to a theater near you, soon.


In my last posting about refinancing your car, I pointed out that it is usually (meaning always) a rotten deal.  You end up extending the loan period and paying more overall.

But plebes think in terms of monthly payment, not overall costs, so they sign up for these odious deals.  Why is this?

Well, simply stated, we are three-dimensional beings living in a four-dimensional world.  The fourth dimension is time and few of us understand how time affects money.

For example, I noted before how you can buy a boat or motorhome and end up "upside down" on the loan.  Even if you are not, you end up over time, poorer, as the motorized vehicle depreciates like mad.   The person signing the loan papers and driving the shiny new motorhome enjoys low monthly payments and the new-car-smell.   But down the road, another person (the you of the future) has to pay the piper.

And that right there is the problem.  As simple three-dimensional beings, we don't cognitively associate the future us with ourselves.   We view ourselves as a series of discrete three-dimensional beings, each existing in a point in time, and thus live for today.  The asshole of the future?  Well, screw him.  He's such a greedy sonofabitch, always wanting us to "save our money" so he can spend it.  I hate him - don't you?

So you see, we really are four-dimensional beings, even though we perceive ourselves only in 3-D.   But not only that, but everything we own and touch exists in 4-D as well, including money - especially money.

Interest is the 4th dimensional aspect of money.  If you borrow money, you pay this, over time.  If you own money you receive this (and interest is your friend).  How money changes over time is almost like magic, and compound interest in particular is the most fascinating part of the deal.

In my previous posting about refinancing car loans, I failed to point out one reason why it is such a shitty deal.   When you refinance any loan, after the first few years, you've already paid the lion's share of interest on the loan.  The remaining payments are almost all principal.   So when you refinance, well, you end up paying that interest again.  Anyone living in 4-D can easily see that.  3-D people, who live and die by the monthly payment, actually think they are saving money. They aren't.

3-D versus 4-D thinking manifests itself in other ways.   3-D people think that once you buy a car, or a motorhome or a house, you have it forever - that the object in question remains static and unchangeable.  Since they do not exist in 4-D, they fail to understand that a car, after 10-15 years, is pretty well shot and will need major repairs and overhauls.  These are the sort of people who blather on about how they should have kept that old rusty Camaro they had in High School, as it is now a "collectable" and worth tons of money.  What they fail to realize is that it was a rusted-out dented piece of shit after a decade of use, and ready for the junkyard.  The collector car on the television is worth a lot of money because someone spent that much money fixing it up.

3-D people are shocked when they buy a condo and then are amazed after a decade that a special assessment has to be made to repair the roof or install a new boiler.   This stuff should never change!  Why would a roof wear out over time?  They just don't understand time and its ravages.  A 4-D person understands that things wear out over time, and that Entropy dictates that everything we do will turn to dust, over time.   You can't fight Entropy - and a smart 4-D person knows better than to try, and budgets for it instead.

And maybe that is the distinction between those who are successful in this world and those who are not.  3-D people are "consumers" who go about spending their weekly paycheck in monthly installments.  They are forever perplexed and flummoxed by our financial system and cannot understand how money works, how to accumulate it, and how to become wealthy over time.   They are buying as much as they can borrow for - why aren't they rich yet?   It is like explaining calculus to a dog.

4-D people, on the other hand, have a grasp of how time affects money - and everything else.  These are the folks who look at overall transaction costs, not merely monthly cash-flow.  They are the ones offering the raw deals to the 3-D people, as they can see what raw deals they are, and know that the 3-D'ers are clueless about time and how it affects money.  Maybe 4-D is a better moniker than "1%'er".

And few of us do "get it" in that regard.  I know I didn't.  I lived in a 3-D world for ages, certain that I could turn back the clock, and that the latest car or gadget I bought would last forever, and thus was a swell "investment".   After you've thrown a few dozen of these investments in the trash - be it cars, computers, stereos, televisions, boats - whatever - you realize that everything in the world exists in four dimensions - including yourself.

Yes, death.  That part.  Our existence is finite, and it makes no sense to spend it being unhappy and chasing bills and working ourselves to death to pay for things.  Yet, most people do.

We stopped at a boat dealer today, to look at a "trailerable trawler" as maybe a replacement for our RV, when we get tired of RVing.   I mentioned to the guy running the place that it would be a nice boat for going up the intracoastal waterway (very slowly).  He replied, "Well, you'd have to have a lot of time off to do that!"

He lived in 3-D.   Most of his customers bought fishing boats to use on the weekeneds, when they had precious little time to themselves.  They worked five days a week so they could fish for two, chasing boat payments for their whole lives.  The idea that someone in their 50's could take months off at a time (or be retired) was just alien to him.

I am not sure we are going to buy a boat anytime soon.  They are fun to look at, but the cost of boating is easily double that of RVing.   Everything boating-related is very expensive, from the fuel on up.   One reason we were looking at the "trailerable trawler" is that being trailerable, it saves a lot of money on marina fees (who charge you to haul out and store your boat) and also allows you to fuel up at a gas station, not a marina (where fuel is a dollar more a gallon than on land).

But that being said, it might just be more fun to rent such a boat than to buy one.  One idea I did have was to buy a freshwater boat in Michigan (or some other place up North) and take it down the ICW to Florida.  After making the trip, sell the boat (which would be desirable, never having been in salt) and move on with life.  If you played this right, you could buy the boat, make the trip, and sell it for what you paid for it, leaving fuel as your only expense.  The mistake I see folks making with trips like that is that they buy the boat, make their "trip of a lifetime" and then keep the boat and letting it molder, sometimes in their backyards.   Again, 3-D thinking - the boat is not depreciating or degrading, in their minds.  A 4-D thinker sees the depreciation counter spinning madly on a daily basis as the moldering boat is worth less and less on a daily basis.