Is the Stock Market Crashing? Hardly. 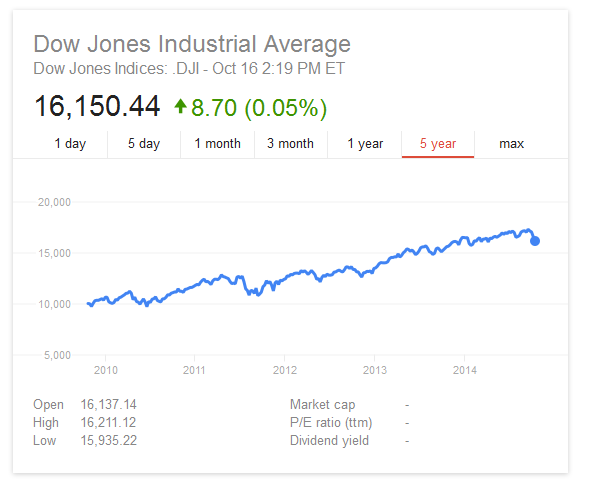 Is the stock market "crashing"?   The media seems to think so.  The chart above shows a different story.

In the news recently, a lot of panic and fear.  As I noted in a previous posting, fear sells.   CNN says the Fed is "out of ideas" and illustrates the "Wall Street Crash" with this image: 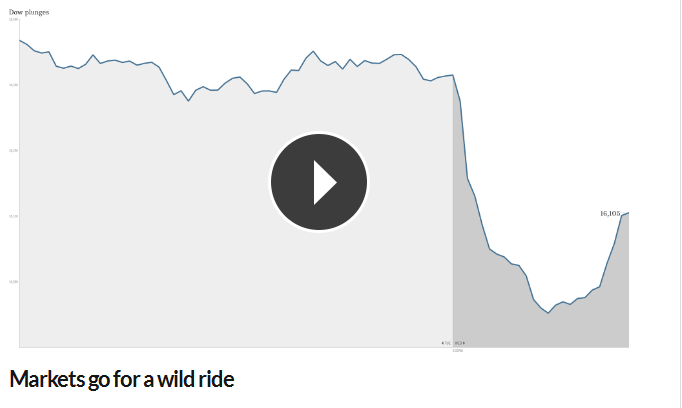 Wow!  I never realized things were so bad!  Oh, wait, this is just an effect of scale change.


You see, when you zoom the scale up by 10,000% and then CUT OFF anything below 15,000, and then limit the time scale to two days, well, you can make the market look "volatile" to anyone.  Well, anyone who doesn't understand math and graphs.   Oh, wait, that's about 99% of the United States.  I wonder who the 1%'er are.  Oh, right, the Billionaires who didn't sleep through math class.

Is the market down a bit?  Sure, and you would expect this.  A lot of "dot com" businesses are starting to show their real side - speculative earnings, wild-eyed promises, and no real business plans.   And that brings down the market.   The Fed is easing its "quantitative easing" and interest rates may rise.   That's part of it, too.   Ebola and ISIS (or ISIL?  Make up your mind what your name is, terrorists!) - I doubt it.   Ebola is no big threat to national health and ISIS or whoever they are are only a big threat to Iraq and Syria - countries that are both already fucked beyond recognition as it is.

Plebes.  So easy to lead by the nose.  I only wished I figured this out long ago, I'd be a Billionaire by now, too.
Newer Post Older Post Home