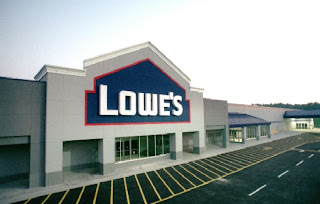 You can bankrupt yourself, $199 at a time, at a place like this.

We are in the process of replacing the windows on our house.   We are doing the labor ourselves, which saves a lot of money.   Replacement vinyl windows are cheap - about $100 to $200 apiece.   Many companies want $500 to $1000 per window, if they install them.  It is not hard to install these.  Cut off a piece of exterior molding and the old "cartridge" windows pop right out.  The new ones slide right in, are secured in place, and then the molding trim is replaced.   After you've done a few, it goes quicker and quicker, as you start to get a system in place.

Why replace the windows?   Well, the old ones are made of wood - and are 40 years old.  Wood needs to be painted periodically.  Wood windows stick and bind and are hard to open (which encourages homeowners to turn on the A/C when they should be opening a window).   And the single-pane glass lets in a lot of heat in the summer (and lets it out in the winter) and also transmits a lot of noise as well.   When you replace old single-pane glass windows with thermopane vinyl windows, the first thing you will notice is how quiet your house is.

How much will the project cost?   In reality, nothing.   You see, the energy savings of replacing the old, inefficient windows will pay for the cost of their installation in just a few years.   I only wished I had done this sooner!  This is a home improvement which is actually an improvement.

Project like this -  major home improvements - help maintain the value of your house and also can reduce energy costs.   Yes, they may even increase the value of the home - although usually not by more than half the cost of the project.

And the prevalence of "big box" home improvement stores has made it easier and cheaper to do such projects, which can be a big savings for the average homeowner.

But many folks go to home improvement stores to do what I call shitty little projects.   These are the kind of deals that are hyped on the end-caps of the aisles.   Little weekend jobs that always seem to cost $199 on your credit card, which provide the appearance of home improvement, without actually improving anything.

Yard projects are a case in point.   I have a friend who obsesses about their lawn and yard.   And every weekend (and most weekdays) they are in their yard, raking and weeding and mowing and trimming.   They even hire a guy to help them with these projects.

What sort of projects?   Well, you know, birdhouses, fountains, and other tchotchke that clutters up the yard (and makes mowing and maintenance more of a hassle).  Little half-assed patios scattered around with seats that look inviting but that no one sits in, ever.   Attempting to turn the yard into a garden spot - and then going inside and watching television for 5 hours a day.   What's the point?

When the house is sold, its value will be in the age of the roof, the hot water heater, the furnace and air conditioner, the type and condition of the floors, the windows, and the kitchen appliances.  Oh, and of course, the location as I found out when they bulldozed my house into the ground.

You see, I know all this because at one time, I made the mistake of doing shitty little projects myself.  We had lawn lights everywhere, along with a drip irrigation system.  We had tiny gardens spread here and there and patios with seating areas that no one sat in.  We had a Koi pond that no one looked at.   It was kind of neat and fun but it all cost a staggering amount of money to build and a staggering amount of labor to maintain.   And it all was done, one $199 credit card charge at a time.

Yes, I refinanced my house to pay off a credit card bill that was rung up for lawn lights - at least in part. I learned my lesson - no more weekend warrior projects.  No more shitty little projects that just waste time and money and add no real value to a home - nor maintain it.

You see, no one wants to buy a house that is cluttered with junk like this.   To most folks, a spectacular garden says one thing - weeding nightmare.    And most folks are right.   We had a spectacular garden in Virginia and it was a maintenance nightmare.  We went away on vacation more than once, only to return to three-foot-high weeds.    And stupidly, we replicated this (on a smaller scale) in our vacation home in New York.   Do the math on this: garden + vacation home + vacant for six months = yard-high weeds when you get back.

It is just cheaper and easier to have simple plantings that do not require a lot of constant maintenance and intervention.   The "showplace" home with spectacular rose bushes (or whatever) is not worth a penny more than the house with ordinary shrubs (that need trimming once every other year, at most).

My friend who does the shitty little projects complains all the time that he is broke and can't afford things.  "I can't afford to replace my old car" he sighs, while forking over money to his hired hand and writing out a check to VISA for the latest load of mulch he bought last week at the big-box store.   Maybe if he got that plastic edging to go around the new plants?   Hmmmm.... that might look nice!

It is very easy to get caught up in these sorts of projects.   A house can be a real money pit if you let it become one.   In a way, it is like teens and 20-somethings who squander money trying to "mod" a car  while ignoring basic and essential maintenance.  The secret, I think, is to think of your home in terms of a landlord - and perhaps after being a landlord, this is easier to do.   When you own a number of properties, the idea of high-maintenance "improvements" loses its allure rather quickly.   What does appeal to you is reliable appliances and infrastructure that do not require your constant intervention.

I want to do things not own things at this point in my life.   And I certainly don't want to bankrupt myself by spending every weekend dragging home crap from some big-box store and laboring in my yard.