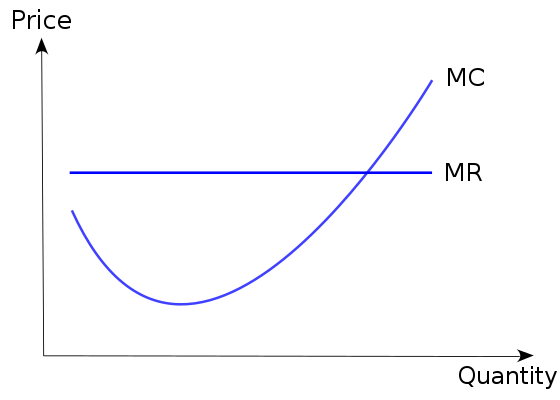 Just because one activity is not as profitable as an another doesn't make it unprofitable.

For example, you decide to buy a secondhand Toyota Corolla.   You go to a dealer (which is a bad idea - buy one from an individual and save a lot of $$$) and tell them you want to buy a three-year-old Corolla and are prepared to pay cash for it.   The salesman says, "Well, you could pay cash for it, but you are missing the "opportunity cost" to invest that money!  If you got a car loan, you could invest that money you would have spent, and come out ahead!   Plus, the car loan will help establish your credit rating!"

Now, if you believe things car dealers say, I can't help you.  Yes, they lie - like rugs.   So anyway, once he has you hooked on financing, he points out that for "only a little more per month" you could get a fancier car (the LE model) and so forth.   Before long, you are leaving the lot with a brand-new 15 mpg SUV with temp tags on it, and you sort of wonder how this all happened.   And of course, down the road, as you struggle to make the monthly payments, you begin to realize that you were lied to, big-time.

Opportunity cost makes sense for a company, which has to weigh what projects to invest in and their relative rates of return.   However, companies also consider the effect of marginal cost and marginal pricing as  well.   Simply stated, oftentimes you can make more money by selling a product below its full cost, if the extra sale is above your marginal cost.   In fact, you can optimize your profit income in this manner.

I used as an example before, how Johnson outboards used to make a V-4 outboard (they probably still do) in a number of horsepower ranges.   Back in the day, they sold the same engine as an 85 HP model, a 100 HP model, and as a 115 HP model.   All used the same engine design, engine block, lower unit, etc., and had the same parts count and assembly cost.   They basically cost the same to make.   But if you bought the 115 HP model, you paid a lot more than you would for the 85 HP model.   They were selling Horsepower, not engine parts.

If it cost the same to make all three models, why not simply make them all 115 HP models and make the most amount of profit?   Well, the basic reason is that not every consumer is willing to pay the top price for the engine.   So you offer a lesser horsepower engine in a lower price range to snag those cheaper customers who don't want to spend as much.  You optimize your profitability when you can sell all of your production to as many customers as possible at the highest price each customer is willing to pay.

If you tried to sell only the 115 HP model at the top price, chances are you would not sell as many motors, as the lower-price customers would walk away (and perhaps go to your competitors).   As a result, your overall revenue would decline, and your factory utilization would decline, resulting in higher per-unit costs, and thus profits would drop precipitously.

And over the years, some manufacturers have fallen into this trap.   U.S. car makers decided in the 2000's that since SUVs were so profitable, that they would just sell SUVs (Chrysler, just prior to bankruptcy, had a nearly all-SUV line.  Even the Dodge Neon was replaced with a mini-SUV Caliber).   The problem with that model is, well, not everyone wants an SUV.   When you abandon entire market segments, the competition takes those customers away from you.   And since the reorganization of the American automakers, none are making small trucks - giving Toyota and Nissan free hand in that market segment.

So, it makes sense, from an economic point of view, to seek out all profitable enterprises that your company is capable of.   Why leave money on the table, just because an enterprise is not as profitable as another?   And that illustrates why "Opportunity Cost" is often a fallacious argument even for large corporations.   You may think, "Gee, we make $10,000 every time we sell a Chevy Suburban - let's just change our entire output to Chevy Suburbans!"   But the problem with that business model is, you can only sell so many of those vehicles.   Not everyone wants a gas-hog house-on-wheels, no matter how profitable it is for you.   You have to seek out more marginal transactions as well.

And even within one model line, you see marginal pricing at work.   The car companies sell large quantities of vehicles through their fleet sales programs to rental car companies and utility companies and the like.   They don't make a lot of money on these sales, as the buyers, who are buying in bulk, demand steep discounts in prices.   Why sell a pickup truck to the utility company for a $1000 profit when you can sell the same truck to a consumer for a $5000 profit?   The answer is, of course, that profit is profit, and you leave money on the table if you walk away from fleet sales.   You have an assembly line running, a factory overhead to pay - as well as workers.   Better to keep them busy with a low-profit sale than to lay them off with no profits and no sales.

And as I noted in my previous posting, it is not like you can make more money at your job by not mowing your own lawn.   Very few of us have jobs that pay us more money for more work.  Most us either are on salary (which means no increase in pay for increased hours of work) or have fixed hourly work-weeks (as employers are loathe to pay overtime, or even to pay full-time!).

The time you take mowing your own lawn isn't time "taken away" from working at your job.  It can, however, be time taken away from watching television, shopping in the mall, obsessively texting, or surfing the internet.   All of those activities are not "money earning" activities, but rather money-wasting activities.

And for most Americans, this is where the "free time" liberated by hiring people to wipe their ass goes to - the television.   As I noted in an earlier posting for Bath Remodeling, the normative cue set forth in the advertisement is "Why do it yourself?" when you can hire this company.  And happy consumers are shown napping on the couch, watching television, or doing yoga - or other profit-making activities (sarcasm light is ON), instead of cleaning the grout in their bathrooms.

I have a friend who was a stay-at-home Mom.   They hired a maid and a lawn service, as they were "too busy" to do these tasks themselves.   What did she do with her free time?  Sit around and watch television.

Or take one of my old bosses.  He hires a lawn service to mow his lawn.   He then laments that he is getting out-of-shape due to his sedentary lifestyle.   So he pays money to go to a gym to work out.   The time he "saves" by hiring people to do things isn't used to make more money but rather used to spend it.

Walking away from marginal profits is dumb.   Using that energy to spend money is even dumber.   It would be like GM saying, "Let's only sell giant SUVs as they are the most profitable!  And with all the time we are saving, we can set fire to the factory!"   It is, in short, insane.

Now, yes, there are folks out there whose time is so valuable that they hire people to literally wipe their asses (so-called "personal assistants").   Celebrities, politicians, high-power executives and the like, are such in demand that they need to hire people to do a lot of the mundane things that we little people have to do ourselves.

And yes, the very rich can afford to live on estates and hire gardeners and the like, as they are very rich.

This blog is not aimed at Rock Stars or the very rich.   And here's a clue:  You ain't a Rock Star or very rich, particularly if you are reading this blog.

And that is the trap, in a nutshell, for the middle class.   As "strivers" we try to take on the trappings of the very wealthy.   We hire a maid service, or a lawn service, or a pool service.  We pay someone to "detail" our car (instead of washing it ourselves).  We use restaurants as our personal chefs, so we don't have to cook or do dishes (Tony Blair washed dishes, and he was PM!).

In short, the middle class squanders away thousands - if not tens of thousands - of dollars every year, trying to play "pretend rich" and ends up broke and unhappy.   "Who took all the money away?" we cry.  But the money wasn't "taken away" - we gave it away, freely and willingly.

When you hire someone to do basic things in your life - that you are perfectly capable of doing yourself - then you are throwing money away and leaving a profit that you could have had on the table.

(And note, I said, basic things  that you are perfectly capable of doing yourself.   If you don't have the skills for a job, it makes sense to hire it out.  Not everyone can roof their own house or tile a bathroom.  For some particular jobs, yes, it makes sense to hire someone.   Mowing the lawn, running your vacuum, washing dishes, or washing your car, are not specialty jobs!)

Remember - labor you do yourself is not taxable.  And neither are savings.  For every $1 you save in not spending or doing something yourself, you are saving $1.25 to $1.50 in income (with taxes and all).

Are you sure that incremental profit isn't worth going after?