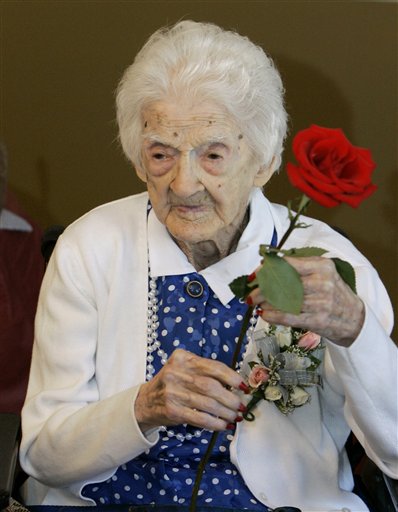 Getting old ain't for the faint of heart.  And a loved one with Alzheimer's or dementia can be rather annoying to deal with.  But screaming at them really doesn't make it much better.

Living on a retirement island is scary.  It is a real horror show watching your friends and neighbors go downhill a little bit at a time - or a lot.   And losing your mind as you get older is the ultimate horror, as you don't see it happening and it worries you.   Will you give all your money away to a Nigerian scammer and not even realize it?

But one thing I see with older men (and it usually is the men) is that when they start to lose their faculties, their wives often nag them into an early grave.

It it not hard to understand why.   Someone with dementia, like anyone with a mental illness, can be annoying as hell.  They forget things, and don't know what is going on.  They forget names or even people.   But screaming at them isn't making it better for either party.

For some reason, some wives think that shouting at their husbands will reverse the course of dementia.   The husband acts confused or forgets things and instead of just calmly answering their questions, they shriek, "I told you yesterday!  Don't you remember????"

Well, of course they don't remember.   They have dementia, remember?  If they remembered, they wouldn't be asking you, right?   And when you make forgetting things seem like some sort of shameful thing, eventually they do remember to stop asking you and then retreat into their own inner world.

The same is true of people with hearing loss.   You would not go to Gallaudet University in Washington DC and start screaming at the deaf students, would you?   Yet many people think nothing of doing this, with a loved one who is losing their hearing.

Worse yet, is when you are asked to repeat something, you say, "Never mind, it wasn't important" which is evil - as I have noted before - on two levels.   First, the amount of energy it took you to say, "Never mind, it wasn't important" is more than it would have taken you to just repeat what you said, in a clear voice, facing the person (instead of mumbling while facing away, which is the problem in the first place - you, not them).   In other words, you are going out of your way to not repeat yourself and that is just fucking evil beyond belief.

Second, when you say, "Never mind, it wasn't important" what you are really saying is "Never mind, you are not important" and as a result, people with hearing loss eventually give up and stop interacting and withdraw into their own little world.

I don't think people set out to be this evil to the elderly, it just happens.  Dealing with people losing their hearing and their minds can be frustrating.   And it easy to lose patience and get angry - particularly when you are getting old yourself.

But I have seen this same effect with so-called "care givers" in the retirement home.   Mrs. Jones is 90 years old and doesn't know whether it is snowing or blowing and frankly, at that age, who gives a fuck?  But so-called "caregivers" will come up to them and shout in their ear, "Mrs. Jones, do you know what day it is?   Do you know who the President is?" and other bullshit nonsense that someone with one foot in the grave really doesn't care about.

And when the patient mumbles some reply, gets the answer wrong, or whatever, the so-called "care giver" will snicker and say, "See? She doesn't even know what day it is!" as if getting old and infirm was some sort of personal failure that will never happen to them!  Nosiree!

Why we torture the elderly in this manner is beyond me.   Rather than give them quizzes on the Presidents or days of the week, how about trying to make them comfortable?   Documenting their decline isn't going to make it better - or prevent it from happening.

A friend of mine went through this with their parents - actually a couple of friends of mine - and found that interacting was more important than trying to shame them.   One brought an elderly parent a pad device loaded with video games designed for young children.   Not only did this keep him amused, it seemed to help his cognitive abilities more.

And hey, it's better than screaming, "Do you know what day it is?" which doesn't really do anyone much good.

Only people who have to work for a living need to know that, anyway.
Newer Post Older Post Home