Why the PC Market "Died" and Why the Smartphone One Will 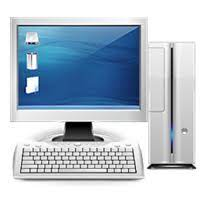 Chances are, you have one of these on your desk at work and at home.  Why is the market for computers considered "dead"?


A lot of ink has been spilled on the death of the personal computer.   We are told that "everyone" is using tablets or smart phones to access the Internet these days, and that "no one" uses a computer.

But is that true?  Or just another imagined story by the media?

Of course, the kids all use gaming consoles, right?   That's where the action is in the gaming world - we are told.   Yet online, a vigorous debate exists among "gamers" as to which is better - PC gaming or console gaming.   And young people today still spend their days building their own "hot rod" PC for gaming and whatnot.

The PC market isn't dead.   And yet, sales are down, profits are down, and the companies that make PCs are deemed to be "hurting" (even if it isn't necessarily so) and many are consolidating or spinning off their computer divisions - or going private as Dell has.

My "Gateway" computer that I use for work is almost a decade old.   Yes, it runs on a dual core Intel processor loafing along at 1.86 GHz with a wee bit (or byte?) of 4 GB RAM and a couple of terabytes of disk space.  It chugs along on Windows 7 Ultimate, which is stable and reliable.  It has dual 22" monitors (in portrait mode).   I have a similar machine that I bought a year earlier with 20" monitors as well.   These are dinosaurs and antiques in the days of modern computing.

Yet, it still sends and received e-mail, streams videos, and does just about anything I want it to do, other than perhaps run some 3-D game, which I am not really interested in doing.  It is still functional, and will be for at least a few more years.

Worse yet, some of the software I am running on it is stone age.   Microsoft Word 2000, Adobe Acrobat Professional 8.0, Quickbooks Pro 2002 - all programs a decade old or older, but still functional and still compatible in the modern world, despite the best efforts of their source companies.

There is no compelling reason to upgrade.   So I keep the old computer and old software as it is.  The desktop computer, it seems, has reached a plateau in its design life.   The product has matured.

This is a sharp contrast to the early days of computing.  I bought my first PC back in the 1980's - a single floppy XT that I paid $3000 for.   It had a monochrome monitor and a cheap dot-matrix printer.   Bear in mind that this was enough money back then to buy a decent used car back then (or half a brand-new Chevette).   Within a few years, however, it was horrifically obsolete.

By the 1990's, Windows was now the norm, and computers got cheap.   I was buying a new machine at Best Buy for $1200 or so, maybe less.  I was still building and tinkering with the machines, of course.   In the late 1990's, I bought three Dell machines for $500 each, including monitors, each of which was more powerful than any of the computers I had bought previously.   I flogged those machines for nearly a decade, until they eventually wore out.

My latest two computers did cost a lot more.   Rather than buy the economy $500 special from DELL, I spend a lot more to get what was a "high end" machine at the time.   As a result, I think, they have lasted longer, although I have had to replace hard drives, operating systems, and add more memory, over time.

But there is a pattern here - with each gyration, the time between replacement gets longer and longer.   The need to upgrade immediately is less and less, as the incremental improvements in technology are less and less.   The big bottleneck in computing speed today is your internet speed, not processor or whatever.  There is no compelling reason to buy a new computer, as the technology has matured and plateaued.

Not that the computer - and software - companies haven't tried of course.   One of the big mistakes you can make is to put a newer operating system on an older computer.   I am not interested in a "free" copy of Windows 10, as it will likely run slowly on my old machine, create all sorts of driver issues, and end up being a bad idea.   At least you can uninstall it and go back to Windows 7.

For iPhone users, they are finding out the hard way that software upgrades can turn a functioning machine into a useless brick.   Upgrading to the latest "iOS" can make an older iPhone nearly unusable.  And you can't "roll back" to the old OS like with a PC.  What a neat way to sell new phones!

This "forced upgrade" scenario, of course, has backfired in the past.   One of the largest recessions in the computer business happened right after Windows 95 came out.  The industry figured that everyone would want to have the latest version of Windows - which would require a newer, more powerful PC to run it.   So they all ramped up production of newer, more powerful processors and graphics chips, as well as newer and fancier computers.  No one bought - or at least not as many as they thought.   A lot of folks thought that Windows 3.1 was working just fine, thank you, and that waiting a year or two before upgrading was a smarter idea - by then all the bugs were worked out.

The same was true with Windows Vista.   Those who waited for Windows 7 to come out had a lot fewer hassles to deal with than those "early adopters" who ground their teeth with Vista and its crashes.

We've seen this same pattern in the introduction of new products in the past.  For example, when Henry Ford "put America on Wheels" with his Model T, sales took off like a rocket.   Sales from competing companies increased as well, as people who never owned a car before went out and bought one.   But once they had a car, their needs were satisfied, and eventually, sales slowed down and stagnated.   Why buy a new car, when the old Model T is still running fine?   People drove those into the ground.

It wasn't until the 1950's that car makers seized upon the idea that "trading in every three years" was a norm that should be sold to people - until people got sick of that concept and discovered foreign cars that would last a decade.

The car market is not dead, but like the PC market it has matured.   And while we have had record sales in the last few years, it would not be unusual to see the car market slow down in 2016.   And like with the PC market, in China, the gangbuster days of car sales may be winding to a close, as everyone in China who wants a car now has one - and the market switches gears from a conquest mode to a replacement mode.

The design of the desktop and laptop computer has matured - stagnated, if you will.   There is no compelling reason to buy a new one, other than the old one has worn out.   And this is a good thing.   Sales in the past were driven by two growth factors.   First, people had to upgrade, as the computer you sold them last year was almost unusable this year.  Second, the entire country was computer-less, and the time it takes to sell 300 million people a computer is a long time.   So the PC industry had a good run.  Today, it is largely a replacement business.  Not a dead business, but just not the gangbusters business of the past, where demand was strong and upgrades frequent.

Today, the same could be said for the smart phone business.   Penetration is nearly 100%, with me being apparently the last holdout.  But the same two things that "stagnated" the PC business are affecting the smart phone business.   First, the design has matured.  There is no compelling reason anymore to upgrade every year - so people are waiting longer between upgrades.   You no longer see stories in the media (planted usually) about long lines going around the block the night before a new iPhone comes out.  People realize they were pretty foolish, I think.

And since almost everyone has a smart phone, the demand to fill the needs of 330 million people is slackening.  Once you have market saturation and design maturity, demand falls off considerably.   It is a basic force of nature.

This is not to say the smart phone business is dead - any more than the PC business is dead - only that the boom days are over, and future sales will be slower.  And we are seeing this happen today, with sales at Apple slowing down.

And this is one reason why people like to talk about "the next big thing!" be it wearable computers or virtual reality.   If you can come up with a product that everyone "has to have" or will eventually be in every home, you will have a very high growth market for a number of years.

Some folks thought that would be the Apple Watch, but sales have been disappointing.  And I think that is not because it is a bad idea, only that the technology isn't there yet.   The early "pen-based computers" and "Personal Digital Assistants" such the Apple Newton and Palm Pilot were not big hits (although the Palm Pilot did have better luck than the Newton).   It wasn't until someone figured out you could combine this with a cell phone that the idea took hold.  And once the technology improved, well, today you have a smart phone industry.

When a wearable computer can do all the things a smart phone can, perhaps people will buy them.   Perhaps not.   A lot of the success of the smart phone has to do with non-technical features, such as form factor and human factors - as well as its initial cache as a style item (electronic jewelry).  The Apple watch simply isn't large enough so that people will notice you have one.   And yea, that is a big part of the deal.

So no, the PC isn't dead, it has just matured.  It is like the lightbulb - a pretty static product for decades now, and for a few years to come (until the LED replaces it).   And the smart phone is headed in the same direction, at least for the time being.