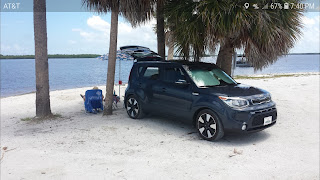 Boxy small cars are the new station wagon.   Sadly, most are now out of production.  2015 KIA Soul Exclaim, with the "whole shebang" package, sun and sound package, and umber leather, in Fathom Blue.


As I noted in my Station Wagon posting, the almighty SUV is slowly crushing the American car market to death.   These ugly beasts are so profitable and so popular, that they are slowly displacing every other car from the market.   Before it went bankrupt (for the second time) Chrysler had a lineup of nearly all SUVs.   Sports cars, convertibles, station wagons, and sedans almost went extinct in that era - and may still be endangered today.  Auto executives love the profitable pickups and SUVs that are largely "empty steel boxes" sold by the pound to gullible consumers.  Small cars, however, command small prices and small profit margins - and as a result are not as heavily promoted.

For a brief period, however, during the early 2000's to the early 2010's, a number of "Box Cars" came on the scene.   These were practical vehicles that weren't quite wagons, weren't quite mini-vans, and certainly weren't SUVs.   They were boxy, ugly, and funky-looking and certainly not speed demons or racing machines.    But they were cheap, fairly reliable, had a modicum of style, and were as practical as hell for hauling all your shit around.

I suppose they were the spiritual successor to the hatchback - another vehicle that is extinct or nearly so - driven from the market by focus groups and the wisdom of advertising execs.   The old VW Rabbit/Golf was an example of this - a tiny car with an enormous amount of room in it.  I remember driving home from IKEA in Mark's 1987 GTI with an entire king-sized bed inside and strapped onto the roof (two box springs and one mattress in the hatch, another mattress and bed frame and headboard on the roof!).

Practical cars, for hauling four people, and occasionally loads of "stuff" that most people need to haul around.   Of course, the Golf is still around, but is now a very expensive "luxury car" - or so the people at Motor Trend claim.  And of course, we know how the Motor Trend Car-of-the-year curse works on car companies.  Oh, right. Diesel emissions scandal.  Sorry, VW!

Anyway, these boxy cars came and largely went, although one is still in production today.   In terms of practical transportation, you could do a lot worse.

1.  PT CRUISER   (2001-2010)   You might argue that the PT Cruiser was the first "box car" although it was not very boxy.   But it had all the basic box car design elements:  Funky retro design, a raised station-wagon like roof, kitchen-chair like seating, all based on an economy car platform.   They were not expensive cars, but got decent gas mileage and hauled your stuff around and looked a lot cooler than the Dodge Neon they were based on.

Sadly, Chrysler decided to replace the car with something called the "Dodge Caliber" which the President of the Corporation called "an abomination" - while it was still in production.   Today, Dodge has no box cars, just ugly SUVs. 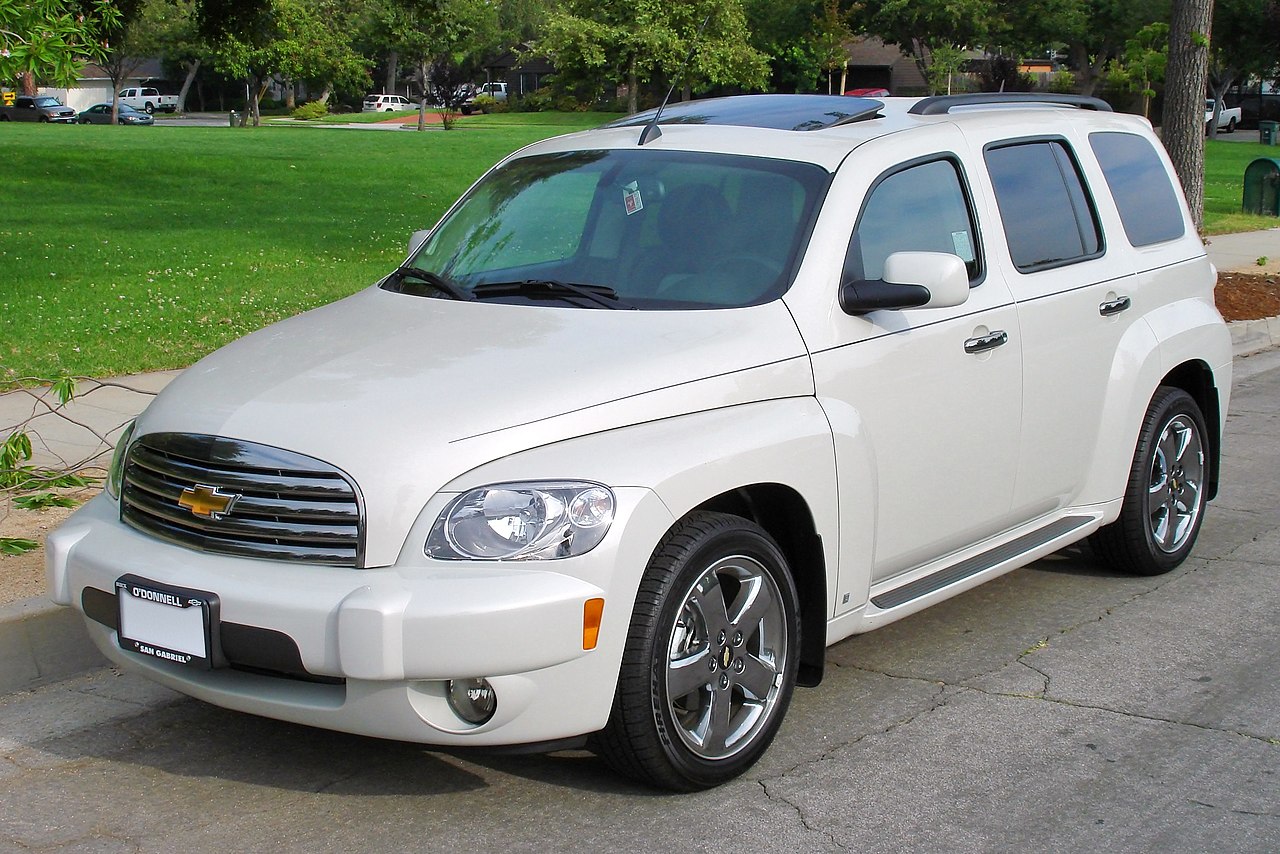 And once Chrysler showed some promise with its retro-styled boxy wagon based on an economy-car chassis, GM decided to do likewise, creating the oddly named "HHR" based on the Cavalier/Cobalt platform.   In fact, they hired the designer of the PT Cruiser away from Chrysler.  He too, was apparently out of original ideas.

Again, it was not a bad car, with lots of room, reasonable gas mileage, and cheap to buy.  But when GM went belly up, the HHR went away, replaced with the SUV "Equinox" which has less interior room, a higher ride height, and all the other sins that SUVs are prone to.
. 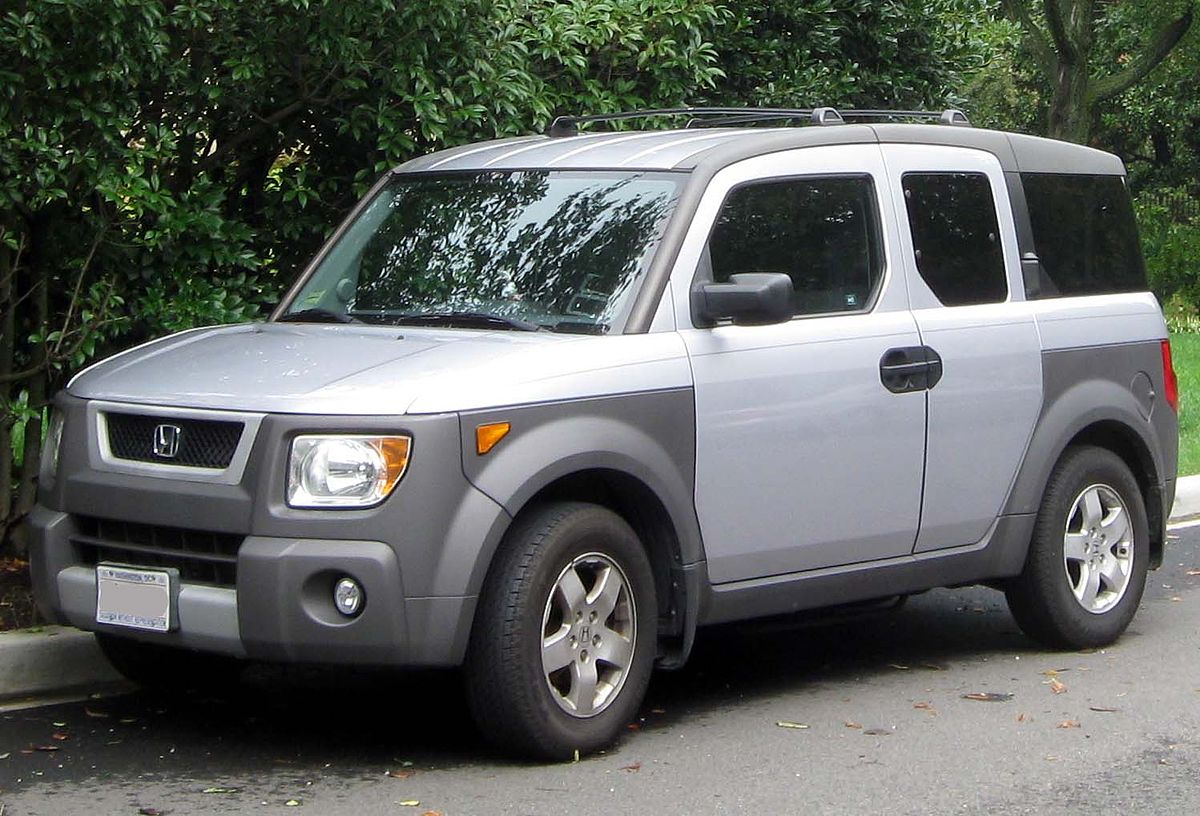 2.  HONDA ELEMENT (2003-2011)  Honda jumped into the game with a huge boxy wagon-like "thing" with rear suicide doors and odd features like a flat, sweep-out rubber floor.   While early reviewers opined that one could clean out the car with a garden hose, Honda pointed out that water could ruin sensitive electronics and void the warranty.  So Element owners resorted to leaf blowers, instead.

The element was an anti-car, designed for people who were not car people.   The fenders (in early models) were made of pebble-finished plastic - like a computer case.   You didn't need to wax it, or even wash it.  Just load the dogs in it and go.   It was a car for people who saw their vehicles as a means to an end, and not an end in and of themselves.

Sadly, such folks were in the minority.  And with a CRV being priced about the same, many buyers would jump ship to the dark side (SUV) so they could be perceived as "sporty" instead of "dorky".

But a funny thing, when the anti-car was cancelled, many Element owners actually cried.  It turns out, they were more attached to their Elements than they let on. 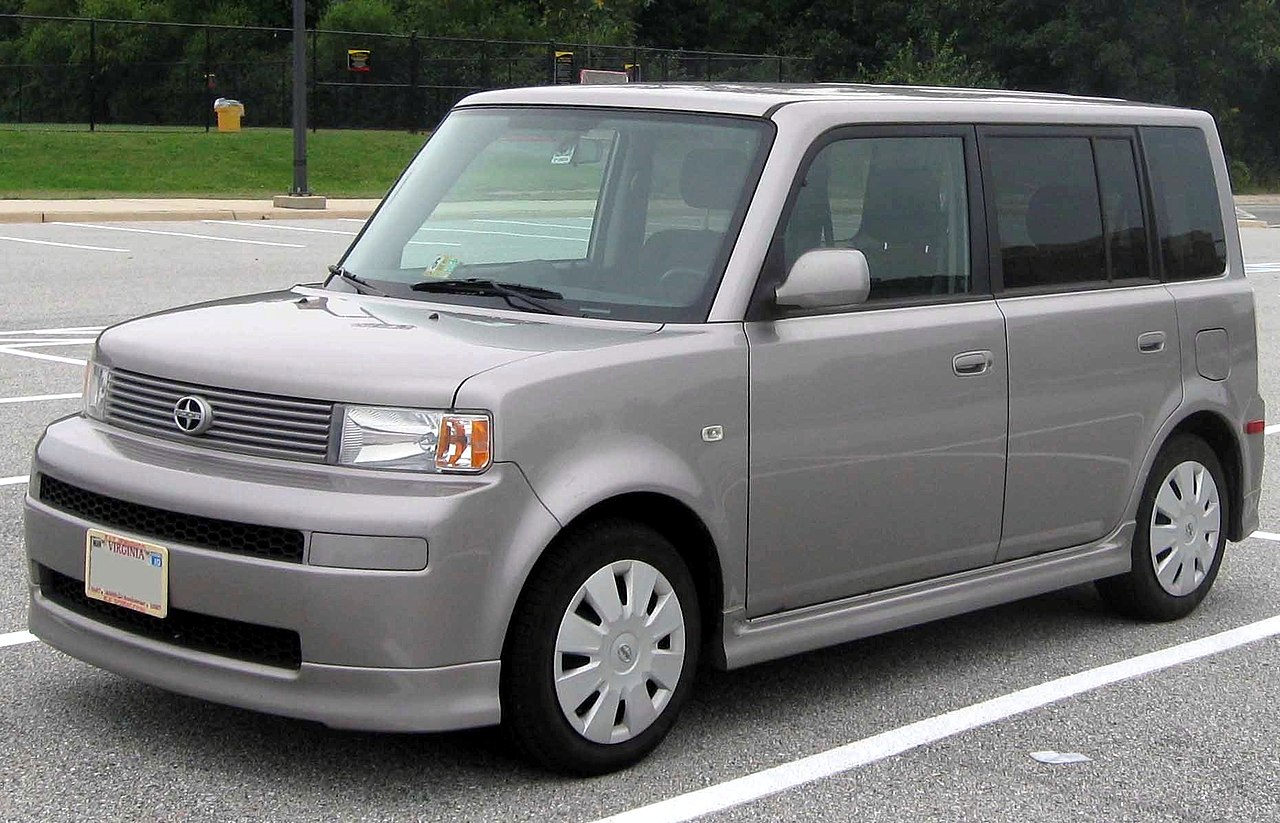 3.  SCION xB (2003-2015)  F. Scott Fitzgerald once said there are no second acts in American lives.  But the Scion xB went through two generations, and may emerge in a third as the iM.  We'll see.   The first generation xB was a boxy Japan-market minicar that was brought into the new Toyota Scion lineup at the last minute to fill in the range.   No one thought it would sell well, but it ended up beating sales of the rest of the lineup.   Small, boxy, tinny, and underpowered - and cheap - people loved them.  And while aimed at the 20-something market, many older people, who wanted inexpensive easy-to-drive transportation, snapped them up.

There were problems, of course.  To begin with, as a Japan market car, it barely met US crash test standards, and with side-impact requirements ramping up (not to mention insurance institute ratings issues) they re-designed the car (second generation) to make it bigger, bloatier, and more stylized.  The xB faithful revolted.   But they sold a lot of gen II's - perhaps more than the Gen I's.

Another reason for the re-style was the Koreans.  KIA (see below) introduced their own box car, and based their advertising campaign on ridiculing the Scion xB - comparing it to a cardboard box or a washing machine.  "You can have this, or you can have that" the Black Sheep rapped.  And why have a tinny box, when you could have so much more?

So Toyota re-designed the xB to make it more "like that" but the results were mixed.

NISSAN CUBE (2002-2015)  Nissan jumped on the box car bandwagon with its Japan market auto-show theme car, which turned out to be thinking a little too much "out of the box".   With an asymmetrical design, the cube flirted too close to the line where "so ugly it's cute" becomes just plain ugly.   Never a big seller, it is slated to disappear, at least from US markets, in 2016.

Like most Nissans, it probably was a sturdy and inexpensive car, but most buyers likely opted for something more conventional - like the Nissan Rogue, another gawdaful boring run-of-the-mill mini-UTE.

KIA SOUL (2008 - Present)  KIA got into the game pretty late, but shook up the segment by offering something a little more than the competition.  While the Soul could be bought as a "stripper" for very little, you could also option up the car with leather interior, a powerful sound system, as well as electronic gadgetry that appealed to the younger generation.  Why, as they posited, would you have that, when you could have this?

In 2014, KIA introduced a second generation Soul, which looks, at first glance, identical to the first.  However, it is built on an entirely different platform, and no body panels or parts interchange between the two.  The new Soul is slightly longer and bigger than the old, and is also moved even further upscale.   Luxury car features like lush leather interiors, heated seats (even in the rear!) heated steering wheel, air conditioned seats (front only), panoramic sunroof, push-button start, Infinity sound system, and of course, all the electronic gadgets, are now featured.

With the wheels pushed to the corners of the car, the Soul, like most box cars, rides better than most economy cars of the same size.

KIA realized that these Box Cars appealed not only to the young, but to the old, who wanted simple, basic cars to get around town, get reasonable gas mileage (32 mpg, here), and be easy to get in and out of.
* * *

The box cars are not dead - yet.   But the SUV continues to ruin the US car market.  SUVs are fine and all, but most of us don't need or want all-wheel-drive and the accompanying cramped interiors that driveshafts and raised suspensions require.  And let's not even talk about the shitty gas mileage.

While the great unwashed masses flock to the SUVs, maybe thinking "outside the box" these days means thinking inside the box.
Newer Post Older Post Home