No One Likes Creepy 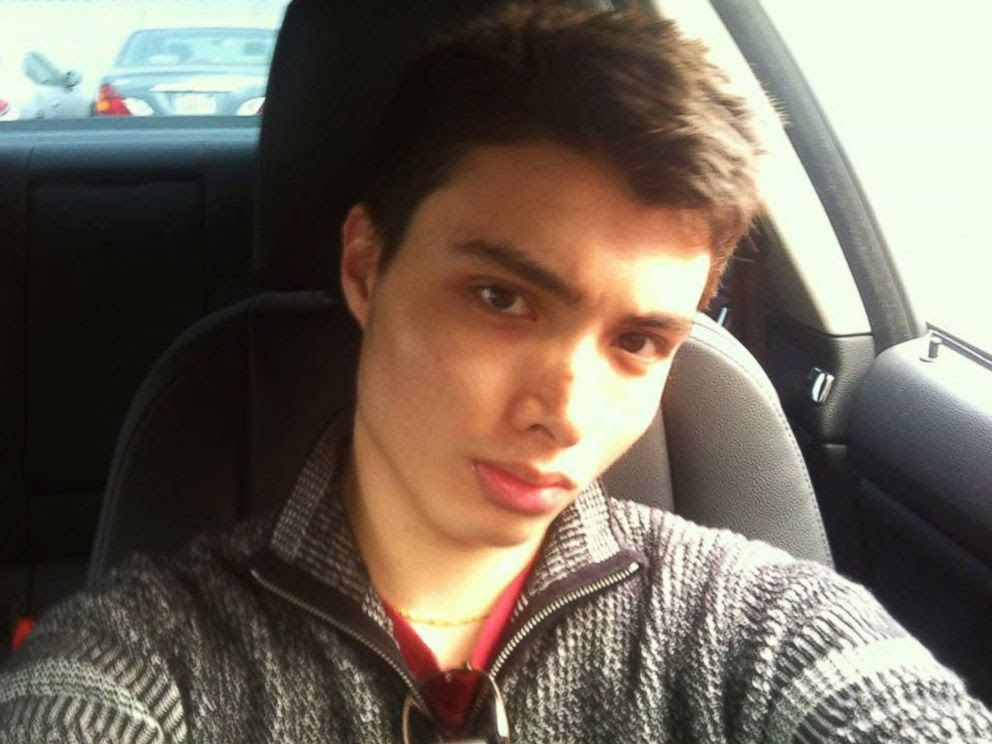 Acting creepy and weird is one sure way to end up unhappy.


Mental hygiene, as I noted before, is something you have to work at.  Sadly, a lot of people are encouraged to "do their own thing" and "be who they are" and end up unhappy, as their natural instincts take them to places which make them weird and strange to others.  People don't like strange, so they eschew folks who act abnormal, which in turn bootstraps the whole thing, as the weird person gets weirder and weirder.

I'm not saying you have to conform to society's expectations 100% or be some sort of Stepford-wife robot or something, only that behaving within one or two standard deviations of the norm is a far better way to get ahead and be happy.

Let me give you some examples of what I mean.

Joe (not his real name) is a nice guy.  He's smart and all, and pretty handsome, from a certain angle.  Under normal circumstances, Joe would be dating an attractive girl, and maybe settling down someday and raising a family.  But Joe has decided to "do his own thing" and because of that, he thinks that life is vastly unfair to him.

Joe listens to talk radio all day long.   It doesn't matter what kind, but in his case, it is right-wing talk radio.  When he goes to a party or a bar, he meets a pretty young girl, who is taken in by his good looks.   But it quickly goes sour when Joe starts talking.   He doesn't talk to the girl and ask her about herself (always the best approach when dealing with people).  He doesn't even talk about himself (a far worse approach).   Instead, he lectures her about what Rush Limbaugh said today on the radio and then rants about how Democrats are ruining his life.

The pretty young girl edges away and tells Joe that she has to use the ladies' room.  She makes a quick escape from a side door.  Joe fumes when she doesn't return (or worse yet, is seen talking to another man).  Just another example of those Femi-Nazis ruining things for Joe!  Doesn't she see that he is entitled to sex with her?  Why do all those "other guys" get to score with the pretty chicks?  The world is a cruel, unfair place, and Joe is getting a raw deal.

But this sort of behavior, instead of attenuating, merely reinforces itself.  The more Joe is pushed away by potential mates, friends, and family members, the more he is convinced that he is right, or perhaps that Rush is right, and there is some sort of vast conspiracy to "get" people like him.  Joe starts subscribing to more and more conspiracy theories - just about any theory that comes down the pike.  And pretty soon, Joe is a pretty lonely guy - his only friends being "online" people he talks to about conspiracy theories and far-right politics.  And even then, they have frequent disagreements about details of these theories - schisms that often erupt into online flame wars.

Sadly, in some cases, the Joe's of the world take this even further.  The pretty girl he talked to maybe agreed to go out on a date.  But she quickly freaks out when Joe starts ranting again about conspiracies and the government.  She declines a second date.  Joe, thinking he is "entitled" to her, starts stalking her and ends up shooting her to death after lying in wait behind some bushes near her townhouse.  Sounds far-fetched?  It happens every day.  It happened to the daughter of my dental hygienist - and basically destroyed her life as well.  All because some crazy guy thought that what some nut was ranting about on the radio was more important than what was going on in his life.

Could things have turned out differently?  You betcha.  Instead of obsessing about politics, Joe could have focused instead on his own life and living it.  When he meets a pretty girl, he could talk about things that interest her, rather than blathering on about the unfairness in life (which makes Joe look like a whining loser).  He could be the guy settled down and married, with three kids and a minivan, having backyard barbecues with the neighbors and grousing about the cost of college.  Instead, he's, well, vastly unhappy.

And lest the alt-right think I am picking on them, I know more than one Joe who follows, breathlessly, far-left pundits and conspiracy theories (often the same conspiracy theories as the far-right!) and has destroyed their life in a similar way.  The same way, actually.

Of course, women fall into this trap as well.  Cathy (not her real name) struggles with depression.  She is drawn to whatever mystical or magical movement that is coming down the pike this week or the next.  She wants to "channel" her previous lives, and follow a guru - any guru - that she hears about - the more mystic, the better!  Not surprisingly, she has been drawn into at least one cult at one time or another.  Most cults, however, reject her as she is too crazy.

She gives her life over entirely to her emotional side - and thinks that her emotions have deep, deep meanings that should be analyzed and dissected endlessly.  It never occurs to her that maybe, just maybe, some of her emotions may have more to do with her blood sugar level than anything else.  The brain is a pile of chemicals - and an awful lot of what you think you think is just a bunch of chemical reactions.  And if you don't believe this, please explain to me how mind-altering drugs work.

The problem for Cathy is the same as for Joe.  She is an attractive girl, from a certain angle, and she meets a nice guy at a bar or a party.  They start to chat, and she starts talking about her auras and chakras and what the guru said this week.  The guy she is talking to excuses himself to use the men's room - and escapes out the rear window.  Same shit, different day.   No one wants to date crazy.  No one wants to marry weird.

So just cut that shit out.   And you know if you are doing it, too.  I don't buy the explanation that weird people don't know they are being weird.  Often, they like to emphasize their weirdness as a way of wielding power.  It is, in a way, like the culture of belligerence.  Kids learn early on that other kids will leave them alone, if they are weird.  So weirdos tend to act weird as a way of intimidating and power-shifting.  The girl who giggles uncontrollably knows that she is making other people uncomfortable - that's why she's doing it.

Now, I suppose you could argue that these behaviors were entirely involuntary.  But going down that road, you could suppose that all behaviors are involuntary.  That would be to say that we don't have a choice in these matters whatsoever and that self-determination is an illusion.  And as I noted before, the brain is a bag of chemicals, and oftentimes what you feel is more related to what you ate a few hours ago, than any deep inner meaning in your life.

Maybe what you feel, but maybe not what you think.  Because in addition to being a bag of chemicals, the brain is also a neural network - an organic computer capable of solving problems and figuring things out.   And while your emotional side may run amok once in a while - we all get angry, sad, euphoric, or just plain weird on occasion - the rational side of our brain also realizes that we are being emotional at the time we are doing it.   It is this restraint on emotions that prevents most of us from acting on our basest emotional instincts.

As Roseanne Barr said - back when she was actually funny - she thought about killing her husband once, but then thought it through and realized she would be arrested and there would be a trial and everything, and then she'd have to try to find a sitter - and it's hard to find a good babysitter these days - and she decided that killing her husband just wasn't worth the hassle.   A funny joke (particularly the way she delivered it) but also an illustration how the rational side of the brain can over-rule the emotional side.

So if you find yourself being drawn to "alt-right" websites, think about why the folks on there refer to the bulk of humanity as "normies" - it is a self-admission of mental illness.  Similarly, if you find yourself being drawn to a goth group in high school, ask yourself why you would want to act this way and ostracize yourself from society at large.   The people who follow these paths know exactly what they are doing - and know that it is not normal.