Fraudulent Charge to "Network for Good?" 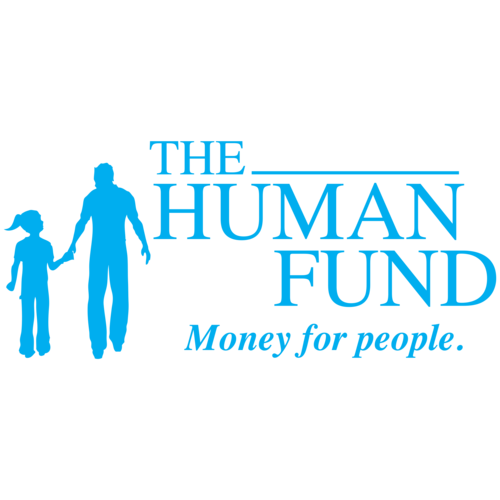 The "Network for Good" sounds about as legit as "The Human Fund" - but someone stealing your credit card may charge $1 to them, in order to test out your card numbers.


One o'clock in the morning and my phone buzzes on the nightstand.  I forgot to turn down the volume, which I normally do, particularly at night.  I look at the phone and there is a message from Bank of America noting that my credit card was used to charge $1 to the "Network for Good" which I have never heard of.

When someone steals your credit card or debit card, the first thing they do is try it out with a small charge.  And small charges to charities are one favorite target.   Why?  Because you might think that your spouse made the donation or that you made it and forgot.   So you let it slide and they go ahead and make the Big Kahuna - an expensive airline ticket (back in the day when you could refund those for cash) or electronics or jewelry, delivered to an address different than yours.  They then can sell the items on eBay or whatever, and make a tidy profit.

Was the charge fraudulent?   Well, I don't donate to online charities, and if I did, I would donate more than $1.  At first, I thought it might be a charge through Wayfair, the online retailer, which unfortunately puts an automatic $1 selection on their checkout for Habitat for Humanity.   But you have to click on "add" to add this to your invoice, and it would appear on their invoice, not as a separate item from the charity.

Also, when I went to the "network for good" website, it indicated that a legitimate charge would have a receipt sent to my e-mail address.   No such receipt was received.   So we can clearly mark this as fraud.

I called Bank of America and they cancelled the card, after going through other pending charges to make sure the other ones were legitimate.   They all were, except this $1 charge.

How did my card get compromised?  It is hard to say.   The last time around, it was ECS Tuning, a BMW parts seller, who put my credit card number and expiration date, along with my name and address on the parts picker's form.   They hired "some guy" to pull parts from the warehouse, and he stopped by the copy machine on the way to pull the orders and made copies of each order.   He later sold this information to a third party, who marketed the data on the Internet.   That's all it takes - one sloppy seller.

It is possible it could have been a "card skimmer" or something like that, but I doubt it - I think those things are more the subject of folklore than reality.   But you never know.   I was on vacation (I am always on vacation) several weeks ago, and I do recall a sketchy Shell station where the seals on the pumps were all broken - someone could have accessed the electronics of the pump internally, which is easier than trying to attach a skimmer with velcro or whatever.   But you'd think they would have made a move by now.

So Bank of America cancels the card, which is no big deal, as I have a backup card to use.   It is a bit of a hassle, as I will have to go online and enter new card data for automatic payments for my utilities and whatnot.   Speaking of which, the website for the utility company here on Jekyll has been down for a week, now - and they are claiming there was no data breach.   Hmmmm..... I wonder!  That may have been the source of the problem.

But quite frankly, I think changing your credit card number every so often is a very good idea anyway.   It forces you to think about recurring charges, and of course, makes it harder for those "negative option" bastards to get at you.

Would I have been liable for any fraudulent charges on the card?  Of course not.   But nevertheless, it is a good idea to call the bank as soon as you learn of any charges that look suspicious.   For debit cards in particular, it can be a pain in the butt to get the charges reversed from your account, and in the meantime, your bank balance may be dinged.  As I noted in my earlier posting on the matter, I had to file a police report and sign an affidavit, when my debit card was stolen.  With the credit card, it was only a matter of a phone call.

I guess also, for me, I don't like letting those bastards win.  And this time around, I noticed something different.  The last time, they told me that when a "hold" is made, they cannot contest the charge until the charge actually goes through.   This time, the card was cancelled right away, and the five "holds" on my account disappeared from my screen in real time when I refreshed the browser.  Maybe that is the same as before, but I don't remember it that way.

There have been other incidents like this in the past, including one raised by the bank.  One day, I received a notice in the mail that they thought my card was breached, so they sent me a new one, thank-you-very-much.   There were no fraudulent charges, but the bank wasn't taking any chances.  I can only guess that their computers picked up a fraudulent charge to one account and then saw the same charge being made to other customers as well.   As the article above notes, scammers can make $1 "donations" to charity using bots, and thus "test out" hundreds or even thousands of credit cards in a matter of minutes.   Such actions, however, can be just as easily detected by bank software - if the bank so chooses.  Maybe they are now so choosing.

Oh well, a pain in the ass at two o'clock in the morning.  Then again, getting up two or three times a night to go pee is a way of life.   Something to look forward to as you get older!   Sounds like an inconvenience, but it beats incontinence!


UPDATE:  It seems some folks are not happy with "The Network for Good" as they solicit donations for charities, apparently without the charity's permission.  Their own website confirms that this is the case.  As the folks from the Georgia charity who lodged the complaint note, Network for Good scoops 4.75% off the top, which is more than four times what the charity itself pays for overhead.

By the way, if you read that "ripoff report" read the carefully worded "response" below it from "another charity" - it has all the hallmarks of a grooming post!

This posting, on the same site, seems to indicate that someone else had their debit card stolen - $1 per day was charged to the account, they claim.  Again, with a debit card, it is harder to get such charges reversed.  Changing your debit card may be the only answer - or closing your bank account.

It is not clear that "Network for Good" was the one doing the charging, or merely someone who stole the card.   Very weird!   Another peel-the-onion kind of deal.   The idea of a company like this soliciting donations for other charities without their permission reminds me of how Facebook set up a page for me without my permission, either!

UPDATE:  Network for good may have made this "test charge" related to a donation to the Frank Lloyd Wright society. I cancelled my membership to that organization.  They re-vamped the Frank Lloyd Wright Quarterly from a serious magazine about architecture, into Highlights for Children, in a weird square format.   We still like to visit FLW properties, but the organization, like most organizations eventually do, has lost its way.
Newer Post Older Post Home