Should You Join a Fraternity? (Revisited) 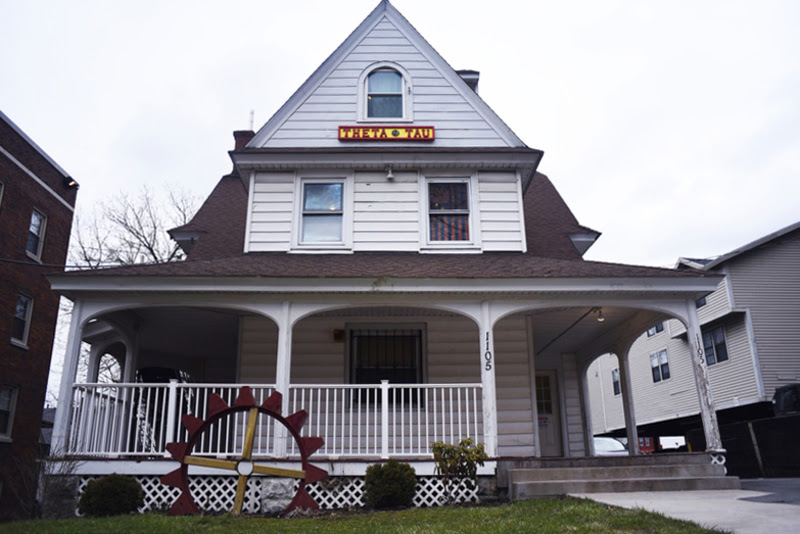 
A recent article in the news about one of my alma maters, Syracuse University, discusses an incident at Theta Tau, the "Engineering" fraternity, where members were caught on tape pledging to hate blacks, Jews, and other minorities.  This struck me as odd for an Engineering fraternity, as in the Engineering business, you are going to run into a lot of people who hail from China, India, the Middle-East, Indonesia, and so forth.   It is a very international community.   Hating minorities will surely narrow your job prospects.

Most of the "high tech" companies these days are located in places like San Francisco and the bay area, or Austin or Boulder - all hotbeds of enlightenment, and not room for white supremacists.   I suspect the folks at "Theta Tau" might find that their Engineering careers are over before they even started.  Who in their right mind is going to hire them now?

Granted, the Engineering field has been largely dominated by men, and blacks are still very under-represented,  But it is hardly an all-white male bastion anymore.  Being racist is, well, just stupid.

So what was the point of joining this fraternity?   The members are now utterly fucked.  This story will stick around on the Internet forever, and when they apply for jobs in their chosen field of study, they will find the story will follow them.  Even if an employer fails to figure it out, some fellow employee will no doubt connect the dots.   And once you are known as the "white supremacist" Engineer, well, people will distance themselves from you.  No one likes creepy.

The problem isn't just this fraternity, but all fraternities.  And I think the problem is systemic, institutional, and impossible to fix.  The very nature of fraternities (and sororities) engenders these kinds of incidents (and far worse).  No one comes out ahead by joining a frat.

You never hear about good things fraternities are doing, because by and large, they don't do many.  Oh, sure, some frats will have a fundraiser here and there for some cause.  But for the most part, it is a bunch of 20-something dudes who swill lite beer and drive fart-muffler cars.   Joining a frat becomes all about partying and selfishness (and not the good kind!) in short order.

I discussed fraternities before, and came to the conclusion they were over-rated if not in fact dangerous to the individual.  Young men, left to their own devices, in a group, can get into a lot of trouble.  Get a group of young guys together, and they get nervous and egg each other on into doing odious things.   It is odd, too, in this day and age, that people willingly segregate themselves into single-gender housing.   You finally have a chance to leave home and move in with your girlfriend, but decide instead to hang out with 20 other drunken young men.   Sounds awfully gay to me.

And in fact, fraternities were dying on the vine in the mid-1970's.   After the "peace and love" era of the 1960's, it was seen as more "adult" to get an apartment, move in with your girlfriend than to join a frat.   Fraternities were seen as old-fashioned and stupid - representing the sort of white privilege of the past - sort of like the stuck-up "Omega Theta Pi" fraternity mocked in Animal House.

The problem with that movie was that it re-ignited the fraternity movement.  Even as the movie parodied the "normal" fraternities, it also presented an image of a frat as a drunken party-house where everyone had a good time.   Fraternities might have died out by 1985 if not for that movie.  By the early 1980's, fraternities were back - and this time less of a bastion of white male privilege, but as a place to hang out and get utterly drunk out of your mind.   Bad things happened fairly quickly.

We read about it in the paper.  Pledges dying in fraternity initiation rites - which were less about homoerotic paddling ceremonies than they were about binge-drinking or even forced consumption of alcohol.  Young coeds being drugged and raped - sometimes gang-raped.   Racist incidents during parties or pledging, all captured on the ubiquitous smart phone, for the world to see.

And it doesn't matter if you were not involved.  When your chapter makes national headlines and the University shuts down your "house," you are tainted as much as the actual perpetrators.   Suddenly, having a fraternity ring doesn't seem like an "in" to business connections (if it ever was one) than a mark of shame.

Sure, maybe these sort of things happened in the "good old days" as well.  A pledge dies after drinking too much and his parents are told he "fell in the shower."   University Deans are more than happy to help sweep it all under the rug, of course.  And rape?   Back in the 1950's, it just wasn't reported, and even if it was, rarely prosecuted.   And again, Universities back then were more than willing to cover things up to preserve the "good name" of the school.

But today, we have the smartphone recording every incident in life, and the permanent archive of the Internet to preserve these things for all eternity.   Did we do stupid, regrettable things while in college?   Sure we did.   But back then, there were no cell phones, and no one carried around a Betamax tape recorder because it weighed over 50 pounds.   And there was no internet to upload things to, and no "viral" videos, or archives of data that could be retrieved with the click of a mouse.

It is true, kids have it harder today.  You make one mistake, and it could ruin you for life.   Well, maybe not for life, but it can derail your career for a few years, at the very least.   So joining a frat has a huge downside, if someone at the frat is caught doing very bad things.  Guilt by association will follow you around for the rest of your days.

But surely, there has to be an upside, right?   Joining a frat marks you as one of the elite - the cream of the crop, the sort of person from the "right" family.   And it provides you with connections later in life.  Give your new boss the secret fraternity handshake or casually show him your frat ring, and for sure you will be promoted, right?   Because in today's business world, connections mean more than absolute talent, right?

I am not so sure.  The environment today is just the opposite.  In the hard-nosed business world we live in, performance means more than who you know.   Social connections might help you get your foot in the door, but if you are not up to snuff, you'll be shown that door before long.  And the idea of privilege has fallen from favor in many sectors of the economy.   In fact, asserting such privilege may be a turn-off to prospective employers.

And then there is the distraction.   A college education is very expensive today.  And your grades and performance are looked at more closely than ever.   Do you really want to screw up a $100,000 investment by drowning yourself in beer parties?   That is exactly what happened to a friend of mine, who, upon leaving home for Engineering school, joined a frat and discovered his new friend, alcohol.  He dropped out in his second semester.

The drinking age - another aspect of the problem.   Fraternities are not known for teaching their members responsible social drinking. They don't sit around having cocktails and having sophisticated discussions, but rather swill kegs of lite beer and shout "Whazzzup!" at each other.   Since the drinking age was raised to 21, many are entering college with no drinking experience.  Worse yet, since most undergraduates cannot legally drink, the fraternity has become the speakeasy of the new age.   Fraternities are finding they are quite popular with the students, whenever they throw a kegger during pledge week.   And this has lead to a lot of the troubles.

From a personal standpoint, you have to ask yourself whether this is something that is going to profit you personally.   Are you going to get better grades and have an "in" with your first job interview as a result of joining a frat?   I suspect the answer is "No" to both questions.   Is there a significant risk you may be caught up in some scandal as a result of being affiliated with the frat?   I think yes.   And is there a significant risk you may end up spending too much time on socializing and too little on studying and hurt your college career as a result?  I think the answer is a resounding "Yes" to that.