Why Do Gun Makers Go Broke? 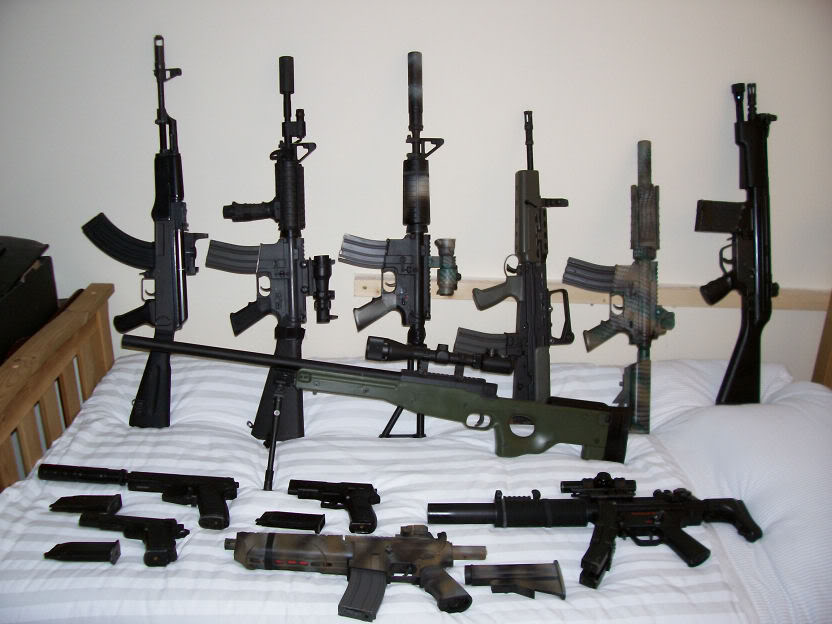 We are told that sales of firearms are going through the roof - so why are so many manufacturer's going bust?


I noted in another posting that investing in firearms manufacturers based on the hype in the media is a bad idea.  During the Obama administration, firearms sales took off, aided and abetted by the hype from the NRA that "Obama is going to take away your guns! Stock up now!" - that kind of thing.  Nevertheless, in this golden era of gun sales, Colt firearms found a way to go bankrupt.

Today, it is Remington.   And people are blaming Trump this time around - claiming he isn't ramping up the gun confiscation paranoia the way Obama did.  And indeed, sales of firearms have tapered off somewhat since Trump was elected.
(Remington is the subject of a class action suit alleging that the triggers of their rifles are defective, causing the firearms to discharge inadvertently.)

They are not the only firearms company to go bust - while selling a hot product. The Military Armament Corporation - which made the infamous MAC-10 also went bust.  Despite pretty brisk sales, the company stopped making firearms back in the 1970's and went bankrupt shortly thereafter.

It turns out that the firearms business is like any other - you have to keep an eye on the bottom line, control costs, do your marketing, respond to changes in the market, and keep a lid on internal strife and politics.   That, and you are at the mercy of the next start-up company that decides to jump into the fray.

There are few, if any, barriers to entry in the firearms business.   Any gunsmith can make a firearm, and indeed, just as it is legal to build your own airplane, you can, in America, manufacture your own guns.   The technology is not that complicated, nor is it that new.  The military sidearm known as the "M1911" was called that, because that was the year it was introduced.  It was not obsoleted until 1986.  While it would be helpful to have a unique design - perhaps something you could protect with a Patent, you really don't need to have much in the way of unique design, in order to sell.  Price point and quality are often the big selling features - as is firepower.

So traditional gun makers are like the traditional "big-three" carmakers - stuck in their ways and often saddled with high overheads, unfunded pension liabilities, and intransigent unions.   Newer, smaller companies - particularly from overseas - can make more modern firearms with higher capacity clips, and take away their business in a hurry.  The Austrian-made Glock with its 15-round (standard) clip, has supplanted the old "1911" .45 automatic, which had a paltry 7 rounds or revolvers with their pathetic six rounds.

But one by one, the old-line gun makers have gone bankrupt - or nearly so.  Smith and Wesson discovered the hard way that it doesn't pay to cross the NRA.  Gun owners may be in the minority in the United States, but NRA members make up the majority of gun buyers.  Then Colt, and now Remington.   The pundits and journalists may opine that it is Trump causing a decline in gun sales that is triggering (sorry!) this wave of bankruptcies, but I think something else is at work here.
These companies are going bust the old-fashioned way - weak management, failure to follow market trends, low-cost competition from home and abroad, and excessive debt, pension liabilities, and high overhead from union labor.   Any one of these factors is enough to put a company out of business.

When you get right down to it, the firearms business is just a business like any other.   And since competition is so fierce in this business, it is a tough business to make profits in, even when times are good and a Democrat is in the White House.
Newer Post Older Post Home