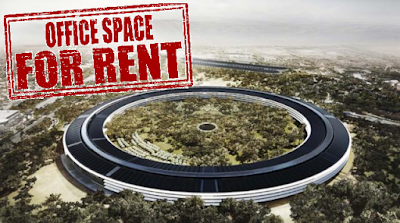 Apple sales are down because the smartphone market is saturated.  So is the computer market.

I am typing this missive on an old Gateway computer that is at least a decade old, perhaps 13 years old.   I bought it when we bought the lake house in New York back in 2005.   Since then, I bought another Gateway (even nicer) for the house here in Georgia.  That one died (bad motherboard) two years ago.  I took the hard drives and memory out of it and put them into this unit.   Over the years, I have replaced two hard drives, a bad memory stick, and upgraded the computer to Windows 7 ultimate.  It is probably about ready to die, the monitor has a yellow line on one side of the screen that won't go away.

We have two hoary old Toshiba laptops.  I paid $300 for one of them, new, and maybe $100 for the other used.  I have upgraded the hard drives and memory on those as well.  And yes, they are both running Windows 7 ultimate now.   It is a reliable platform.

Our smart phones are old Samsung Galaxy S4's that we bought on eBay for $99 each.   All of this equipment does what I want it to do.  The smart phones run all the apps I want or need.   The computer surfs the Internet and types letters.   I am not sure I want to "upgrade" to a Windows 10 computer and pay a monthly subscription fee to Microsoft in order to use MS-WORD, when I bought and paid for that program well over a decade ago.

We have reached a point of technological stasis in this country.   There is no compelling need to go out and buy new tech - at least not all at once.   There is only the gradual replacement sales of products lost, stolen, broken, or merely worn out.   And that doesn't promise to be nearly as profitable as the release of a new generation of iPhones.

It was only a few years ago that less than half the population had a smart phone.   I held out as long as possible, knowing that being an "early adapter" would just result in my wasting money on an instantly obsolete first generation machine.   I have an Apple iPhone 4 that my brother-in-law gave me for "emergency use" - it really has no other.  It won't even store music!   It is an quaint piece of antique technology that has literally no use whatsoever.   But his next generation iPhone, which is laughably out of date with the "in" crowd, does do all the things he wants it to do - he sees no reason to upgrade to an iPhone  X or whatever they are calling it these days.

In the early days, Apple minted money on smart phones - as did other makers.   No one had one, so there was a market of 330 million people to sell to in the United States.   And people who bought the early ones wanted to upgrade, not only to be "with it" with their peers, but because, as I noted, those early units became laughably outdated very quickly.

But now the technology has matured.  There are few, if any, new features that a newer phone has that one of two, three, or even four generations previous doesn't have.  Even my Galaxy has near-field capabilities.   Fingerprint?  Facial ID?   Really not necessary in my life.   Neat gimmicks, and certainly something that a future phone I buy (when I drop this one in the toilet or something) will have.   But not a "must have" feature that forces me to drop what I already own and rush out to buy.

When the PC first came out, sales were slow at first, and then took off, as an entire nation didn't have PCs.  And people rushed out to buy them - paying thousands for them.   But over time, the prices dropped down, sales leveled off, and they became a commodity item.  Once-hot computer companies went bankrupt - it nearly happened to Apple, too!   Today, a computer can be had for as little as a few hundred dollars, and nobody is buying them, other than to replace machines that break.  And the same is true for smart phones.

The fact that people are gushing about trivial things such as whether a phone has a "notch" or not, tells you that the technology has matured.   There really is nothing else to talk about with smart phones, so the marketers gin-up these "controversies" (do you really think this sort of thing occurred organically?) about notches and trivial design changes.   Malibu Stacy has a new hat!   The smart phone market has matured and these are commodity items now.  They are about as exciting to buy as a new toaster oven. And they should be about as expensive.   $1000 smart phones just don't make any sense in an era of commodity electronics.

So Apple's market for iPhones goes from 330 million people who don't have one, to a replacement market of maybe 1/10th that amount - perhaps fewer.   And with a staggering price tag of $1000, many people are probably thinking what I am - that the current machine they are using works perfectly well, thank you.   Besides, wait a year or so, and the same phone is for sale on eBay for half the price, if not less, as folks turn those in for even newer phones.

Oh sure, Apple has tried to prime the pump by forcing "updates" onto older phones that basically turn them into bricks.  The problem with this model of marketing is that it doesn't turn customers into return customers, it pisses them off.  I am sure more than one "brick" owner has switched to an android phone as the result of this tactic - and found the phone to be cheaper, easier to use, and more attractive as well.   Apple phones are ugly - or at least their screen displays are.  The icons make my eyes hurt!

The staggering price tag of tech - particularly Apple tech - makes people pause.   My brother-in-law bought a macbook and an Apple iPad - staying within the Apple ecosystem, except for his old Dell laptop.   Guess which is his favorite tool?   The only reason he went with iPad was that he flies, and the airmaps and moving map displays for airplanes work well on the iPad, but (he claims) don't work as well on brand X.   But his frustration with the balkiness of the Mac is compounded by the fact he spend nearly two grand on it.   You can buy a Windows laptop for almost 1/10th that amount, and at least have the satisfaction of getting a bargain on it, even if it isn't as stylish.

So it is no surprise that Apple is having trouble selling its new iPhones.  Well, not trouble, exactly, but the glory days of people waiting overnight in sleeping bags at the Apple store to buy the latest-and-greatest iPhone are waning.   The days of selling out of inventory overnight are long gone - at least for now.

So what does this all mean?   Well, the idea that tech companies may be leveling out isn't that radical.   Tech stocks (and today, tech includes tech-that-is-not-tech like delivering pizzas or driving a cab - commodity businesses as well) are tanking lately, well, at least losing some value.   And this is not unexpected.  There is no new "must have" piece of electronics that folks need to rush out and buy.  The smart phone was the last of such devices - it was the computer for people who never were able to figure out computers, just as Facebook was the Internet for people who never figured out the Internet.

But what is the new device, or software or app or website that people "must have" these days?   I am sure there may eventually be one, but I am not seeing it on the near horizon.   In the meantime, we will see incremental changes, incremental improvements, and incremental profits.

The tech party isn't over, by a long shot.  But it has appeared to hit "pause" at least for the time being.
Newer Post Older Post Home