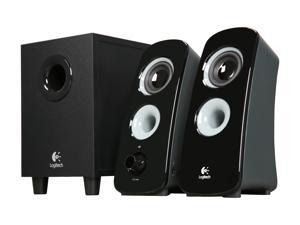 Looking for a cheap stereo?
Check out your local computer store!


Stereo equipment has to be one of the biggest scams going. When I was a kid, there were two or three stereo stores in town, and they were all total rip-offs. We paid enormous amounts of money for basic receivers, amplifiers, turntables, speakers, and tape decks. You could spend more on a stereo "Hi-Fi" set back then, than you could on a good used car.

Everyone wanted to have the "wall of electronics" which looked impressive and let's face it, we used it to wow our friends. We thought that having an impressive stereo was a sign of wealth and status. In reality, it was just a sign of debt and spending.

Some of the big box stores, like Best Buy still try to play this game, with the glass-door listening rooms and "stereo consultants" trying to pry money from your wallet.  But CD-quality sound has put audiophile quality within the reach of everyman.   And true audiophile quality sound has moved way up the scale. If you want to dump tons of money on a "high end" system, you still can, but chances are, for most people, the difference in sound quality between that and a consumer grade set is negligible.

Of course, so-called audiophiles would turn up their noses at that last statement. After all, they, having sophisticated tastes and refined hearing capabilities, certainly can notice the difference. But again, this is just status-seeking plain and simple, like the wine snob or the so-called sports car enthusiast.

Blind people have a very sensitive sense of hearing - and this has been proven out again and again. Yet, the blind people I know all have (and had) fairly cheap consumer-grade audio systems. Why is this? Perhaps because they can selectively tune in to the actual sound and filter out, mentally, any distortion and noise. Or perhaps there just isn't that much difference between an adequate stereo system and a "high end" one.

Like any technology, you pay twice as much, you don't GET twice as much.   Incremental improvements are costly in any technology.   So a BMW is twice as much as a Chevy.  But it doesn't go twice as fast or last twice as long. Stereo works the same way, and the law of diminishing returns quickly applies when you spend money on sound equipment.

As costs of manufacture for stereo equipment have dropped rapidly (most everything is made in China these days) the whole "high end" concept of stereo equipment has become largely obsolete. Like my $3000 gas grill that doesn't cook a hot dog any better than a $50 one, the $5000 stereo isn't going to sound much different playing your Dean Martin CDs than a $500 tabletop model.

Adding to the mix are the iPod and other MP3 devices. MP3 players are great for headphone wearers, but they compress and thus degrade the sound quality of your original CDs to the point where, when played back on a good stereo, they sound flat and tinny - even on car speakers.

CDs are bulky and difficult to use and can scratch and degrade over time. 5, 10, 20 and even 100 CD players are out there, but are hard to program and use. Who wants to mess with bulky CDs anymore?

You can upload (rip) your CDs to a computer using Windows Media player or other audio software.   If you set the sampling rate to equal that of the original CD, there is no degradation in sound quality. I rip my CDs using Windows Media Player in the original sampling rate and then convert using iTunes in order to load my iPod. Given the number of devices that play WMA files, I am not sure I would buy another iPod anytime soon, frankly.  Proprietary formats suck.

UPDATE:  Since writing this most cars and audio systems will "read" memory sticks which can be loaded with music you've ripped from your CDs.   And yes, they will read Windows .wma files, which can be ripped at the same resolution as the underlying CD.   And you can tell when a .wma file is playing and when an .mp3 file is playing - the latter sounds like crap.

Loading the CDs at the original sampling rate does take up a lot of space, though. If your hard drive on your laptop is getting thin, you can add a USB 500 GB external hard drive for about $100, and it will more CDs that you will ever listen to in your lifetime.

It may take you a week or more to load all your CDs onto a computer, one at a time. But you can do this as a background job, between other tasks. Once loaded onto you computer, you can back up the files to other computers and external hard drives, so you do no lose all your music if one computer crashes.

Windows Media Player, iTunes, and other software will go online and find album art and song lists for you, so you don't have to type all that data in each time you load a CD onto your computer.

Once you have all this music loaded online, you have a virtual jukebox in your laptop, and can use it to select and play songs. It is handy, and easier to use than the tiny controls on an iPod. The original iPod was great, but when you add 6,000 songs to it (as I did) it gets clunky to find and play songs you like.

You can connect your laptop or other computer to an existing stereo using any common type of patch cord. A computer or laptop with a good quality sound card is essential, as a cheap sound card will sound, well, cheap.

But another alternative is to use computer speakers as a "stereo" system. We use this in one of our homes, as we didn't want to go out and buy a new stereo right away. We ended up using it for years. Not only can we play all our CDs from the laptop, since it is on the network, we can listen to radio online, with no static or interference from those new "HD" channels (radio is dead, I am afraid).

Good quality computer speakers usually have a subwoofer nowadays and sound remarkably good. A set that came with my new computer was so well made, I decided to use it for my main stereo, and then use the set from my old computer on my new computer (I don't do gaming or whatever with my work computer).

So not only was this stereo cheap, it was free. And how many of these high-end computer speakers are languishing on desks, going "beep" or playing the Windows log-in song as their only function?

If you don't have a good set of computer speakers, your local office supply or computer store will have them cheap. The most expensive sets are usually $150 or less. Some decent ones can be had for $75.

UPDATE:  Of course, today, you can buy a "sound bar" and subwoofer at the local shopping club for not a lot more.

Put the same subwoofer and speakers in a stereo store, and the price would no doubt double. And the other problem with stereo stores today is that most of the stuff they push are "surround sound" systems for use with televisions. Surround sound might work great with Dolby surround sound or THX sound, but for regular Hi-Fi stereo, it is an unnecessary waste and often sounds odd, as the "rear" speakers create echos or cancel the front speaker sound. And often, these surround sound systems are more complicated than you need, just to play some song you want to hear.

Computer speakers are simplicity in themselves - usually a volume knob and a subwoofer adjustment. Some audio cards in computers support basic mixer capabilities, if you want that. But sometimes, simple is best.

We are fortunate to live in an era of cheap consumer goods. A decent stereo from the "Stereo Store" back in the 1970's would run you $500 to $1000 easily. Today, you can buy CD systems that would trounce a stereo from that era, for less than half the cost.