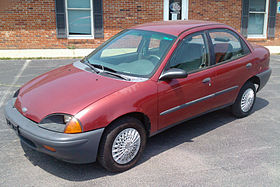 
In poor areas of the country, commerce grinds to a halt, as people believe their meager possessions are priceless, while at the same time believing that other's are worthless.

We lived in the summer in Upstate New York.   I grew up in this area, and when I left, I noticed a definite difference in attitude in other, more affluent areas of the country.   If you want to buy a used car, go to Washington DC or some other Southern city, where there are rust-free cars galore at very low prices.  To people down there, a used car is not something you hang on to or value highly.  You sell it and make it go away.  Commerce gets done.

But in Upstate New York, Clem is selling his rusted-out POS Chevy for $1000 over book value. What gives?

When I returned to this area, I realized the phenomenon more thoroughly.   Buying and selling the most basic items is an onerous chore.   Prices are high and no one is willing to pay.  Want to sell a house?   Expect to wait a year, perhaps two, for the "right buyer" to come along.

And that's the mentality.   People put boats, cars, and other consumer goods on the market, often parking them on their front lawn, and then let them sit there - often for YEARS, mowing around them, waiting for "the right person to come along" so they can "get their price" on a clapped out Firebird.

And it becomes almost comical.   When spring arrives, people put out their lawn furniture, mow the grass, and then push their perpetual "for sale" car or boat out of the garage and onto the lawn.  No where else in the country does it take two or three years to sell a car or an old day-sailor.

You read that right.   Two years, sometimes three.  We see the same clapped-out crap for sale, year after year.  And even though these are depreciating assets, worth less as times goes on, the prices never drop, and in fact, often go up.  (UPDATE:  We returned to Central New York years after writing this posting and say the same damn sailboat for sale five years after we left, and nearly seven years since it first was put on the front lawn for sale!).

Apparently, these people never heard of eBay.   List it there, BAM! it's gone in 7 days.   Or maybe autotrader.  Or maybe looking up the book value on something and pricing it accordingly.

No, no, they have to "get their price" and will wait for the "right person to come along".

You see this in many poor neighborhoods - the over-valuing of junk.  As I noted in my Used Tires post, overpriced things seem to be the norm in poorer neighborhoods.  Pawn shops are another example.   I went to one once on the advice of a friend who claimed there were great deals to be had. But what I saw was very used things for sale for nearly 3/4 of the price of new.

You see, as I have noted before, one reason people stay poor is that they make bad economic decisions.   And one of these is paying too much for things.   Shafty used car dealers thrive in poor neighborhoods because they get poor people to believe that a clapped-out minivan is worth nearly double book value.

Part of this is ignorance of economic data and lack of access to it.  If you are undereducated, have no access to a computer, then chances are, you aren't checking the three book values (Edmunds, KBB, NADA) on a car before buying it.  So your pricing information is sketchy at best.

And under-educated people don't understand how equipment and things work.  So to them, a shiny used car is nearly as valuable as a new one - they look nearly the same, right?  What they don't appreciate is that these are disposable appliances with a finite design and service life - more like a roll of tape than an anvil.  If you buy a roll of tape and half the tape has been used, well, it is only worth half as much, right?  The same is true with cars and other consumer goods.

So they overpay for things, and when it comes time to sell, they ask too much, not understanding that the fact they made a bad economic decision (overpaying) doesn't mean everyone else has to make one as well.

The problem with this type of economic behavior is that it grinds commerce to a halt in these sorts of impoverished areas. And it has a snowball effect.  As money becomes scarcer, fewer and fewer economic transactions occur.  Because of the scarcity of money, people demand more when selling their own goods.  So you see cars for sale for years, because "I'm not just going to give it away" and "I want to get MY price for it!"

This sort of impoverished mentality creates a situation where people end up with mountains of junk and obsolete crap around their homes.  You've see the houses in the country with the old cars parked around them.  Cars that are worth nothing.  Why keep an old, rusted out Chevy Malibu with a seized engine?  Because they want to "get their price" for it.

When scrap prices recently spiked, and dealers were paying as much as $200-400 for junked cars, some of these junk collectors stood to make thousands, if not tens of thousands of dollars, selling their piles of rust.  But many refused, saying "I want to get my price" - convinced that any day now a "rich car collector from the big city" was going to pay them thousands of dollars for their old Chevette or Vega.  I kid you not, they really believe this sort of thing.

We have run into the same thing on Craigslist.   People post ads nominally offering to sell something. You call them or e-mail them.  They don't get back to you.  Or if they do, they won't give you a phone number, an address, a time to come look at the item and buy it.  Then they say "Well, maybe my Brother-In-Law might buy it, I'm not sure" (I have actually heard this!).   They can't bear to actually consummate a deal. Constipated Commerce.

Up in this neck of the woods, people "think" about transactions a lot, but they rarely make good bargains, for themselves or others.   A person drives by a used car for sale on the way to work for six months, before finally stopping to look at it.  Three or four weeks of dickering and haggling, and he ends up the proud owner of a rusted-out 1979 Jaguar sedan.  Constipated Commerce.

It is important to liquidate physical assets that are no longer in use.   The capital you free up this way, no matter how trivial, adds to your bottom line.  And the sooner you sell a worn or unused asset, the more money you will get for it.  Wasting time - years even - trying to sell a $1500 boat for $3000 - is not cost-effective.  This is time you could put to better use.   And getting $1500 for that old boat is better than letting it rot behind the barn, out of spite when no one would "pay your price".

And of course, your home is worth more without garbage around it.   Junked and wrecked cars, old boats, and the like, will all have to go away eventually - when you sell your home or when your children sell it after you die.  At that point, your "precious collectibles" will be sold off to a junk dealer for the lowest amount possible.

And its important not to overpay for goods.  Buying Clem's clapped out '92 Ford for $3500 is no bargain, no matter how you try to convince yourself it is.  And convince themselves they do.  And when it is time to sell, they want an equally staggering amount for the rust-bucket as well. So the cycle continues......