The cost of operating a "Paid-For" car. 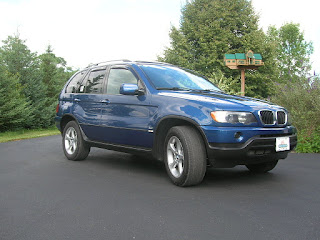 One thing I don't have to worry about every month, is making a car payment.  And most folks do worry about this - and some folks never get out from under car payments - jumping from one loan or lease to another, convinced they are saving money by "avoiding repair bills".

But there are huge savings in owning a car that is "paid for" - either by paying cash for it, or buy paying off the loan, taking care of it, and keeping it.  The cost of ownership can drop right off the map.

The insurance costs about $15 a month. You read that right.  By dropping collision, comp, rental car insurance, towing insurance, and other junk coverages, and by being old, driving carefully, not getting into accidents or having tickets, the cost of insurance is less than the cost of a few gallons of gas every month.

By the way, this illustrates why I don't have collision on this car.  The cost of fuel exceeds 1/5 the value every year.  It is about as valuable as a BIC lighter.  Collision and Comp would at another $1000 to the cost of insurance - about 1/10th its resale value, at this point.

Registration and property taxes (yea, we have those here in Georgia) run about $75 a year and falling.  Note that for a new car, this could be a few hundred a year, so you do save more owning an older, "paid for" car.  So the registration and taxes run about $6 a month

Now of course, the leasing set will say, "Well, what about repairs!  They can be super-expensive!"  Well, they can, but there is no law on the books (yet) forcing you to repair a car.  For a $10,000 car, it is not worth spending, say, $10,000 to repair it.  You could just go buy another, similar car.  And as the car gets older and older, eventually there will be a repair that exceeds the book value, at which point you junk the car.  So the idea that repair costs will "spiral out of control" is ludicrous.

Now there is a valid argument to be made that an older car can "nickel and dime you to death" - but only if you are not very astute about cars.  For example, taking this car to the dealer would be sheer suicide, financially, as they would charge you thousands of dollars for even the simplest repairs.

For example, I recently replaced an alternator in the car, which cost $350 Canadian.  The local dealer wanted close to $1000 for the same alternator - plus labor.  Installing it myself and going to a 3rd party for parts saved a ton of money.

The keys to not getting nickeled and dimed to death on a used or older car is to (a) buy a car in good shape, (b) take care of it and don't abuse it, (c) understand the lifespan of a car and its components, (d) find a good independent mechanic or do-it-yourself, and (e) know when to walk away.

As I have noted in my BMW Fright Pig posting, unsuspecting people get snookered into buying cars that LOOK good, but are mechanically worn out.  The car above looks and drives good, but will need tires soon - probably the last set it will have.  But by the 170,000 mile mark or so, the suspension parts will be well-worn.  Ball joints, tie rods, struts, bushings, etc.  And the clutch might go out.  And a host of other things as well.  And at that point I will sell the car and move on.   A shady used car dealer might shine it up and sell it to some kid, who will get nickel-ed and dimed to death with it.

Have a plan on when to get rid of a car, after a certain age.  Putting a new (or rebuilt) engine or transmission into an older car usually isn't worthwhile.  Look how many are sold shortly thereafter by reading the ads in the paper.

But realistically, I can expect to do a brake job on this car soon, and put new tires on it next year.  Throw in the odd water pump, ignition coil, and alternator once in a while, and I think a budget of $500 to $1000 a year in repairs or $85 a month is realistic.  If repairs creep up above that, I'd consider selling it, rather than paying more.

Now, of course, you see all the time, the ads in the paper for cars for sale for $299 a month.  But that is just the payment on the principle and interest.  Once you add in the collision, comp and other insurance, you add $100 a month or more (much more if you are younger), then add in the gas ($166 as above) and the registration and taxes ($20 a month) and you are looking at nearly $600 a month for such a vehicle, easily.  For a more expensive car, the cost increases accordingly.

Of course, if you can keep the car after the loan is paid off, you can reap the "back end" rewards of ownership, by knocking that $299 off the top and end up paying about half that, for the remainder of the life of the vehicle.  And that works out to about $3600 a year.  And if you can bank that money, well, in a few years you have enough to buy your next car, when the time is right.

The nice thing, though, about not having car payments, is not having yet one more bill to pay at the end of the month.
Newer Post Older Post Home