Is Retirement Really Dead? Do You Have a Choice? 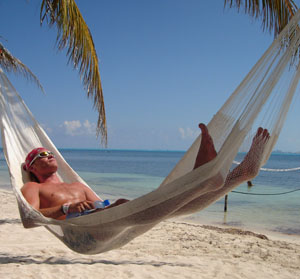 In the 1990's, a lot of Baby Boomers said they'd never retire.  Is this really a choice?  And a sound one?
I have been reading Stephen Pollan's book, Die Broke, and while it reflects a lot of the philosophies I have espoused here, I have to diverge from his path at this point, as I think his theories have some serious flaws.
Granted, a lot of this is because the book is so outdated.  For example, he mentions over and over again, than Real Estate is not likely to go up in value (much) in our lifetimes.  Today, that might seem like sound advice, but at the beginning of the last Real Estate Boom, it turned out to be flat wrong - Real Estate has increased in value by a factor of two, at least, since his book was published.  And while we are far down from the peak years of 2007, safe to say the Real Estate is still worth a heck of a lot more than it was worth in 1997.  Pollan called that wrong.
And I think going forward, the same thing will happen.  Yes, Real Estate will remain flat for a few more years.  But it will, over time, increase in value by 2-3% a year, which, when combined with the tax savings, make owning an appropriate-sized home still a good idea - if you plan on settling down in one area.  Pollan and I agree on that much.
But the major premise of the book, I think, is flawed.  Pollan says to forget about traditional retirement and expect to work longer - perhaps well into your 70's.  And I think his book was partially the source for baby boomers saying, back in the 1990's that they would "just work until I'm 80 and never retire."
It is a dangerous proposition for a number of reasons.

1.  It can be used to bootstrap bad financial behavior
2.  Many people get laid off and can't find work (like, today for example).
3.  Despite Pollan's claims, sometimes older workers are pretty worthless in today's workplace.
4.  Technology can literally make older workers obsolete.

Let's look at these factors and see how they affect the "We'll Never Retire" or "Die Broke" philosophy.

1.  One problem with the "I'll just work forever" philosophy, is that a lot of people who say this are people who never funded their 401(k) plans (according to Pollan and other sources, about half of all people eligible!) or people who severely underfunded their 401(k) plans.  The "we'll just keep working" mantra reinforces their poor choices, as they can then say to themselves, "Well, it doesn't really matter that I have not saved a nickel, I'll just keep working."
It is important to save money - and here Pollan is schizophrenic.  While he advises to "max out" your contributions to your savings plans, at he same time he says you should expect to work the rest of your life, and to not worry about accumulating wealth.  Which is it?  If you truly "max out" your retirement plans, you should be able to retire with no problem.
2.  The second issue is a common one, and one that has been present in our economy for decades.  Layoffs happen, and when a company is struggling to stay afloat (most companies these days) the first people on the chopping block are usually the older workers - with higher health care costs and higher salaries, and despite what Pollan says, lower productivity.
So, it may be all well and fine to say, "I'll just work until I'm 70" but your company may have other ideas.  It is typical these days to get a layoff notice in your 50's and never find work in your field or at the same salary level, ever again.
Salaries do not increase over time, but rather drop off after peaking around age 55.  You should expect this and prepare for it.  Yet most people do the opposite - thinking that their poor financial planning will be offset by continued raises and bonuses as they get older.
Oddly enough, in Japan, this is part of the overall plan.  A person "retires" at age 55, and then returns to their company as a "temporary worker" at a lower salary.  You may continue to work, but you are no longer working your way to the top, but rather winding down your career.  An interesting concept.
3.  The other day, I was at a restaurant, and an older woman, who clearly was old enough to collect Social Security, was trying to work the cash register.  Her story was a sad one.  Her husband had died, so her Social Security was cut.  They had failed to save enough money, and she had to go "back to work" for the first time in decades.  Since the last time she worked, a lot of things had changed.  Modern cash registers befuddled her, and as a line of customers backed up, she became more and more befuddled and made more and more mistakes.
Compounding this, at age 70, she was not well, and standing on hard floors all day long were not in the cards.  She had to take frequent breaks and was a burden to the rest of the employees, who ended up covering for her and picking up the slack.  Needless to say, after a week or two, the manager finally had to let her go - keeping her on only as long as he did because he felt sorry for her.
It was humiliating for her - she tried to get work, and found that even the lowliest "McJob" was beyond her capabilities.
Granted this is somewhat of an extreme example.  But it does illustrate how older people don't always make the best workers.  You may say you want to "work until age 75" but bad knees, failing eyesight, and failing memory may prevent you from doing so.  And obsolete job skills may make it difficult for you to find work as well.
4.  Which leads us to the next point.  Technology marches forward over time, making your skill sets obsolete, unless you continually retrain yourself.  And learning is so much harder to do as you get older and the brain fossilizes.   Think about it - kids figure out the latest computers at age 15, while you struggle to understand them.  What is easy for them is hard for you.
I see this all the time in the auto repair field.  I visit some small one-man shop and listen to the owner grouse about these "newfangled computerized cars" and lecture me about how the 1965 Chevy was the best car they ever made.  "A man can fix a carburetor!" he says.
That's all very well and fine, if all your customers have 1965 Chevrolets.  But most have 2005 Chevrolets, with electronic fuel injection, which need diagnosis and repair.  If you are not willing to learn and improve your skill sets, your business will suffer.
And when I return to the shop a year later, I see that "Old Gus" has decided to throw in the towel and retire - as he is not willing to keep up with the times.

So what does this all mean?  Well, working into retirement is not a bad idea, but don't count on it as a God-given right.  Your mental and physical health may make it unfeasible.  And the job market will determine whether you can find work or not - not your desire or intentions.
Some sort of retirement is in the cards for most of us - those of us who do not keel over and drop dead on the job, that is.  So planning for it is not a bad idea.
Newer Post Older Post Home