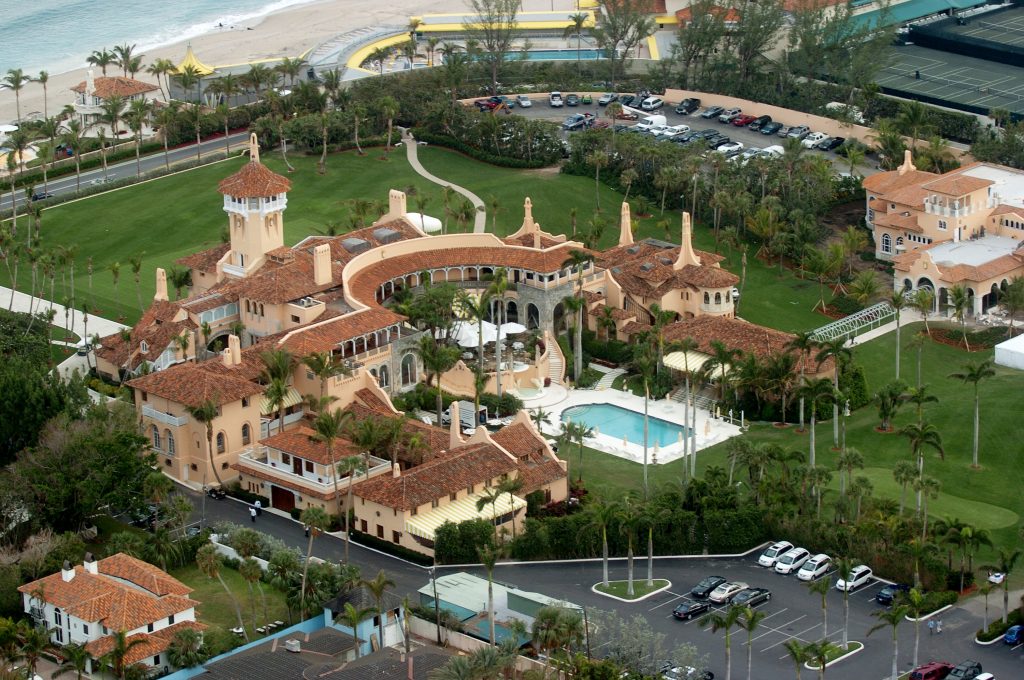 Maybe if people thought about the legacy of Donald Trump before voting for him, the last election would have turned out differently.

Although there is a lot of hand-wringing going on, and pulling of hair, and rending of garments, our nation will survive the Trump Presidency.  We've had more than one oddball president through the years, although mostly we don't like to talk about them.

One thing that comes to mind when thinking about the post-Trump era is where the Trump Presidential Library will be located and what exactly it will comprise.

I had a nightmare last night that Donald Trump had left office after 4 years and established the Trump Presidential Library in Mar-A-Lago Florida.  Trump's private club, once the home of E.F. Hutton, will now perpetually be emblazoned with the Trump name in ten-foot high gold letters.  Inside, librarians will carefully curate the massive collection of cross-indexed and annotated Presidential Tweets accumulated over the four years (or less) of his presidency.  I'm not sure there will be any books in the library other than some political tomes, copies of articles from Breitbart and perhaps a few comic books.

In short, it will be the most un-presidential presidential library ever known.   And it will be wildly popular with the die-hard Trump fans, who will oooh and aaaah over the displays of his golden bathroom fixtures and other Trumpian bling.   The plebes love that sort of shit.

But that is years (or mere months?) from now, and whether Trump serves for four or eight years or even a shorter amount remains to be seen.  It seems that hyper-partisan politics is the new norm these days.  And I think most Americans let out a huge yawn when they hear stories about impeachment, which are to say the least, slightly premature.

Sadly this is the legacy of Watergate.  It seems that each political party has been out to get the other ever since Nixon resigned.  The Republicans want revenge and the Democrats want revenge on revenge.

In the James Bond movie, From Russia with Love they claim there is an old Greek saying that when one sets out on the path of revenge one should dig two graves, first.  I'm not sure exactly what that means other than it sounded really cool in the movie.  But maybe that saying, if it indeed is an old Greek saying, has a point.  The desire to avenge the memory of Richard Nixon has only led us to more acrimony and divisiveness.  Nothing was accomplished with the persecution of Bill Clinton for his sexual dalliances.  Nothing will be accomplished by these highly amplified calls for Trump's impeachment, when no criminal acts have been shown as of yet.

We need to be careful playing this game, because the next president will have to live with the same level of civility or lack thereof.  Sadly, it seems that both political parties are convinced that radical politics are the answer, and anyone that disagrees with them should be forced from office.  Neither party, it seems, represents the will of the majority of voters, who are smack dab in the middle of the road.   I do not believe such radical solutions will alleviate such bitter partisanship.
Newer Post Older Post Home