Why Harley-Davidson Has A Problem 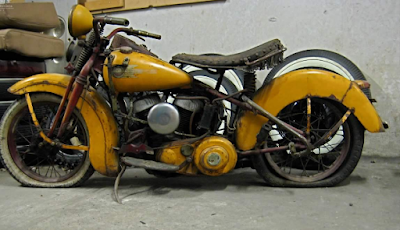 Can Harley-Davidson appeal to the next generation of motorcycle riders?

A lot has been written recently about the declining sales of Harley Davidson.  Last year we went to Milwaukee to visit their Museum and I found it very fascinating.  The only motorcycle that appealed to me personally was an antique museum-piece Flathead from the early 1930s - like the one shown above, but in better shape, of course.  It had that great old-timey motorcycle look, and was really not a very large motorcycle.  But then again I used to own a Russian-made replica of a 1939 BMW motorcycle - complete with sidecar. So I kind of like these old-timey things. 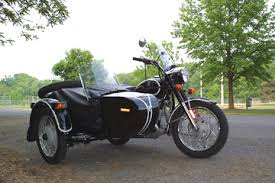 The Ural wasn't very fast, powerful, or intimidating, (or expensive) but it was a whole lot of fun - something I think Harley lost along the way.  Ever seen a Harley rider smiling?

At the end of the tour they had a lineup of the current models of motorcycles, and none of them really appealed to me too much.  The only current or recent vintage Harley-Davidson that would really spark my interest would be a used Police Special.  I've seen these for sale at government auctions, and although they are battered and scratched, they have that very industrial and purposeful look to them that is lacking from some of their other more modern bikes.  It seems the entire Harley lineup has been hit with an ugly stick - twice.  Their low-cost lineup looks cheap-looking, as if to punish the buyers.  The rest of the lineup seems to favor "tough" looks.  They are not pretty bikes.  Someone needs to tell them it's OK to make an attractive product.  Not everyone wants to be an outlaw. 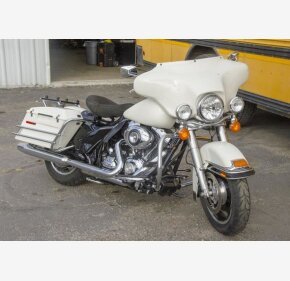 An old used Police Special, replete with faded decal outlines, scuffs on the pipes and holes where the radios and lights went, that's more my style.

In the product lineup at the museum, they had a number of trikes on display, and two very, very, overweight men we're looking at one of the trikes and contemplating purchasing one. The demographic for Harley-Davidson tends to trend older, and this does not bode well for the company.  Also, the image that the company has carefully nurtured - that of the outlaw biker - doesn't necessarily appeal to mainstream America. 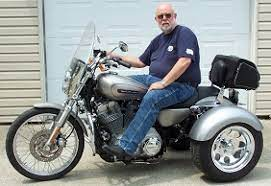 If millennials don't see themselves riding this monstrosity, maybe there isn't something wrong with millennials, but rather the product being offered.

Regardless of whether the stereotype is accurate or not, when most people think of a Harley biker they think of some large heavy overweight middle-aged man who probably smells bad and wears a jacket with patches on it and a skull and crossbones on the back. He has a large mane of dirty hair covered with a bandanna, and enjoys annoying people with his loud straight pipes. 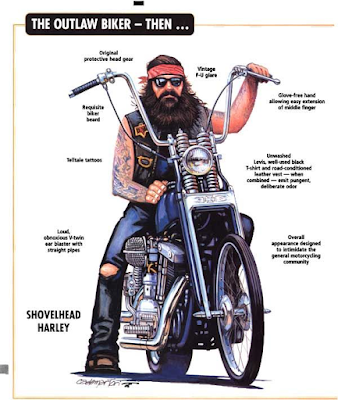 Maybe that is an inaccurate stereotype, but it does seem to reflect what a lot of people are aiming for when they buy a Harley. And increasingly it is a role model that more more people are not very comfortable with.  Not everyone embraces the culture of belligerence, although it sells a lot of monster trucks and Dodge Challengers.

Harley-Davidson cornered the market in large American-style motorcycles. They did this by being the last American motorcycle manufacturer standing when all others went out of business.  It also didn't hurt that they went to the International Trade Commission and got an exclusion order preventing Japanese motorcycle makers from selling bikes larger than 750cc without paying a huge import tariffs.  This left them with the large motorcycle market in the United States to themselves.

The other thing they had going for them was the image of the American Motorcycle.  Overseas, this tends to sell, as people in foreign countries, despite our often atrocious behavior, pine to emulate Americans in many respects. A sizable percentage of Harley-Davidsons sales are from exports, just as Airstream sells an awful lot of trailers in China and Japan these days. These American icons become expensive status symbols overseas.

And they are expensive status symbols here as well.  A basic Harley-Davidson can cost you more than a fairly decent new car these days.  So it is not surprising that many millennials are not forking over $10,000 or $20,000 for what is basically a fair-weather friend and part-time toy that could end up killing or maiming them.

But the problem with any monopoly is it that other people will try to hone-in on your deal.  And there is no secret sauce to making motorcycles.  The Indian company purchased the rights to the Indian name and started making Indian brand motorcycles. Polaris, another American company which had made snowmobiles and ATVs, got in the game with their own version of the American V-Twin as well.  Eventually Polaris and Indian merged and are turning out to be a formidable competitor for Harley-Davidson. 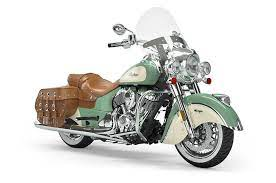 Indian has cut into Harley's sales, and much of the appeal is in their retro-styling.

Using the International Trade Commission to impose tariffs on products is really only a temporary measure as companies can simply move manufacturing to the United States, or indeed homegrown companies will move into that space.

And other motorcycle companies have sprung up to serve the needs of the next generation of customers. The Janus Motorcycle company, for example from Indiana is selling a line of 250cc single-cylinder bikes that appeal to the younger generation that want something smaller and simpler. They offer three models one an enduro, one a retro, one in a cafe racer format. These are smaller simpler and less expensive bikes that a 20-something might find more interesting than some big bloated hog. 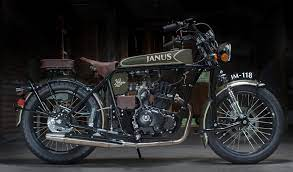 Janus sells this retro 250cc bike which might appeal to a younger generation.

And while the people at Harley Davidson might dismiss the Janice folks as selling mere toys, like anything else they might morph to a larger bike down the road - just as Harley did originally.   250cc's can lead to 500cc's and then to 750 and then who knows what.  Again, there is no secret sauce to making motorcycles and there are no barriers to entry in this marketplace. 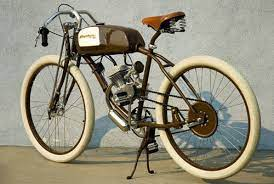 Hipsters are making and selling motorized bicycles, which have a very retro look that seems familiar... 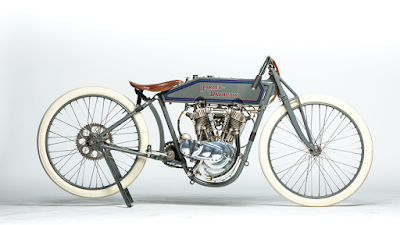 Oh, right, that's where I've seen this look before - in the Harley-Davidson Museum.  The 1915 Harley Board Track Racer....
I'm not sure how Harley can pull out of this nosedive. I'm not sure the next generation wants to be bad-ass biker dudes like their parents and grandparents before them.  And I'm not sure they want to buy the previous generation's idea of a Harley-Davidson - the Fat Bob's and Lowriders and Trikes. But if the success of Indian and Janice is any indication, as well as surprising success of Triumph, Ural, Royal-Enfield, and Indian brands illustrate, the retro look is very much alive and well in America, and people appreciate the old style of motorcycles.  Indeed, one of the largest growing segments today is folks restoring old Japanese bikes from the 50's and 60's.  Some young hipsters today are even making their own versions of the motorized bicycle, much as the original Harley Davidson was back in 1915. 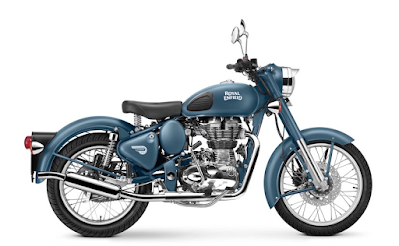 The Royal-Enfield, once a British make, is now being built in India - and imported into America.  Again, note the old-school styling.

Maybe the inspiration for the next generation of Harley-Davidson is sitting right there in their Museum, if they bothered to look for it.  Just a thought.
Newer Post Older Post Home