Happiness is Just Being Alive 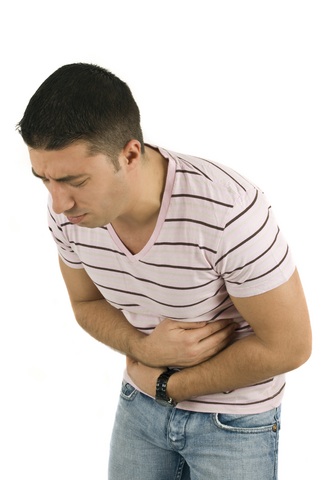 If you have health issues, what constitutes "happiness" often boils down to a pain-free day.


A reader sends a link to a rambling article about early retirement.  The author worked for a software company that handed out $3M annual bonuses (!!!) which certainly sounds nice to me.  The article is interesting, as it touches on topics that you read about a lot in the press recently, the so-called "happiness index" and so forth, as well as articles claiming that being retired sucks and that working for a living is such a great thing (newspapers know what articles sell, and the working class drones want validation that the situation they are forced into was actually a life choice).

For me, early retirement (and certainly not that early) was precipitated by health issues.  And over the last decade, I have slowly worked my way down to zero work, going from full-time, to part time, to part-part-time, to eventually the point where the cost of malpractice insurance exceeded my annual billings and it was time to pull the plug.

What caused me to do this?   It was at a conscious and subconscious level, to be sure.   I felt that my mental faculties and skills were starting to get rusty.   The laws were changing, and I promised myself not to be "that guy" - like the old attorney I met wandering around the public search room at the Patent Office, muttering to himself and asking people like me if I had any "search work" for them to do.

By the way, the public search room closed well over a decade ago, so a reference to that right off the bat, dates me as an old codger.   How did that happen?  Going from Young Turk to Old Codger?  And it seemed to happen overnight, too!

I realized I was quickly becoming "that guy" when, during an Examiner Interview, I was reminiscing with the supervisor about the "good old days" in Group 260, back in 1987, when the young Examiner at the meeting chimed in, "1987 - that's the year I was born!"   Um, yea, thirty years do go by in a flash, don't they?

By the way, the reference to "Group 260" dates me as an old codger as well, as they went to four-digit group numbers well over a decade ago.  When I started work at the Patent Office, we had no desktop computers, unless we brought them from home.  We were given paper and pencils to write our Office Actions on.  Time, it seems, accelerates as you get older.

But health issues were also in the back of my mind.   Not all dogs live to be 14, and you have to make the most out of your life while you are still living it.   This idea of working until 70 is fine and all, but that may mean a very short retirement, or indeed, no retirement at all.

Mark drove this idea into my head.  His Mother died at age 52, the same age as my sister passed away.   Both died with a head full of dreams, plans, and goals in life - dreams that were unfulfilled in part, because they assumed they had more time down the road.  Mark has never wanted to make that mistake - if we want to do something, we find a way to do it, now, not in the future, not at time far-off in the distance.   And for the most part, we have done all we've wanted to do, and then some.

I am recovering from a small diverticulitis attack today - one that has bothered me for the last few days.   It is uncomfortable and indeed painful, and I didn't want to end up in the hospital (again) as I was this summer in Alexandria Bay, New York (nice hospital there, with a water view, no less).   So I took an Aleve (naproxim sodium) to bring down the inflammation.   Seems counter-intuitive, as some anti-inflammatory medicines actually aggravate the GI tract, but sometimes it works.   Beats going to the doctor and taking prednisone and antibiotics which cause tendinitis and my bicep to partially detach.

But of course, the fun doesn't end there.   Sadly, I am allergic to most pain medicines (thank you God! - I mean to have a word with him about that when the time comes) so of course I broke out in hives - as usual.  Hives is inconvenient for me, but scares my doctor to death, as he is certain I will choke to death as a result, so now I have to carry around an epi-pen as a result.

So here it is, day four, and my eyes are swollen up giving me a mongoloid appearance, or I guess I should say Down's syndrome, as that is more politically correct.  Or is it even politically incorrect to say that now?  Or can I now claim to be mentally challenged or intellectually disabled as today I can self-diagnose myself with Asperger's syndrome like half the planet already has?

Anyway, the swelling will be gone in a day, and by then I will be just swell.   Unhappy?  Far from it.  I don't spend a lot of time worrying anymore whether I am "making the best use of my time" or whether I have some purpose in life, or whether I should be doing something constructive - you know, all that crap and bullshit that people in good health all the time worry about.

"You'll be unhappy in retirement!" the reader chained to a desk, house, wife, kids, and shiny new SUV payments tells me, "People need work in order to be happy!"   And that is, to some extent, true - we all need to do things to alter our environment, otherwise learned helplessness kicks in, as well as mental depression.

And I feel sorry for people with depression - because it is a horrible way to go through life, being unhappy all the time, as life is so damn short and depression is a waste of it.   And I wish I had an answer for them, but maybe they need pharmaceuticals and professional intervention.  For me, doing things, changing my environment, having fun, being with someone, all make me happy.   Not being in pain makes me happiest of all.

And there is chemistry and science behind this.   Maybe I have become a pain junky.   It seems the brain releases organic forms of opiates when you are in pain - endorphins.   So right after one of these diverticulitis attacks - or gout attacks, which are rare these days - I am almost euphorically high on endorphin after-effects. The pain is gone, but these chemicals are still coursing through my bloodstream, I guess.

When you get older, what constitutes "a good day" becomes a narrower and narrower proposition.  For me, a good day starts with a good bowel movement - and that sort of sets the tone for the rest of the day.   Maybe you don't appreciate that right now - but you will, eventually.

So you'll have to pardon me if I chuckle a bit about these articles extolling the "happiness index" or arguing that early retirement is a horrifically bad thing.   I am in a position right now where I can spend time taking care of myself, watching my diet, going for walks, and generally having fun and having a good time.

Given my health issues, I may not live as long as some people, but I don't feel cheated out of life, as there is more to life than the sheer length of it, but the quality as well.   And I have learned, out of necessity, to be grateful for what I have in life and what I have achieved.   And a pain-free day is the best day of your life, whether you realize it or not.   Eventually, we all do, of course.
Newer Post Older Post Home